Language
Korg's Wavestation was a true beast, and now it's back in app form. But have they managed to cage this 90s classic?

When I was growing up, music stores had sections full of intimidating-looking keyboards with similarly frightening price tags, to a teenager at least. Korg’s Wavestation, released in 1990, was one of those: an advanced vector synth which combined and connected waveforms, had a morphing joystick for blending the four oscillators and introduced to the market a unique wave sequence function.

It sounded amazing, and can be heard on countless hit records from the time. The only problem was that its synthesis capabilities were somewhat beyond its hardware interface. In those days, workstation keyboards required you to do everything through physical buttons and tiny LCD screens. A synth as hugely complex as Wavestation required some seriously in-depth knowledge to use to anywhere near its true potential, something which Korg acknowledges. 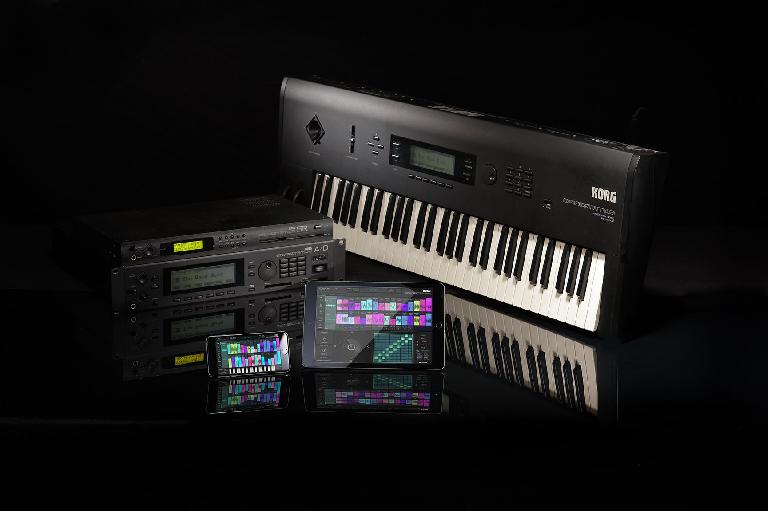 The original Wavestation next to its rather more portable descendant.

Fast forward to 2016 and things are very different. Korg, like other established hardware manufacturers has been recreating some of its classic instruments in software format for quite a while, and more recently iOS has become the platform of choice to do this. Recent iPads and iPhones have much more computing power than workstations did back then, and the touch interface opens up the insides of these instruments in a way that keyboards never could.

So it is with iWavestation, which suits the touchscreen app format rather better than it ever did the keyboard form factor. Featuring all the sounds from the original instrument plus ROM packs available as add-ons, Korg has used software analysis of the original circuits rather than sampling to keep things authentic, and it shows. You get 1500 sounds, over 700 waveforms and 55 effects. 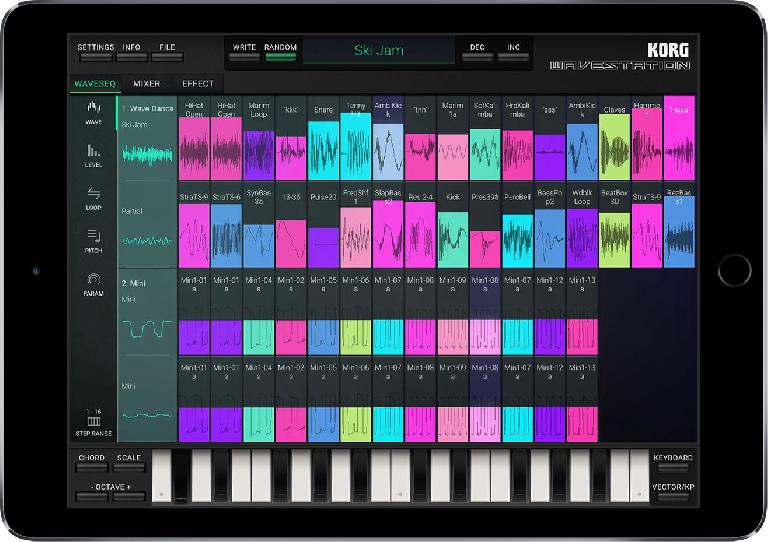 Unlock the awesome power of the synth engine with a touch-friendly interface.

I’ll be honest, there’s a lot to this app: far more than I can really detail here. The core is the Wave Sequencing section where you control the four waveforms, using your finger to paint in sequences, levels, looping, pitch and ADSR amongst other parameters. The Mixer section lets you create key splits as well as controlling scale, levels, key and more per part. The Effects section provides access to the two effect stages with multiple effects available, all with detailed controls. The interface is a pleasing hybrid of a kind of early 90s tech style and modern touch slickness. There’s full MIDI control of many parameters, a randomizer for quick sound variations and of course the legendary X/Y pad which is also highly customizable and a resizeable virtual keyboard. 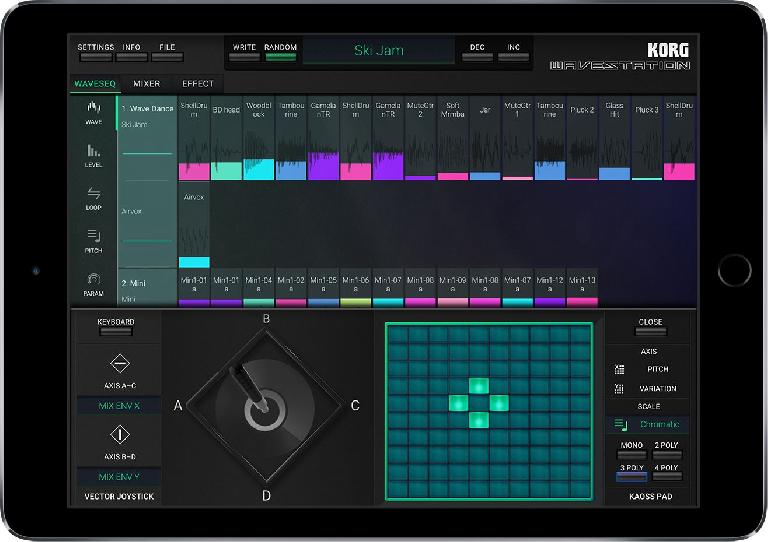 The joystick is back!

This app sounds amazing and immediately took me back to the dance and pop hits of the 90s with its unique character. It made me realise in fact that many of the records from that era must have heavily featured the Wavestation. Have some of its sounds dated? Well yes, naturally. But others, particularly the sequenced, multi-layered pads and soundscapes sound very useable today. Crucially though, editing sounds is easier now that it was back then, so you’re much more likely to create your own unique patches. So whether you’re looking for a deliberately retro set of 90s workstation patches or an extremely powerful, programmable and unique wave sequencing instrument, iWavestation is an excellent way to capture the essence of the legendary synth from which it draws its power.

Pros: Truly authentic 90s sound based on the original circuitry. Touch interfaces opens up editing in a way the original never could. Incredible depth of sound shaping features. Really well designed interface. Can sound retro or contemporary depending on what you choose. Compatible with Korg Gadget.

Cons: Although older iOS devices are supported you’ll likely get a smoother experience on a more recent one. Still a relatively advanced instrument to understand.