Language
Based on the M1 workstation keyboard, Korg's latest iM1 app brings the workstation to your iPad. How does this reproduction of a classic synth work out for mobile musicians? G.W. Childs find out.

Though, I never owned an M1, I saw them all the time, during the '80s. Many of my friends had them, and it was even a central workstation keyboard for a few gigs I played. As such, I got to spend plenty of time with one. Which is good! Because, in this review, I'd like to go over the new iM1 iPad app, from Korg. Is the magic really back? Let's find out!

I've said this many times—of all the companies out there, Korg seems to get its audience better than anyone. And, this attention to their customers needs have not stopped here. Sure to appeal to the fanboys (like myself) right off the bat is the extremely clever and nostalgic way that you get can select the classic patches through the different ROM cards, which look and sound exactly like the originals. Just thumbing through the presets brought back a lot of memories... especially some of those drum kits. I remember using TechDrums! back in the day. It's good to be home! 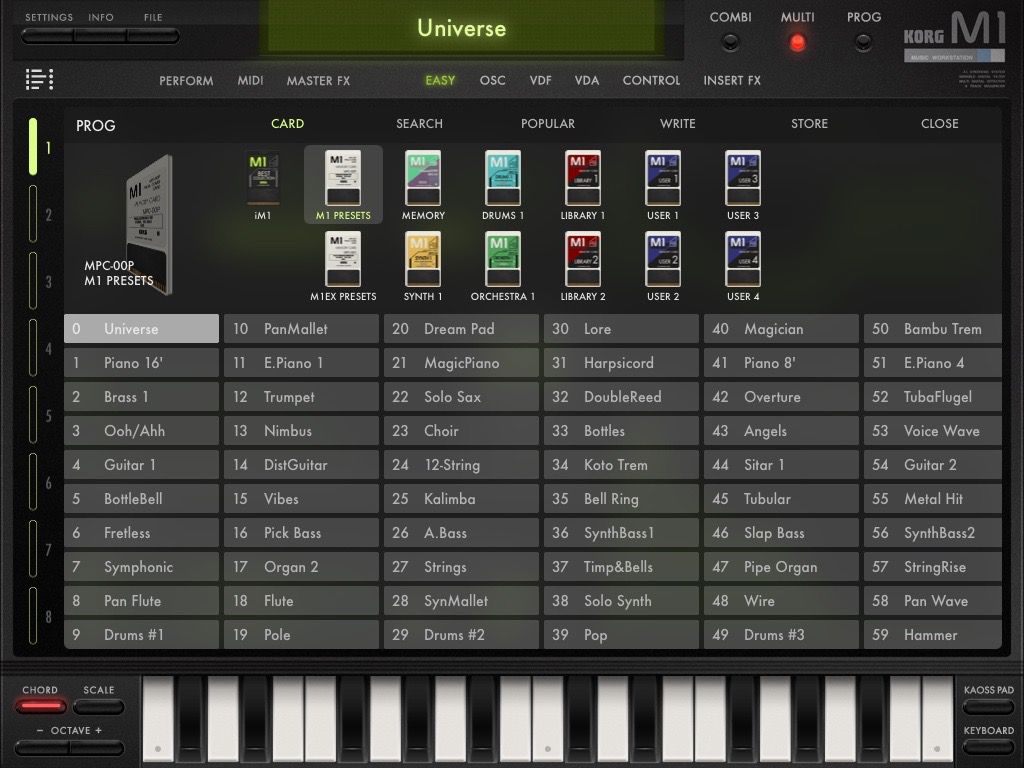 And, if that still isn't enough, you can actually purchase additional packs of cards, which are clearly underpriced. $5 will buy you 16 expansion cards... Crazy, considering they used to start around $100 each, back in the day. Times have changed, right? There's even the T1 set, if you want it all, and want access to what the second generation of the M1 could do.

Now, what I've mentioned currently really only covers what pretty much every other iPad based synth on the market does. True! Now, I'd like to talk about where Korg makes it special. Firstly, the M1 still sports the 'Music Workstation' moniker under the logo. And, it does still retain some of those ability. Sadly, the internal sequencer that was a big part of the M1 did not make it through. But, it is 8 part multi-timbral! This is amazing, considering you're getting technically 8 synths that can run simultaneously, when triggered via MIDI, from a DAW, or even an external MIDI 8 sequencer. This part, in particular, blows my mind, as I remember wanting to purchase a T1 rack mount synth, later on. And, it was still a few hundred dollars! The iM1 goes for $29.99! 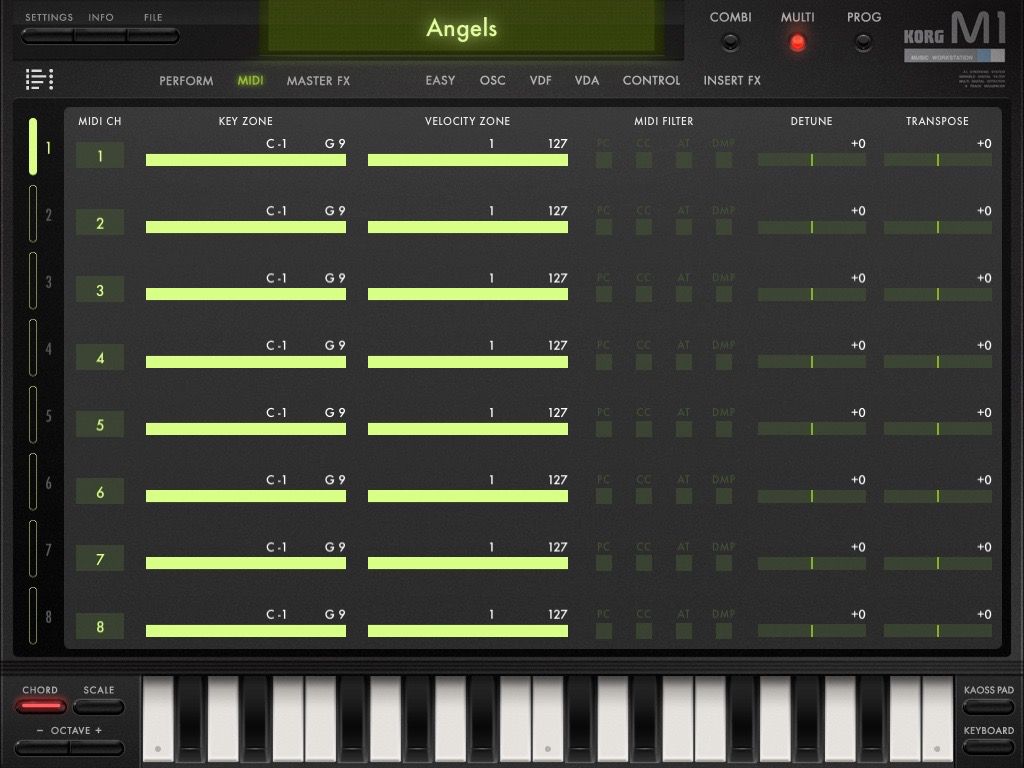 And, thankfully, there is a very nicely laid out MIDI parameters page where you can assign certain sounds to certain MIDI channels, enable MIDI filters and adjust key and velocity zones as well as performance parameters. 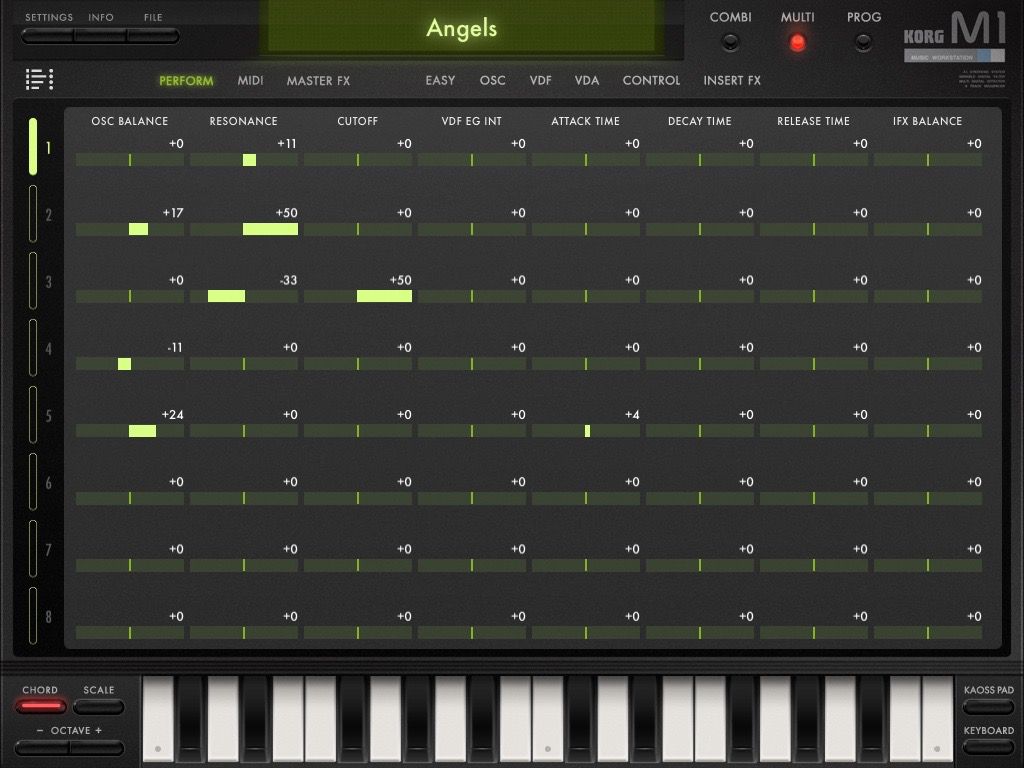 And, if that's not enough, there are even the famous, Korg Kaoss Pads, two to be exact. The left Kaoss pad really excited me, as you can use the familiar joystick mode, that really did exist on the old Korg synths, especially the M1. But, if antiquity isn't your things, you can use the Left Pad to control OSC pitch, VDF, or Pitch. 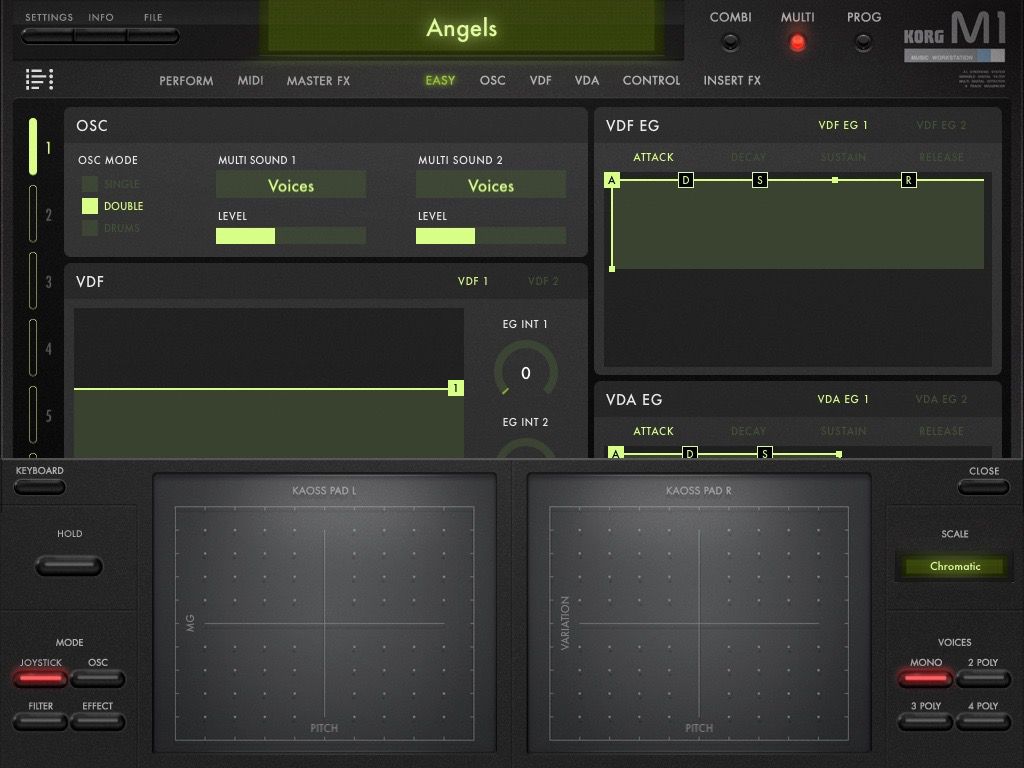 Originally, when I initially heard about the iM1, I was concerned about how editing the synth patches would be on the iM1, as the original's small screen made it almost impossible, without a third-party synth editor. Again, I was pleasantly surprised! Combi patches, as well as the streamlined Multi patches for multi-timbral mode are highly editable within the Oscillator, Variable Digital Low Pass Filter (VDF) and Variable Digital Amplifier (VDA). Though, if you're new to synths, you'll be happy to know there's a very nice Easy mode, for editing patches, or creating your own. 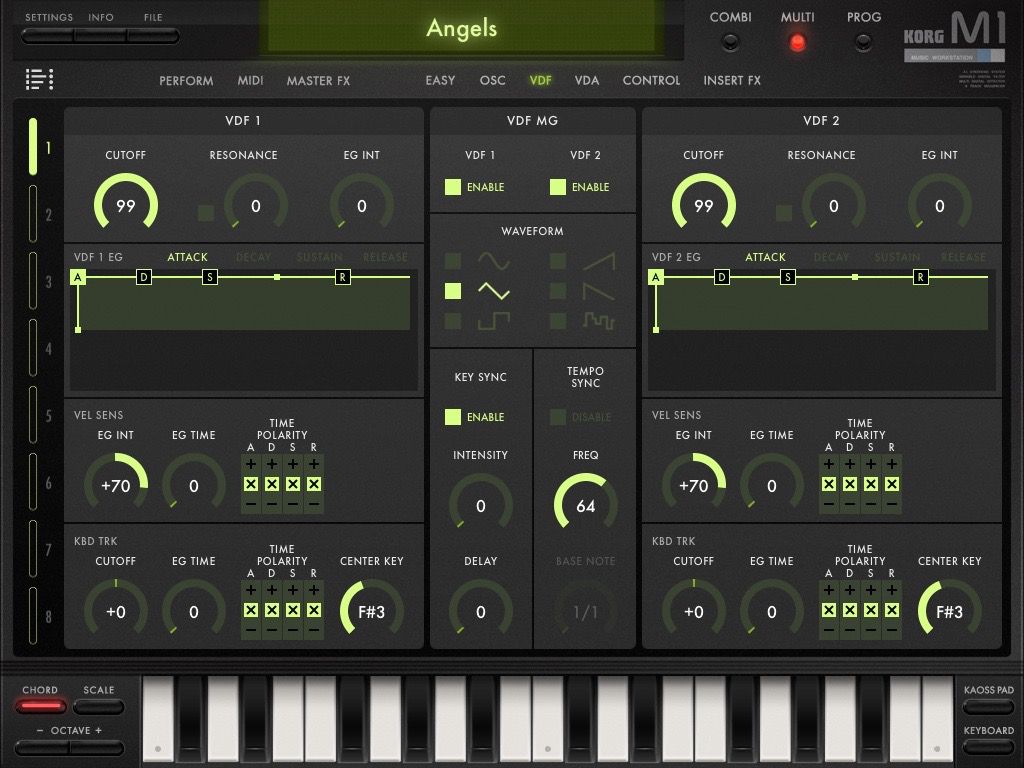 There are even 2 insert FX (which run as sends in Sends in Multi Mode), that feature delays, reverbs, choruses that sound awesome! And, again, are highly editable. 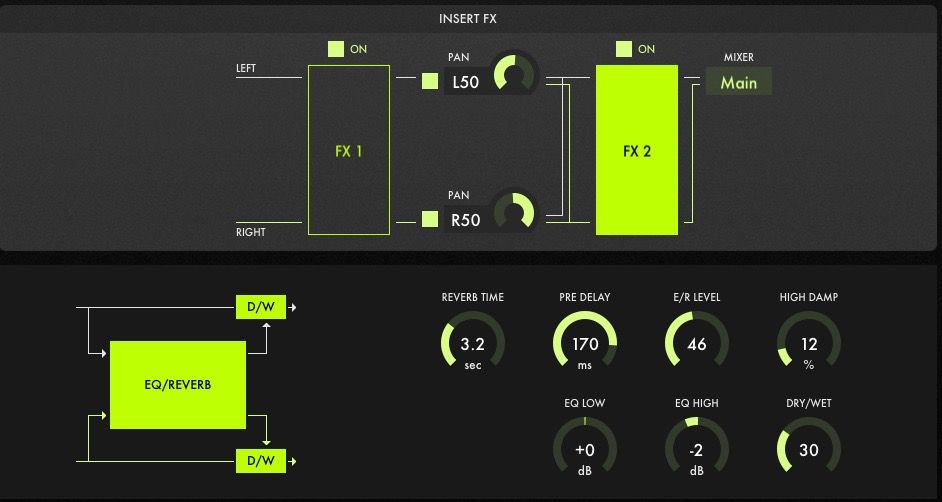 I am extremely impressed with the iM1, and am proud to own it. Having an 8-part multi-timbral synth that's smaller than a notebook is incredible. To have a classic synth that I grew up with available and ready to go for the price that they are selling it at is almost beyond my comprehension. If you're on iPad owner, jump on this!