Language
The Korg iDS-10 has found its way from the Nintendo DS to iPhone. And it comes with improvements which Korg claim make it the synth studio for iPhone users. G.W. Childs puts it to the test...

If you’re looking to spend a little bit of money on a lot of fun, and actually really make some awesome music, and you happen to like Korg... well, the iDS-10 is finally here! And, in case DS-10 doesn’t jog your memory, I should tell you that it was one of the best Nintendo DS music programs I have ever used. In fact, I was obsessed with it. And, in this review, let’s go over my obsession with its successor, the iDS-10, for the iPhone.

Lots to Be Thankful For...

First off, and I’m sure I’m not the first to say this, I’m glad to not have to use the DS stylus anymore. To be honest, it seems that this is really the way the DS-10 should’ve been presented anyway. Though, some of us may prefer the precision of a stylus, I found myself easily tapping in some cool melodies in the built-in piano editor—in fact, much more easily than what I’m used to on many of the other iOS ‘all-in-one’ studio packages.

And, with that being said, what is, exactly, in this ‘all in one package?’ 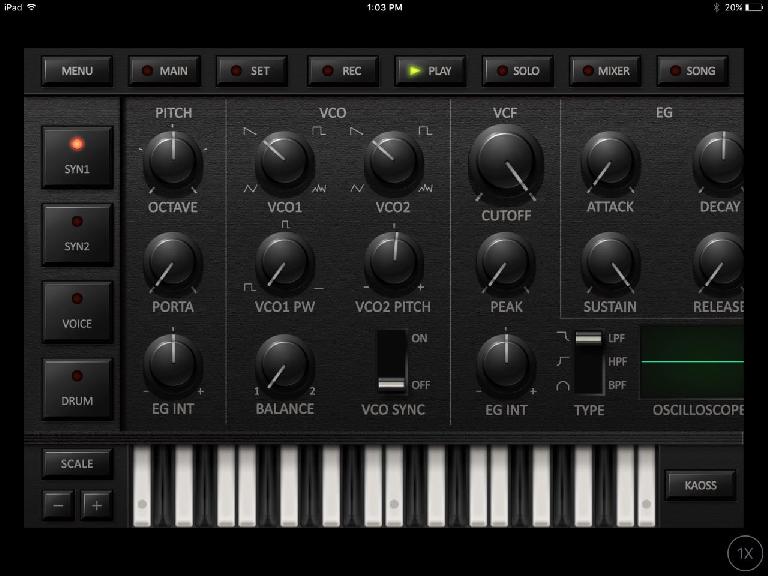 First off, you get two very cool MS-20-ish synthesizers, which have virtual patch cables, and are fully editable synths. You can save/load presets and there are a fair bit of patches included. You can even email patches that you make! And plan on building up a library of your own, as there leaves much to be desired in terms of variety. Also, there is a drum machine, which is fully programmable, and features fully editable, synthesized drums, as well. Finally, there is also a really cool vocoder/voice mode, which allows you to record and vocode external sound, into the iDS-10 app and play it on the keyboard, melodically like a sampler. Or, you can actually type in words, and the iDS-10 will attempt, in vocoded computer speak, to play the words back at you, also by triggering a keyboard. Regardless of its legibility, it’s a lot of fun to jam and play with. 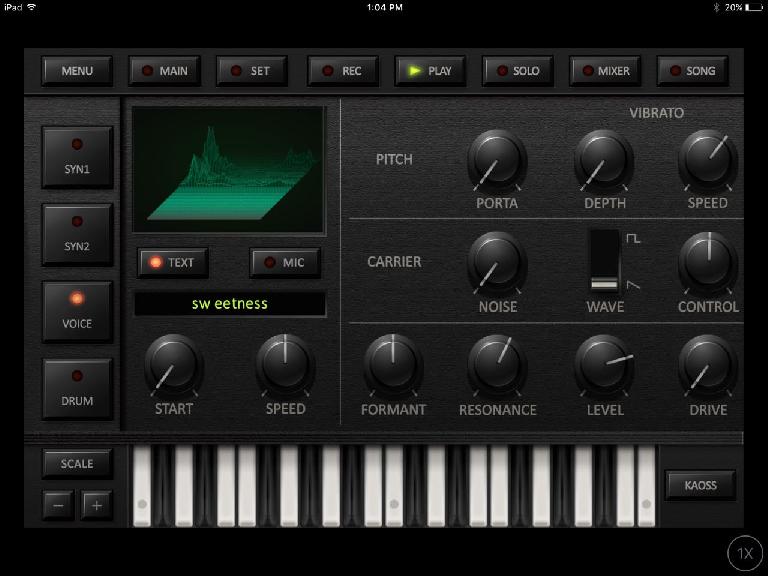 Of course, Kaoss pads are included, and are so much fun to work with, and feature several different scales with which you can ensure an emotional, fun-driven performance, without having to worry about getting out of key (as you’re probably familiar with, in other apps from Korg, like the iMS-20, for example). Secondly, there is a keyboard, for more traditional note entry. 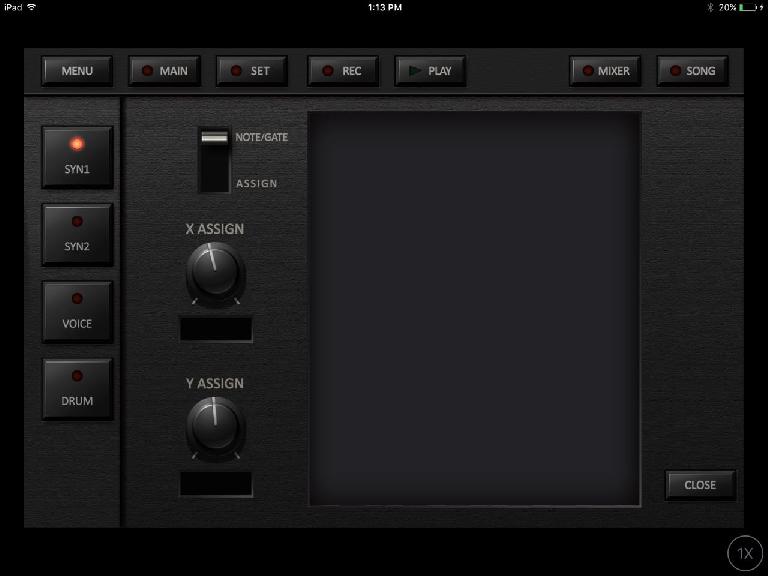 If you’re an Ableton fan, like me, you’ll really enjoy the PTN PLAY, or Pattern Play more. In this mode, you’ve got not only trigger buttons for all of the 32 patterns (each up to 64 steps in length) within a song, but also Mute and Solo buttons. If you’re smart with your pattern utilization, this sets you up to create and perform a pretty elaborate set, especially considering that you only technically need a few patterns to complete a song with certain genres. From one window, you can trigger patterns and control your mix. But if you feel that you need something a little more proper and want several patterns chained in sequence, there’s always song mode. 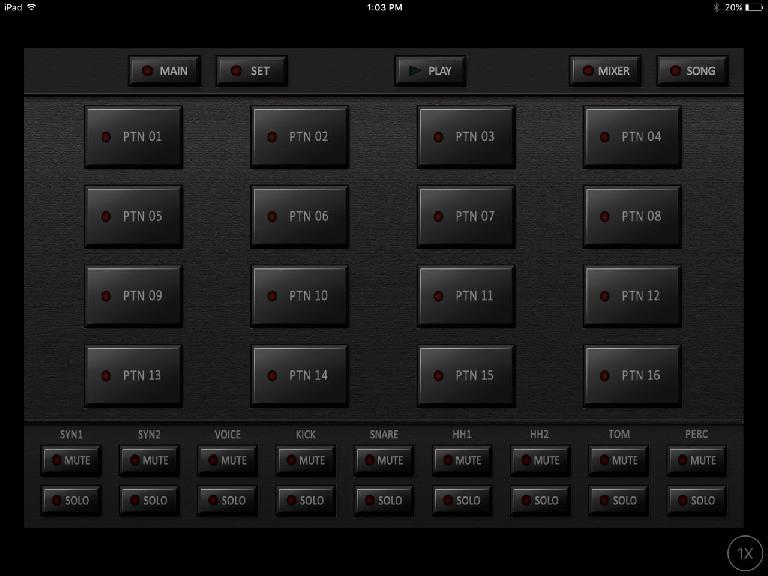 I found myself getting occasional flashes from the play button. Come to find out, this is part of the new Mystery mode, which lays there cryptically taunting you with buttons that won’t work... Well, at least until you open up the mode, by checking out all that is in the iDS-10. I won’t spoil the surprise. But I do so enjoy the developers bringing over some of the whimsicality and character to the iOS platform. A trait I find myself missing very often from music apps.

As usual, I had a great time with this new variation of the DS-10, though there are a few things I was irritated with. For example, I experienced several crashes when trying to use it with Audiobus. In fact, it reported errors the whole time, so I didn’t actually get a chance to run the iDS-10 with my volcas. But it is listed as compatible, so hopefully, whatever bug I was encountering will be gone by the time you get your iDS-10 downloaded. Aside from Audiobus, I had a great time with the fun, and whimsical synth, drum, vox, package, and look forward to spending much more time with the iDS-10. Seriously, I could really see myself making an album with just the iDS-10 and Ableton!

Pros: Powerful, all-in-one, soft synth and drum package that includes a killer vocoder, and a powerful pattern and song mode.

Cons: Currently, it doesn’t appear to play with Audiobus quite well, though it is listed as supported.