Language
Despite the fact we had already reviewing Korg Gadget when it was first released, Toby Pitman took such a nine to it, he insisted upon doing another review! Check it out!

Korg have a pretty good pedigree when it comes to iOS apps with iPolySix, iMS-20 and iElectribe already in the portfolio and a hit with users. I was intrigued when I saw the release of their new app Gadget which houses 15 synths and drum machines of varying types and a pretty well spec'd sequencer and mixer. Was is it just a gimmick or is it really rather good? Let's find out! 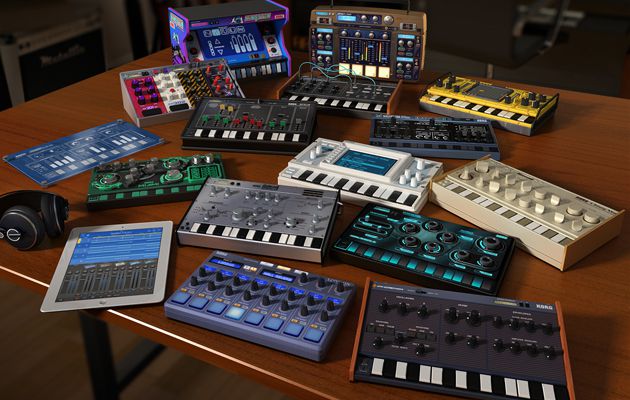 On opening Gadget you're confronted with an empty song file. The interface is presented in a vertical orientation and split into two halves. The top is where you sequence and the bottom is for the mixer and Gadget interfaces. 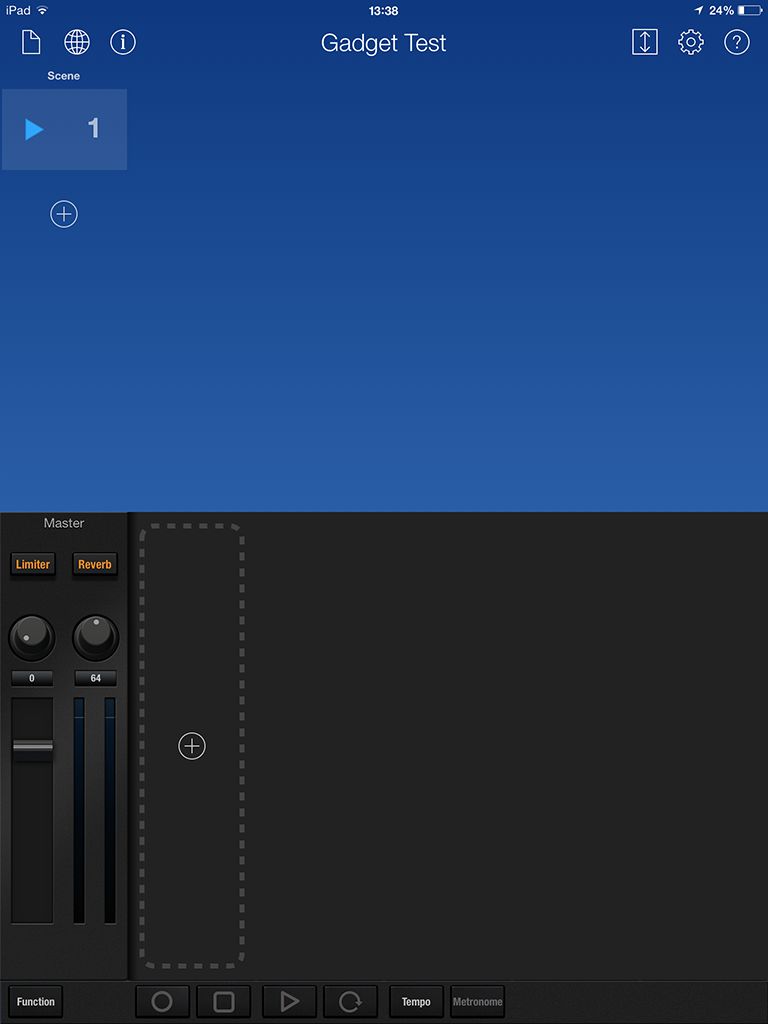 Clicking on the plus sign of the empty track brings up a list of Gadgets. These range from PCM-based drum machines to a range of synths that cover most types of synthesis from PCM, sampler-based to old school analog and all the way up to your wobble wobble! You can add as many Gadgets as you like (or as many as your iPad can take) and if you run out of steam there's a helpful 'Freeze' function too.

Once you've selected a Gadget you just click its icon on the track to bring up the interface. This also brings into play the sequencer view for the Gadget.

There's two ways you can sequence. First is by drawing into the sequencer view by hand (which is easy and intuitive just like a DAW) and the second is to hit 'Record' and play things in via the pads or keyboard on the Gadget. 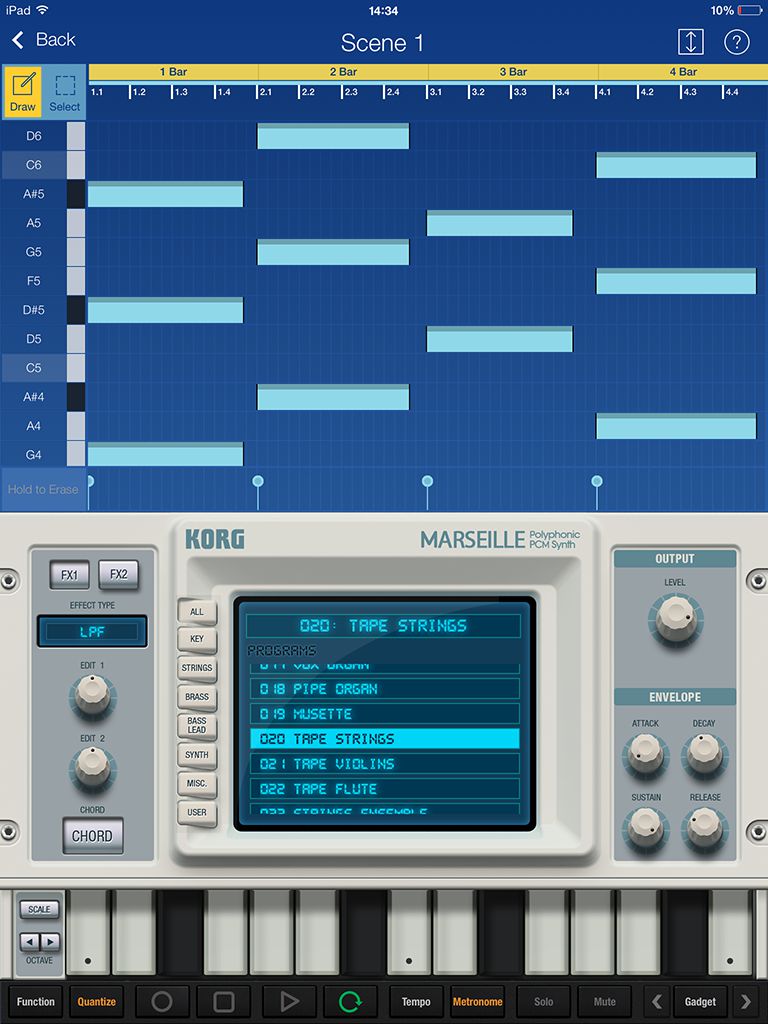 This method is a little trickier as the keyboards are a bit small (although they can be tuned to a scale and resized) so I would suggest using a USB controller keyboard for this. An external keyboard actually really opens up the app as a fairly serious little workstation for electronic music ideas. In fact, I'd say it is the best implementation of easy-to-use sequencing on the iPad. In the main page you can organize your sequences into Scenes to build full tracks.

Another thing about Gadget is that everything is easily automated, from mixer levels to any synth parameter. Just hit 'Record' and tweak the parameter. You can then edit the data in the sequencer view. 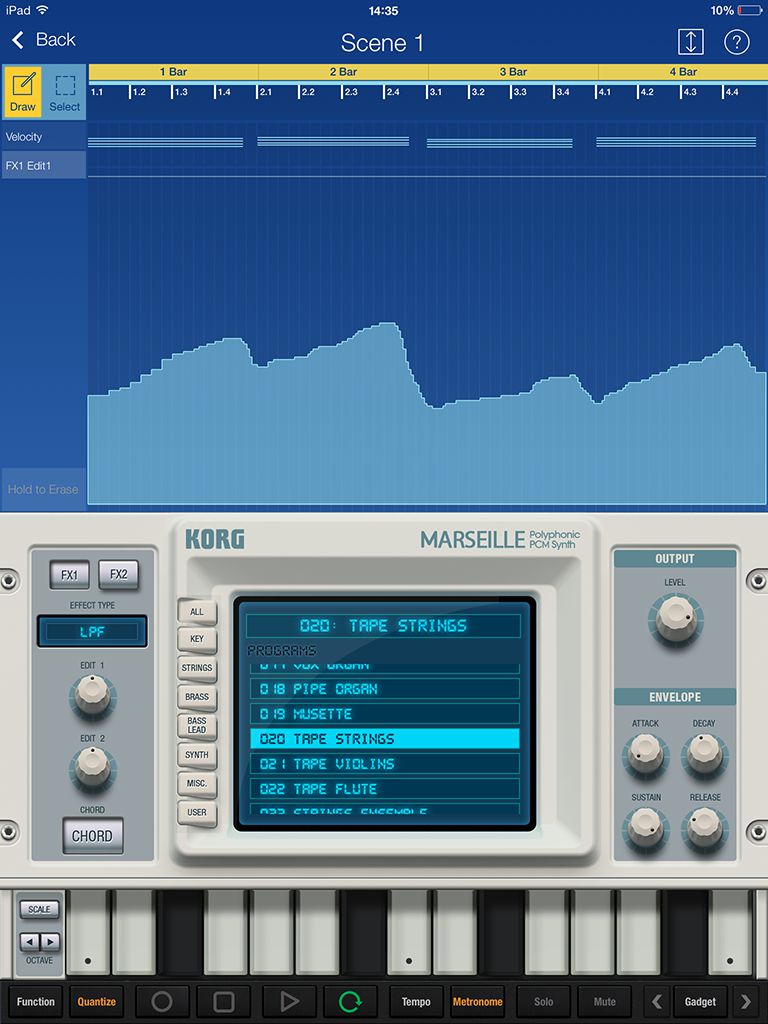 Gadget is a whole lot of fun once you get the hang of it. I found everything is intuitively laid out and I was up and running in about two minutes without having to peruse the manual. The Function key takes care of most hidden features.

There is so much to play with and the drums and synths can produce a seemingly in-exhaustive array of sounds from the bread and butter keyboard sounds, face-melting leads to lush ambiences. There's a ton of presets for each Gadget and enough parameters to keep the budding sound designer happy too. Each Gadget has its own set of FX and you can also save your own Gadget presets which is handy. You easily share your tracks to SoundCloud or export to AudioCopy, audio file or Dropbox. Cool!

On the whole, Gadget is fun and easy to use and can output some pretty stunning results. Definitely not just a toy, a big thumbs up!

K808
I bought it and I love it. I run it into Live through my Focusrite Interface and record it that way, but the export to DropBox feature it great. ...Didn't know about that until I read it here. :)