Gadget 3 is finally here and it brings Korg's innovative music-making system to the Mac desktop for the first time. Oh, and did we mention it now features audio recording as well?

Korg is now probably just as well known for the excellent software versions of its own vintage synths it creates as for building those same hardware synths in the 70s, 80s and 90s. Lately the company has turned its attention not just to other classics like the ARP Odyssey but its own seminal 90s hardware like the Wavestation and M1. Gadget however is something quite different. It’s Korg’s take on a DAW but like NI with Maschine, it’s not trying to replace Logic or Cubase, at least not yet. Rather, it aims to blend Korg’s expertise in instrument design with a faster and more immediate environment for programming, all combined with the ability to work easily across different devices.

For the uninitiated, Gadget is a kind of “DAW lite”, which is not a criticism. There are plenty of big, complex DAWs available on the desktop, and even a few for the iPad. Korg explicitly suggests that Gadget is suitable as a “second DAW”, one that doesn’t distract you with hundreds of features but lets you focus on sequencing and tweaking sounds. I think this is a good level at which to pitch it, trusting that Korg will get the tone right.

There is now feature parity across the iOS and Mac versions (Windows users are out of luck for now) and this is the first time the application has come to the desktop environment. As powerful as iPads are, desktop Macs still have far more grunt and will continue to do so for many years so this move was a sensible one. When you buy the Mac version you also get the included Gadgets as plug-ins to run in your DAW which is a nice bonus, and really gives you more bang for your buck. The extra screen space on a desktop means Korg has been able to implement a new four-way split window that shows you each of the key sections at the same time. This is very useful, and you can alter it by dragging certain borders (though not all) or showing and hiding different elements. Full screen mode is of course supported. 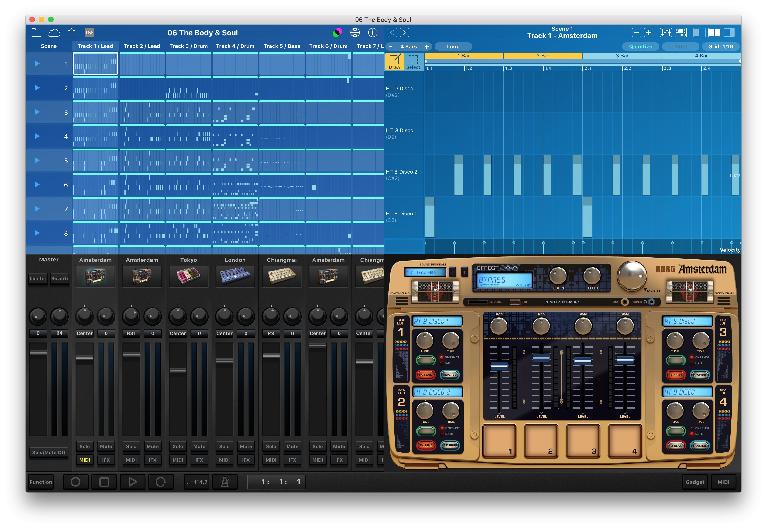 What else is new?

The fundamental workflow hasn’t changed much in version 3. The Mixer is where you add Gadgets from the selection of 30 supplied in the Mac version, and 18 in the iOS version, with several remaining ones available as in-app purchases. The Mac version costs significantly more than the iOS version, which is one reason it comes with the full complement of Gadgets. There are a range of synths and drum machines, mostly named after places for some reason and all with really amazing graphics. Whoever designed the look of these things should be very proud. Many are unique instruments but some are re-badged versions of existing Korg software instruments. 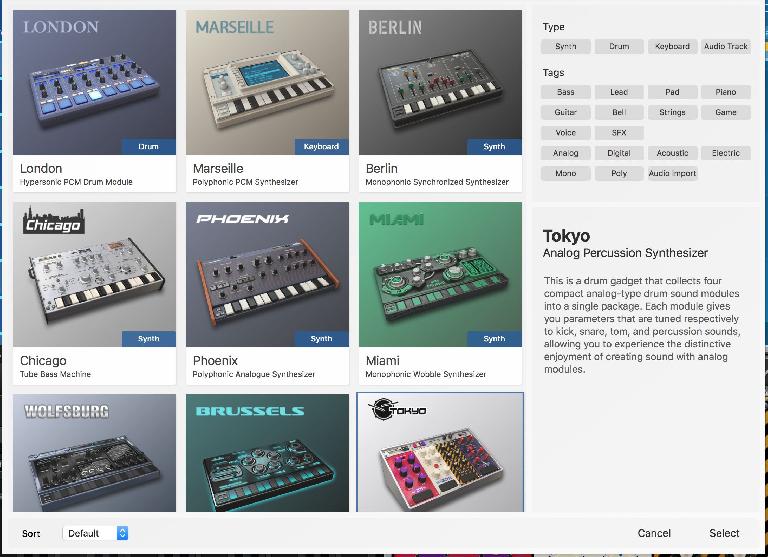 You add Gadgets and use the piano roll editor to program patterns. Tracks and Scenes are created to let you build up your project and you trigger these in a similar way to working with Scenes in Ableton Live. Speaking of which, Ableton Link is now supported so you can sync effortlessly with the rapidly increasing number of mobile and desktop apps that have it, and you can even export Live-compatible versions of Gadget projects for ultimate interoperability.

The MIDI editor is more flexible than it first appears and works the same way using touch on iOS and the mouse on the Mac. Program MIDI parts, work with notes and dive into the CC editor to add or edit data for many different parameters from mixer levels to panning, synth controls, FX sends and more. It’s a clear and fast way to work with automation inside a MIDI clip. Zooming and folding are also available to help you navigate MIDI parts, and overall it works really well. 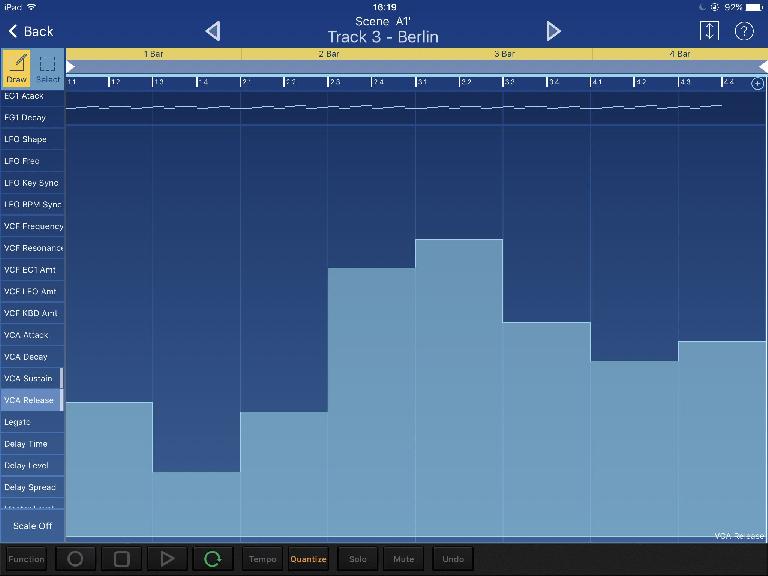 Working with Gadgets is easy, with each one having great presets and a bunch of controls specific to its design. There are some awesome synths and drum machines, plus effects available both inside a Gadget and as more standard insert effects in the mixer. External plug-ins aren’t supported but there’s plenty available inside the app anyway. 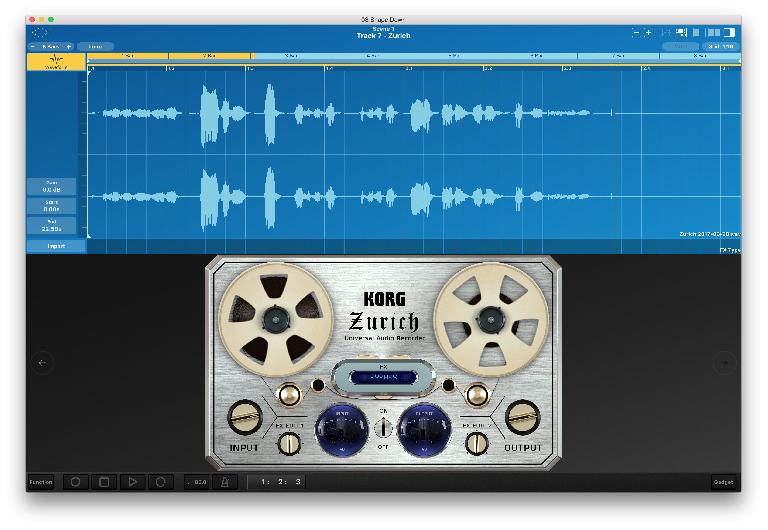 One of the major new features is audio recording and this comes courtesy of two new Gadgets: Zurich (for general recording) and Rosario, which is tailored to recording and processing guitars. These are essentially pretty straightforward : load one up, arm it for recording, make sure your audio inputs are set correctly and record as many bars as you like. You can import audio files as well. Audio editing seems to be pretty basic at the moment, with gain and loop points the only real edits you can make. The Gadgets do work really well though, with some excellent processing available in the guitar module and clips slotting easily into your project just like MIDI does. More flexible audio editing is something that is very likely to appear in an update. 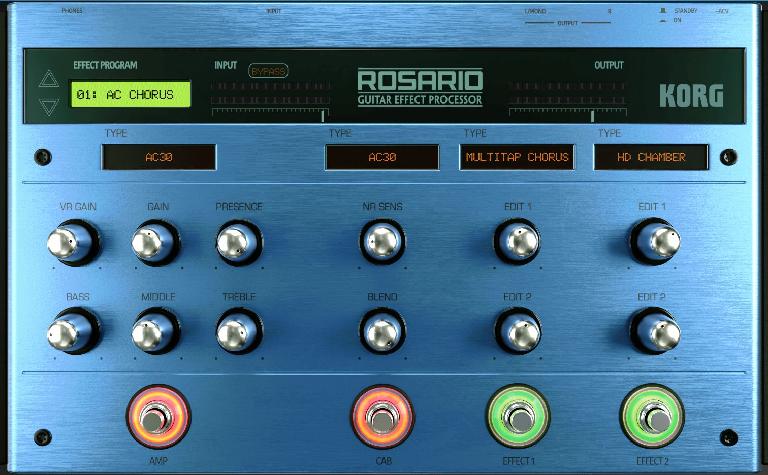 There’s also Recife, a 16-pad, sample based drum machine which provides a different sound set to the other beatboxes on offer, which are powered by synthesis. On both desktop and iOS versions, Korg uses the same clever space-saving method for accessing different tools. Press the Function button and Mixer and arranger area elements get overlays that allow you to delete, duplicate, freeze, copy or paste different kinds of data.

When it comes to getting data in and out, version 3 of Gadget has plenty of options. As well as MIDI and audio file import and export you can link Dropbox and Allihoopa accounts for sharing song data as well as using Korg’s own Gadgetcloud. Perhaps most usefully for Mac users, iCloud Drive support is seamless, meaning you can start a project on the move, save it to iCloud and continue it on your Mac. Or indeed the other way round, since projects (including audio recordings) are completely interchangeable between desktop and iOS. There’s also AudioShare support, if you have that installed on your iPad or iPhone. 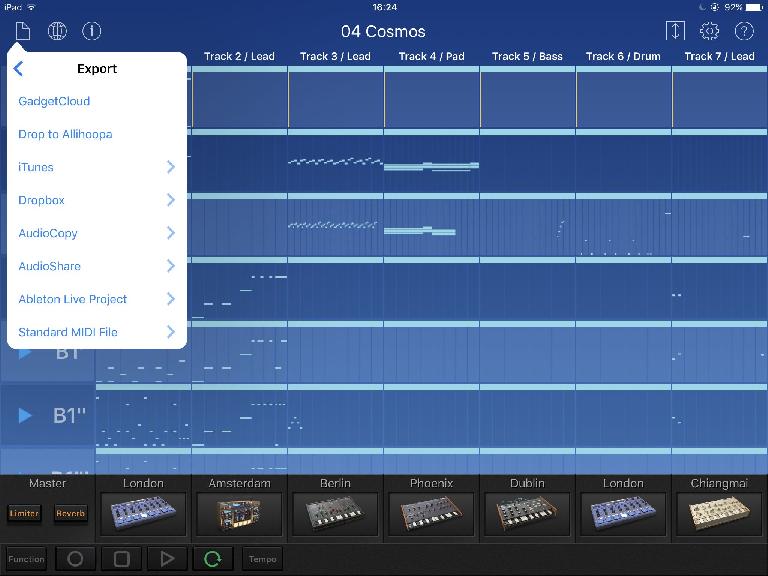 Gadget 3 is a great sequencer that balances immediacy and ease of use with the possibility to do some more advanced stuff. It’s pretty EDM-focused, whatever claims Korg may make, owing to the fact that the majority of Gadgets are synths of one kind or another and the programming method is a piano roll. This is starting to change however, with audio recording support and Gadgets available from other Korg apps like Module introducing new kinds of sounds.

One of the best new features for my money isn’t even one of the most glamorous, and that’s the seamless iCloud Drive support. It’s only one of the ways to get stuff on and off your devices, but it works so easily that it really will make people use Gadget across all their gear, since it doesn’t make you work to achieve it. There’s still room for additions, especially in the area of audio editing, but these will surely come. The desktop version is arguably a little expensive too, though it is on sale for a while after launch. And you could argue you’re also getting a bunch of plug-in instruments for your investment. Ultimately, Gadget has its own way of doing things and it’s great-sounding and fun to work with. And the more fun something is, the more likely you are actually make things with it.

Update from Gadget 2 is free

Graham
The only caveat is that it doesn't work well with older iPads. I got constant cracking on my 3rd gen iPad. Of course my iPad is ridiculously out of date. I backtracked to the last version of Gadget (2.9.3 i think), and don't have the processing issues I was having with v3. When they do a rev to optimize some more I'll give it another try.