Korg's Gadget 2 introduces new instruments and FX as well as more DAW functionality than ever. There's a reason why it's Matt Vanacoro's favourite fun way to make music...

I was a big fan of Korg Gadget when it first appeared on the scene for iOS. The idea that Korg would design its own DAW complete with its own suite of synth sounds made me giddy with excitement. I had a great time with Gadget, but I’ll be honest, I never really ‘turned to it’ as a way to get work done. With Gadget 2 (and with a lot of the updates to Gadget 1 along the way, if we’re being honest) that notion has gone out the window. Korg Gadget 2 is absolutely a fantastic way to make great sounding music quickly, and it’s a blast. 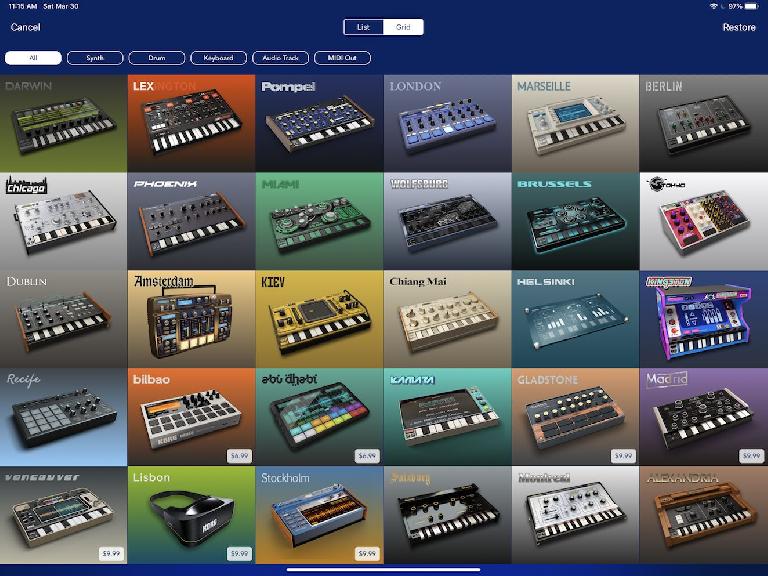 There are 6 new focused instruments included with Gadget 2, and 4 of them are available now. Just a heads up, Gadget 2 is a free upgrade for iOS users, and the new synths are in-app purchases. If you’re a Mac user, the upgrade is $99, but it includes all of the new instruments. Of these, I found Durban to be the most intriguing. Rather than another bass synth, Korg created a pretty amazing bass effect processor in Durban with amp modeling, cabinet simulation, effects, eq, and more! You can record bass live into your iOS device with Durban or even import audio and use Durban as a standard effect. It’s great!

New gadgets are not all that’s exciting about Gadget 2. The color scheme has been tweaked, as has the user interface. I was able to quickly get up and running and track a few things without having to look at the help file at all. Everything is placed in a way that makes sense, and you can feel like a ‘pro’ after only 20 minutes of tinkering around in the interface. 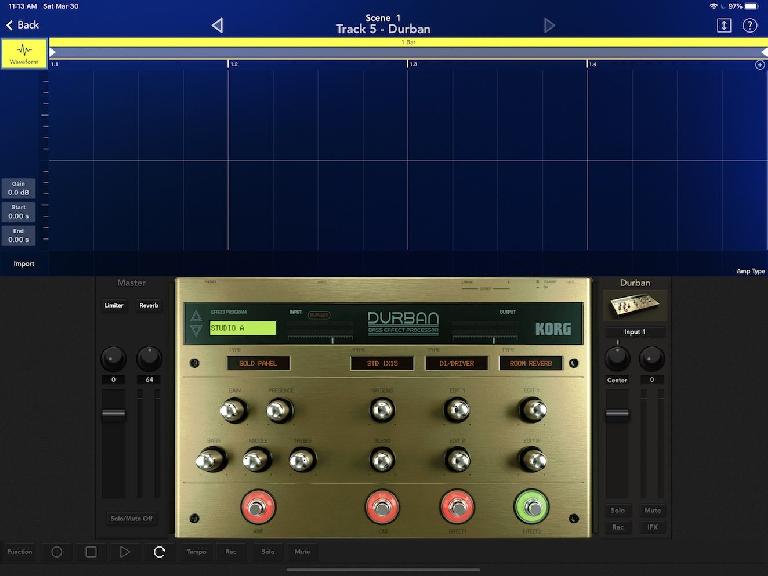 There are 4 new IFX included to craft your instruments and mix, and these include feedback reverb, a saturator, an enhancer, and an exciter. All four are easily activated in the channel strip which slides up quickly and beautifully from the bottom of the screen. As always, I’m impressed with what Korg has done to make Gadget 2 efficient and use screen real estate wisely.

You can now insert tempo changes as well as create fade in/outs for your projects. The Gadget 2 plugins themselves are compatible with Windows, for those of you who want to use just the instruments in your own DAW and not the entire Korg app.

Did I Mention Fun? 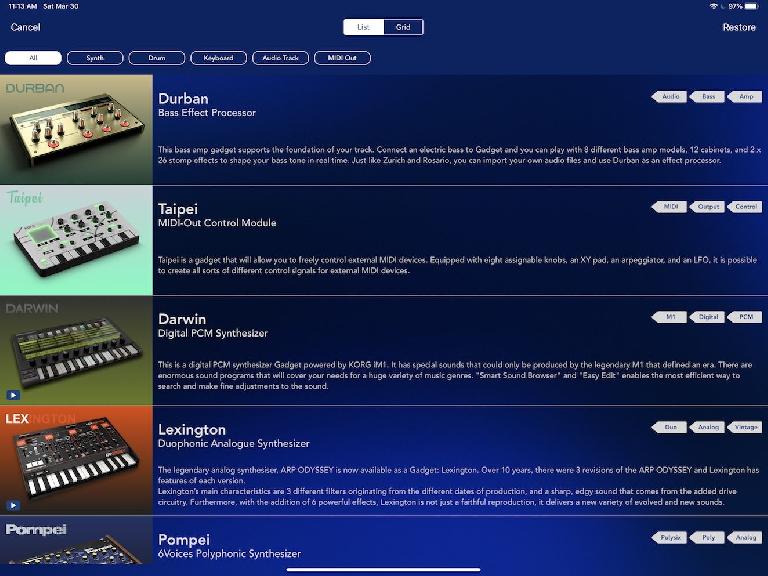 I can’t say enough how much fun Gadget 2 is. I’m thrilled that your other Korg instrument apps like Arp Odyessi and Module show up in Gadget 2 as available gadgets. Comparisons will invariably be made to Ableton Live as this is a loop/cell based music sequencer, but really, using Gadget 2 is far more ‘fun’ than Live ever has been for me. It’s a bit of an alien concept for some, but you actually look forward to opening up this DAW. You can record audio tracks, and now Korg has shown they are giving you great options for processing that audio. The Taipei gadget allows us a peek at the future of MIDI-out capabilities in Gadget 2. The last piece I’m waiting to fall into place is AU support for iOS. There is no other touch capable DAW that is as intuitive, fun, and great sounding as Gadget 2.