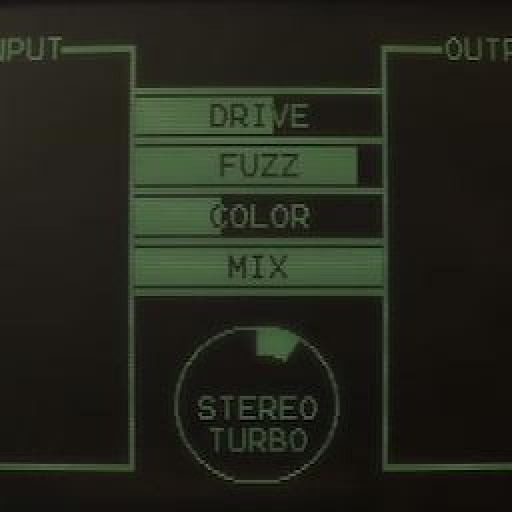 Language
There seems to be a growing trend by audio plug-in developers to focus on minimal interfaces with quality sound. GW Childs discovers KiloHearts' Faturator is an excellent distortion unit for all!

We're all looking for those little black boxes all the time to give our sound that extra 'something'. C'mon, you know you do it. Scouring the stores that sell used music gear, pawn shops, Ebay, etc. It's just a common thing for the gear junkie... Yep, I've been known to spring for little black boxes from time, to time myself. But, after moving halfway across the United States, and having to sell half of my little black boxes, it really does take a lot for me to spring for one, now.

So, my search for black boxes has turned to the internet, where I scour the digital landscape for more, little, visual boxes. And, guess what? I found a new one!

At $19, you already owe it to yourself just to download the demo of a new plug-in from KiloHearts, called Faturator. And, does it make your sound 'Fat?' You bet it does!

What the Hell is Faturator?

Well, it's not hard to describe this one. It has five simple dials, with two giant input and output levels. This is all housed in a very lovely, vintage styled display... Much like everything else these days. However, the sound really is what we're talking about here, and it does deliver. 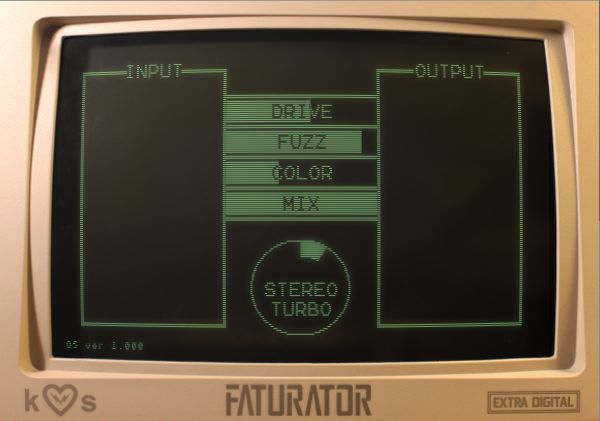 The dials/knobs I mentioned are:

Now, each of the colorations (drive, mix, color, fuzz, and stereo turbo), can add minimal to extreme forms of distortion, widening and enhancing. But, what's nice is that you can tell whoever designed Faturator spent a lot of time, behind the scenes, lovingly tweaking each parameter so that it never really goes overboard, like some distortion devices, compressors, limiters, overdrives, and so on. What it does is put whatever you run through it in just the right spot... That's what I really like about it. It's one of those black boxes that's already been tweaked to hell in back, so the end user can just drop it in and it will sound just right.

I feel that there is no better way to find out how 'fat' and 'fattening' plug-in will work than by running a sample through it. I have this one sampled note of a bass synth that I use all the time. It sits well in the mix, but the only problem with it is that it's a sample... And, samples, compared to a real synthesizer, or realtime plug-in don't tend to sound that thick, organic, or 'alive'.

The funny thing is, before I'd even dropped Faturator in, I'd kind of written it off, because of how thin the feature set looked. However, once my old bass sample went through it... Well, I had a new-found respect... Check it out...

Here's my synth, side-chained through Ableton's Compressor against a kick drum... No points for originality here...

Yeah, if you can't hear the difference... Well, MPVHub has many graphics tutorials, too. Try those! Yep, Faturator really, really thickens those synths, guitars, basses, and so on, up in a big way. It's definitely boutique, but it's also only $19. So, in the end, it can be one of those little black boxes that you can dust off from time to time, and beat the hell out of whatever's run through it.

Would I recommend it? Hell, yes!

Find out more about KiloHearts here.