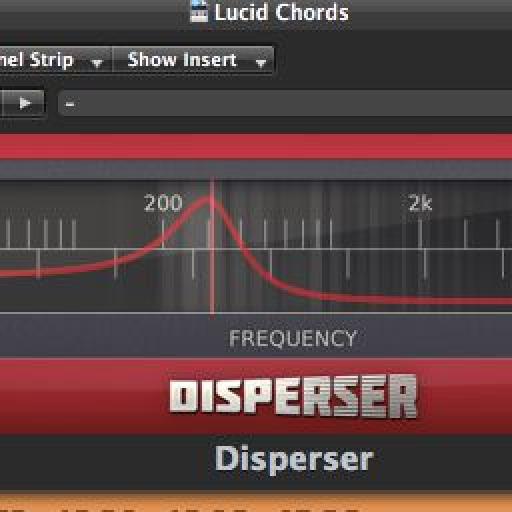 Language
Kilohearts Disperser is a transient shaper designed to make things bigger, thicker and fatter. G. W. Childs takes a look to find out if this plug-in will form an essential part of his collection.

Kilohearts is consistently releasing small, and affordable plug-ins that do a lot for your sound. I'm constantly being impressed by these guys, as the plug-ins are highly useable and work with a very wide variety of DAWs. And, they are all 32- and 64-bit.

A recent, but small addition to the line-up could easily go unnoticed. But, I would highly recommend taking a look at it, before you mosey on down the line, as it packs quite a wallop. Disperser is a bit of a black box app, similar to the old days when everyone used to swear by the old BBE Sonic Maximizer. It makes things bigger, snappier and thicker. And, it does this without requiring hardly any tweaking at all.

Disperser is a transient shaper that can also rotate the phase of your sound. The result of this capability is a plug-in that really does what it says, it makes things really big... Or snappy. It's really however you want to use it.

I'll admit, I'm not completely keen on the science of it all. But, what I will say is that it works.

Like all the Kilohearts stuff, the Disperser is a quick download, and requires almost no setup time. So, if you're planning on checking out the demo, you can have it up in mere seconds.

Once installed, I instantly, for kicks, decided to try the Disperser as a master output plug-in, so I could hear what it does to my entire mix. Surprisingly, it really did beef things up in a big way. I even tried it on the small, flat Macbook Pro speakers, away from my reference monitors and was still impressed by the way it brought out the highs, and really brought out the lows. It also worked wonderfully for giving that nice analogue feel to a complete mix, as well.

Though, the real power comes with applying the Disperser to grouped drums, and bass lines. Seriously, it can bring some depth and bounce. Take a listen to this bassline without the Disperser...

And, now with the Disperser...

I also found the Disperser can be a wonderful tool for beefing up individual sounds, like kick drums. This was especially helpful when I was having to put together samples for a Drum Rack in Ableton Live. I rendered a few drum sounds out with the Disperser effect running. The result was bigger, thicker and snappier drums.

Also, I tried sweeping Disperser up and down its frequency range and was able to get some really cool effects with automation!

As one testimonial on the Kilohearts website stated, “It's like monosodium-glutamate for Audio (Datassette)”. And, to be honest, there couldn't be a better description. And, for the price ($19), it's hard to turn down. Seriously, it's one of those plug-ins that you come to rely on very quickly.

If you couple this purchase with the Faturator, also from Kilohearts, you wind can quickly and easily add some beef, precision and balls to your sound. I highly recommend this plug-in.

Oh, and did I mention that it's extremely light on the CPU? Well, it is.

Find out more at http://kilohearts.com/products/disperser