Language
Looking for an amp simulation that'll blow you away with its pristine audio quality, modelled amps and cabinets and excellent presets? Matt Vanacoro finds out if Kemper's offering does the trick.

Amp simulation, amp modeling and amp profiling are increasingly becoming the hottest topic in the guitar world. Finding a way to get your signature sound from the studio out on the stage without breaking your back is finally a reality. The Kemper Profiler takes a new approach on guitar amp simulation and allows the user to 'profile' their favorite guitar setup on their own—offering an unlimited amount of guitar rig combinations. How does it sound? Quite spectacular, actually! 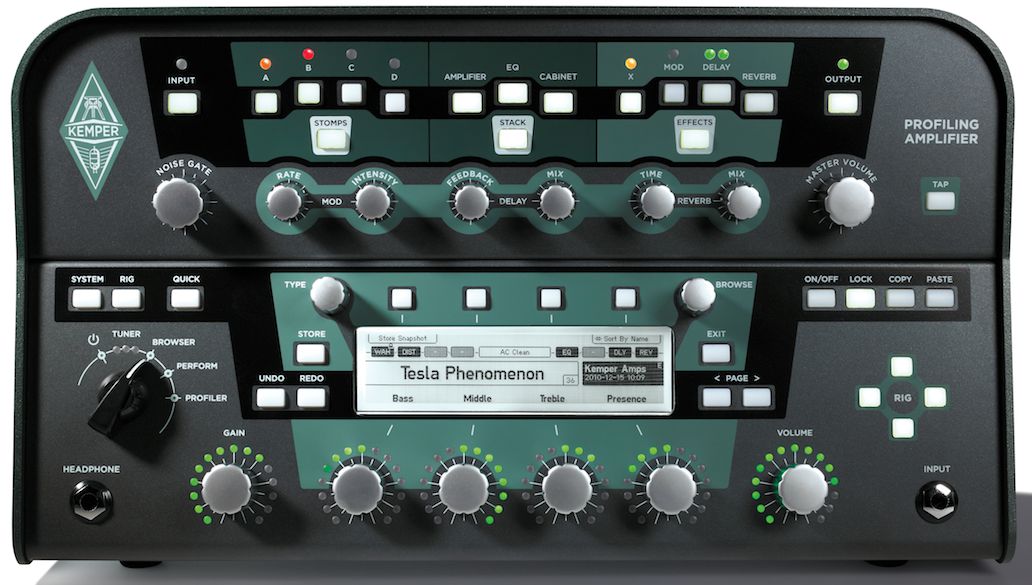 First and foremost, before we get into the technology and specs, let's get this one right out of the way. The Kemper Profiler sounds fantastic. The presets are extremely playable, and the built-in setups are an endless source of inspiration. Even 2 months into owning my Kemper Profiler, I find myself spending hours just sifting through the factory preset rigs and playing endless riffs with different setups. It's uncanny how clear and full of life the Kemper presets sound. It truly emulates the sound of a perfectly mic'd up amplifier in a studio. Basically, you've got your 'downtown sound' in a box!

You CAN Take It With You

The most revolutionary feature of the Kemper Profiler is arguably its profiling system. Instead of being content with whatever amps Kemper chose to model at the factory, we are now able to put the Profiler into our signal chain and capture the sound of a rig. It's as simple as setting up a mic in front of the cabinet, just as you would playing a large venue live or in a recording situation. The Kemper does the rest. It will run a series of test signals through your amp, allow you to tweak the settings by strumming a bit, and presto - you're done! You can even A/B the resulting sound by switching between your Kemper / Sound System and original amp chain with the Kemper bypassed. 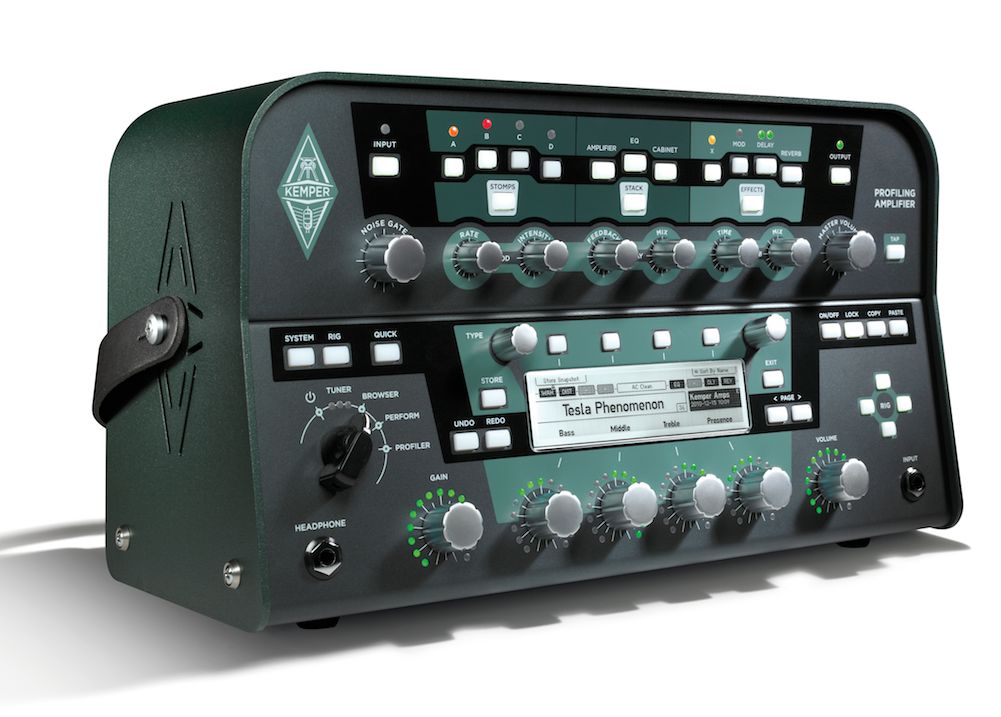 The Kemper Profiling Amplifier comes in both the 'lunchbox' format as well as a rack-mountable unit.

That's Crazy, Does it Work?

It sounds too simple to be true—set up a mic, play some tones and you're done. Does it really work? Having spent a few months with the Kemper I can answer this with an emphatic "you bet"! I profiled my Mesa Boogie Express 50 amp and recorded some guitar tracks through my typical recording chain. Then, I recorded the same parts directly out of the Kemper using my own custom Mesa Boogie profile. I could not tell the difference in a blind A/B test, nor could anyone else I played the results for. The Kemper is simply that good.

The Kemper Profiler comes in both amplified and non-amplified versions. The amplified versions include a 600 watt powered head that will drive a guitar cabinet or full-range PA speaker. The non-amplified versions are meant to plug into your studio chain for recording, or utilized directly to the PA system for crystal-clear, powerful guitar sounds. The Kemper includes ground-liftable XLR and 1/4" outputs as well as insert outputs, monitor outputs, S/PDIF outputs and (optional) speaker outputs. You can send your signal to just about anything, in almost any format.

The Kemper Profiler is now 'the one to beat' in the world of going 'ampless'. With a myriad of output options, the ability to profile your own amp / FX chain, a robust library of guitar rigs from Kemper and other profiler users, you really can't go wrong. The entry price may be higher than some other amp modeling pedals or FX units, but this is one case where you are definitely getting what you pay for.

Cons: The price of entry may be a tad high, but it's worth it!