This collection of classic synths for Kontakt gives you a wealth of easy sonic options, and all for under $30. Matt Vanacoro reckons you'd be crazy to pass it up...

Synths DX is an interesting library to load up into your instance of Kontakt. It’s a library that consists of a fairly wide spread of synths from modern to classic and popular to obscure. Composer Dani Karanyi has clearly curated a large collection of his ‘go-to’ patches for film, atmospheric production and ambient design and put them all together in a single collection called ‘Synths DX’. I downloaded it to check it out, and the sounds were fun and diverse.

What’s It All About?

WIth a curated library such as this, it’s best to be upfront about what its design is. You don’t have a ton of control at your fingertips with Synths DX. Rather, it’s best to look at Synths DX as a ‘greatest hits’ collection of some of the best patches and sounds from a top collection of synths. The Novation X-Station, Yamaha DX7, Dave Smith OB6, Moog Sub37, Oberheim Matrix 6 and 1000, Roland Super JV, and the Moog Minitaur all make an appearance in Synths DX. 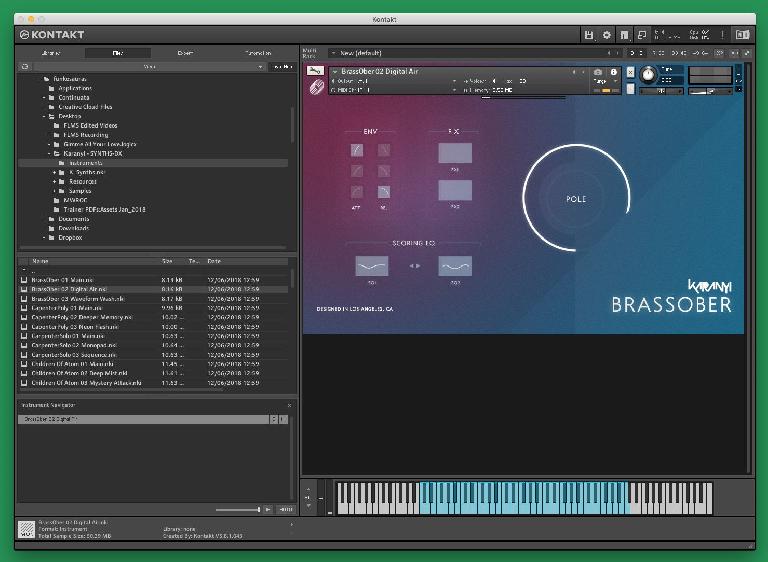 There isn’t an absurd amount of control at your fingertips like there is in many other Kontakt third party instruments, but I have to be honest - I found the simplicity quite refreshing. With about 60 presets to dial in, each with 2 layers of samples from one of those original synths, you definitely have a diverse set of sounds to play with.

You’ll need the full version of Kontakt 5 or better to run this library, and it’s ‘unwrapped’ - so you browse to it in the file browser. There are 2 different FX that Dani has queued up for you on each preset, and they are accessible via large buttons. The ‘pole’ control lets you use the mod wheel to continuously adjust the balance between the 2 layers of samples. There are 2 choices for EQ curves that are also quickly selectable via front panel buttons. 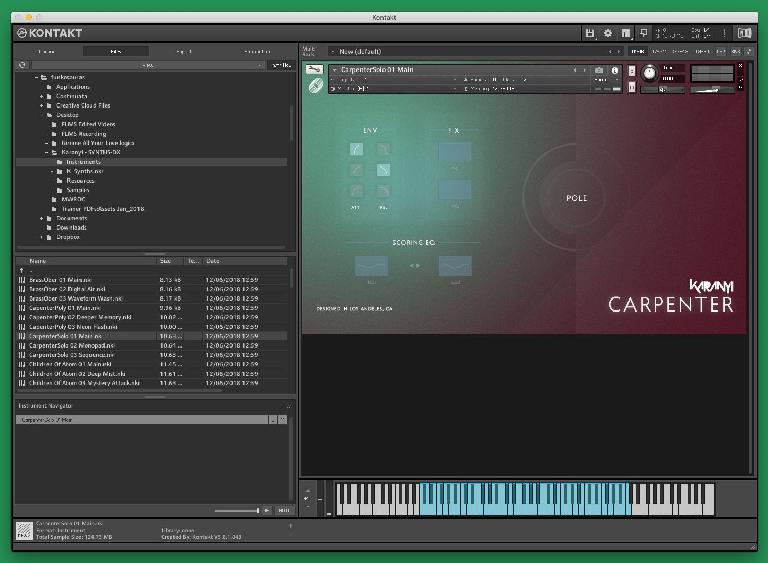 Adjusting the character of the synth sounds is possible with 3 different pre-selected envelope types for both attack and release. Again, at first this minimalist design made me give pause - but the envelope choices were done really cleverly. You can make a lush and slow pad a ‘mellotron-like’ polysynth pretty quickly this way, and Synths DX is a nice change from instruments that you have to set aside most of your day to design a single sound with.

I recorded a few quick samples with sounds from Synths DX and was really happy with the ‘80s Blade Runner’ vibe I was able to cook up pretty quickly. Below, you can hear a drone, a somewhat lush pad, and a very percussive lead type sound. They have a lot of character, and they were dead simple to dial in.

This synth product isn’t really designed to compete with the several hundred to thousand dollar synth instruments out there. It’s a well-curated and wonderfully sampled library of the ‘best of’ a bunch of classic synths. At the price it’s being offered it, any synth buff or keyboard based producer would be silly to pass this up.

Cons: I would like to see some more presets. The sounds are clearly sampled well, so a few more choices would be nice. But hey, it’s like 20 bucks. Totally worth it.