The ISOVOX 2 really takes things to the next level as far as acoustic isolation is concerned, providing an all-round solution for serious acoustic treatment. Lynda Arnold gave it a whirl.

The IsoVox2 is a new isolation booth for practicing and recording vocals developed by Swedish company, IsoVox. They are seeking to create a revolution in home studio recording by offering a product that delivers a contained environment for clean, pristine vocals. Their patented 360 XYZ Acoustic System controls the soundwaves from all directions, blocking out any unwanted noises from the environment as well as eliminating any unwanted room reflections from the equation. Compared to the current portable home studio containment solutions that offer 180 degrees of absorption without top or bottom coverage, this is certainly a game changer. 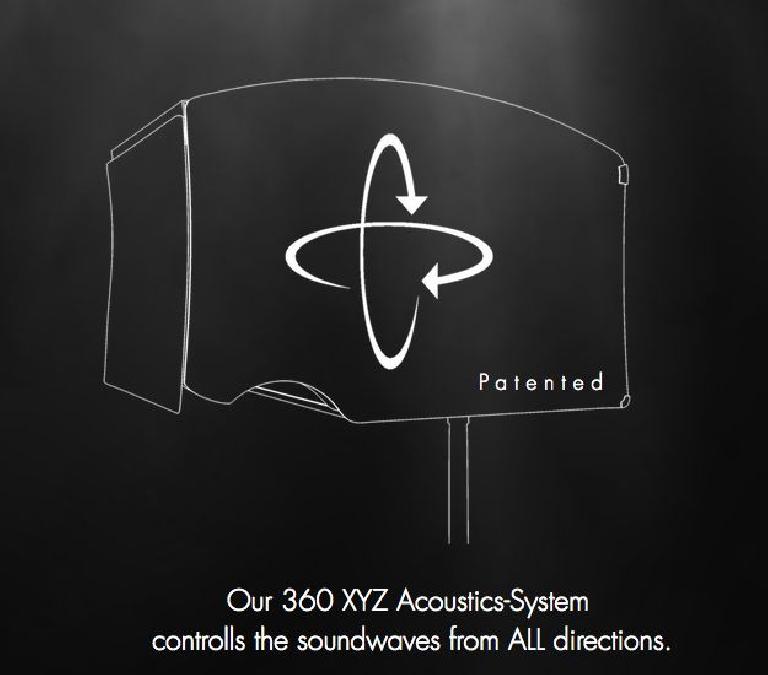 The IsoVox2 ships in one box, and the stand is sold separately.  A sturdy, ultimate speaker type stand with a thick base is minimally required here to hold the weight and balance the IsoVox2. The assembly of the IsoVox is not too difficult. The instructions contain hand drawn step-by-step pictures that are generally easy to follow. I think actual photos would work better and be a bit clearer than the drawings. I was able to work out a few confusing parts of the assembly process with some trial and error. Also, referencing the website photos and video also helped tremendously. The construction of the panels is very sturdy with a minimal, but smart aesthetic, a marker of Swedish design. 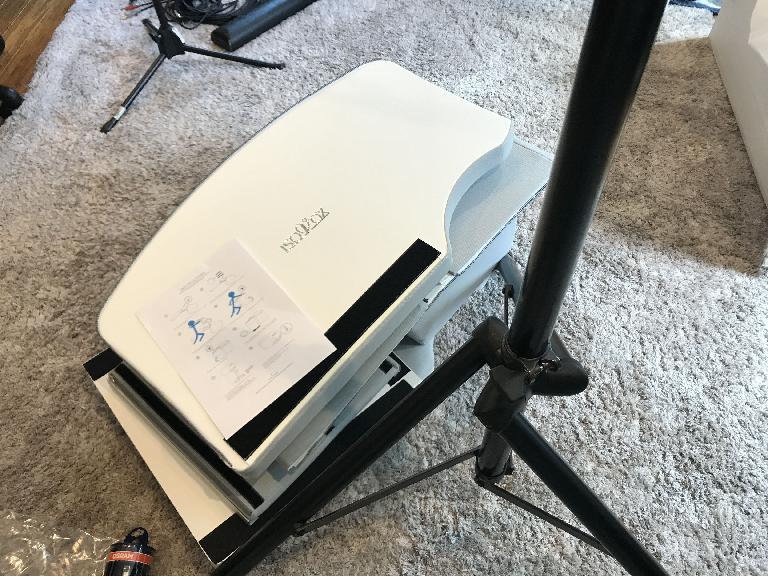 The main pieces of the IsoVox2 are held together by strong velcro strips on either side.  Zippers complete the assembly at the top, holding everything together. The new zippers were a bit tough and took a minute to thread, so I would advise pulling together the connection points of the panels as closely as possible to make zipping easier. The booth is slightly top heavy for the stand, since it connects on one end. The booth slants slightly due to the base of the stand and the insert point being a bit shallow, but overall, it's not too bad. I was able to set up the microphone easily and adjust the height of the stand so that I was in the sweet spot of the booth, where I could tell my voice was being fully absorbed by the panelling. 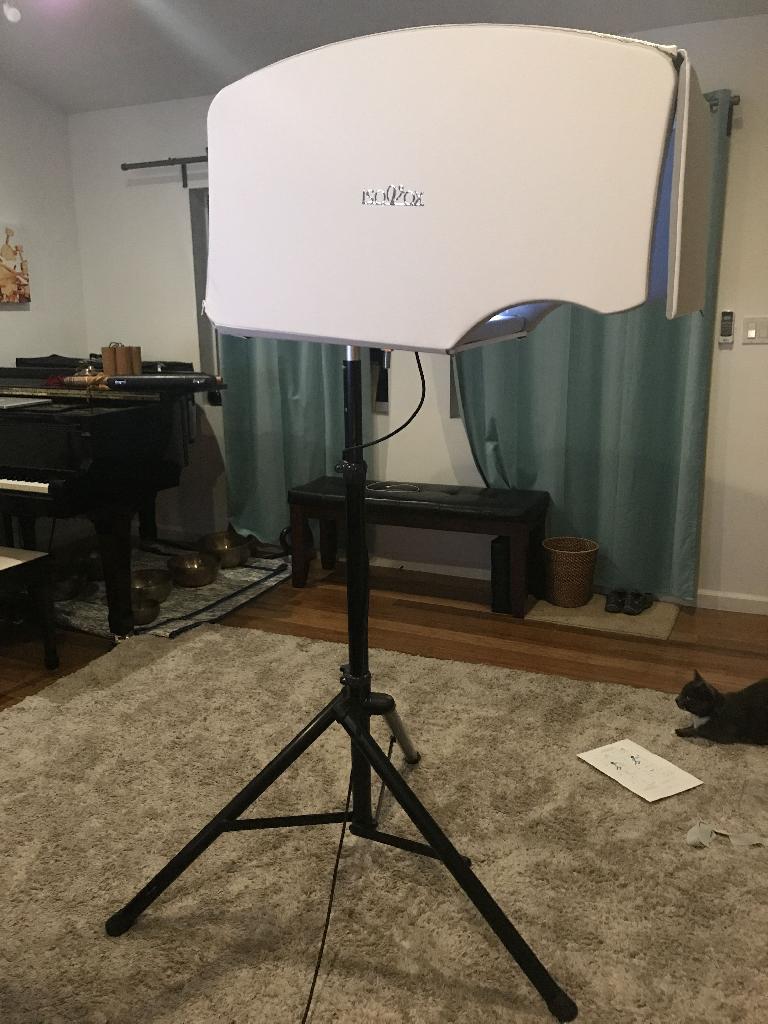 IsoVox also includes a handy LED light that hangs from two straps at the top of the main absorption pad. This is very handy for reading lyrical sheets, sheet music and creating atmosphere so you do not feel as though you are in a dark container. Of course, you can also use an iPad or similar for notes and lyrics. 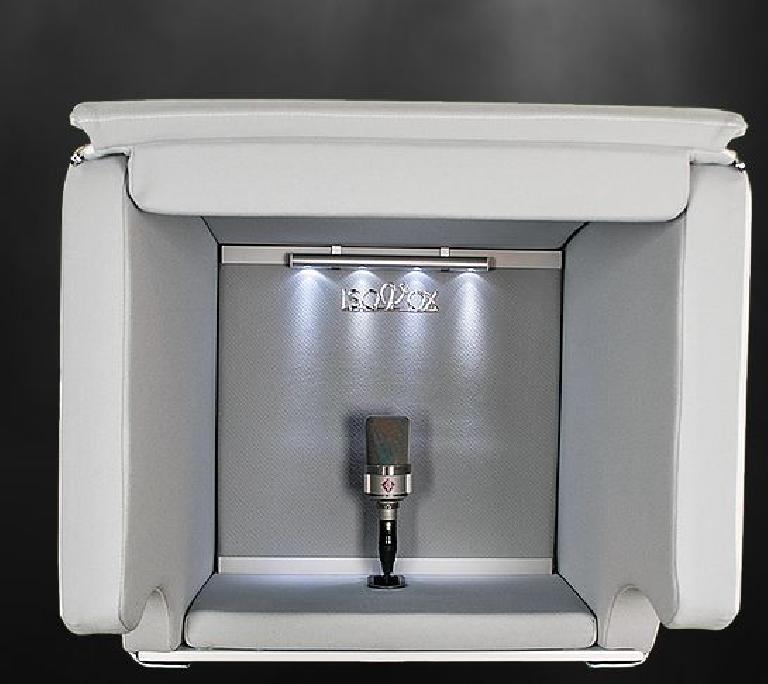 Recording and Practicing in the IsoVox2

Once I adjusted the stand to fit in the sweet spot of the booth, I spent a little time getting used to the environment inside. At first, I must admit it felt a little small in there - I won’t go as far as saying claustrophobic, but it did take a minute to adjust to the amount of movement I would be able to do in a smaller box-like setting. I think the clarity you can achieve when recording largely outweighs this fact but it’s worth mentioning. The height is 14.6 inches and the width 15.35 inches to give you an idea of the space.

I set up a session in Pro Tools to test the difference between my current vocal recording set up and the IsoVox2. You will be able to hear the ambience of the room including the computer noise among other environmental noises in the background in the first recording compared to the other recording using the IsoVox2.  I recorded a simple drone in Omnisphere to sing over and used a Vahalla Room reverb. The more contained and quieter environment of the IsoVox2 provides a much cleaner sound, allowing the reverb effect to shine even more. It’s amazing how much hiss and background noise is removed without having to go back in and use noise reduction plugs, which take away high end overtones and harmonics in many cases.

Visit the IsoVox2 website to hear more great examples of recordings with and without IsoVox2 provided by the team to get a broader scope of the recording improvements (link below). There are male and female vocal, full production and acoustic guitar examples. It’s worth noting that you can record other instruments with the IsoVox2, like guitar or other smaller instruments that can either fit inside the booth or be positioned right outside. The back flap can be propped on top off the booth so that the back stays open in that situation.

IsoVox has clearly created the next level evolution of the portable, compact home studio recording vocal booth. This product will serve the recording community well for vocalists of all kinds and even voiceover/dialogue based work where a quiet environment is invaluable. Compared to other options that, for the most part, take care of front reflections, the IsoVox 2 provides surround absorption and containment with results you can unmistakably hear.  The careful thought, design and execution of this product would serve the recording community very well for years to come.

Cons: Connection between the stand and the booth could be more solid.

whoknows
I'd rather spend $900 on gear.
DanGeo
Doesn't seem to be any way to adjust mic placement other than straight on.