The iRig Pro I/O aims to fulfil all your mobile and studio needs in an ultra-portable package and it comes with a generous software bundle too. Hollin Jones gave it a spin...

IK has long been at the forefront of mobile music-making with its impressive lineup of apps for iOS and latterly, hardware that works with mobile devices too. Showing no sign of slowing the pace of innovation, the company has released iRig Pro I/O, an ultra-portable audio and MIDI interface that’s designed to work with iOS, Android and Macs and PCs as well. What sets this model apart from some of IK’s other portable interfaces is the scope of its capabilities and its build quality, which is noticeably a notch or two higher than earlier models. 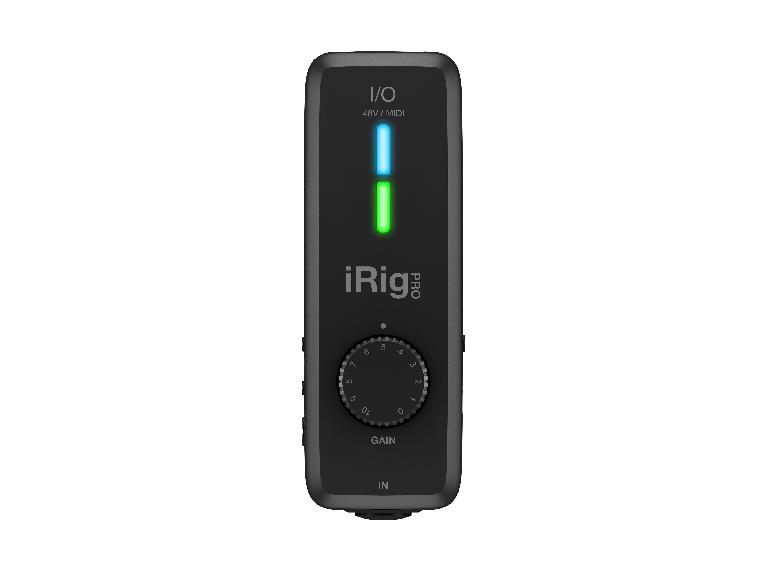 It fits easily in one hand and is lightweight but solid. It’s powered by two batteries or via Lightning or USB, both of which have cables provided and obviously these also carry audio and MIDI back and forth to your device. There’s an optional power supply and if you get it, you will also be able to charge your mobile device during use which is a nice touch. It’s £39.99 / around $50 which is a little on the high side but could be worth it if you intend to do long sessions.

The audio input is a single combined XLR guitar / mic / line input and this is able to supply phantom power to your studio mics if required. It has 24-bit converters and up to 96kHz sample rate and in my tests certainly produced strong, clear recordings. A large gain knob makes setting the level straightforward and multicoloured LEDs give you visual feedback for a number of different indicators. Of course you can monitor easily via the mini headphone jack output with its own volume control, and in practice this worked perfectly. Latency was very low even when running at the highest quality settings and recording into Cubasis. 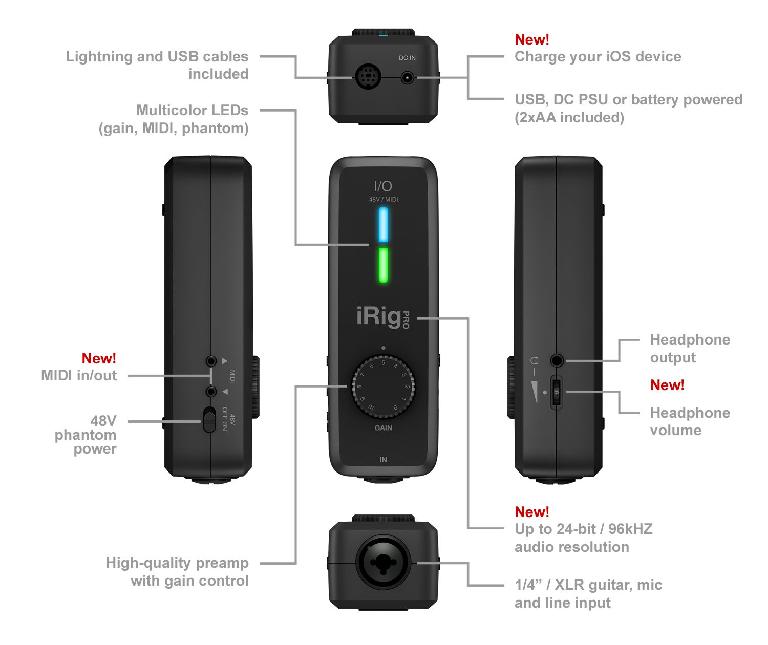 Another great new feature and one not found on all that many ultra-portable interfaces is MIDI in and out. This is handled via two small 2.5mm ports on the side, and 2.5mm to 5-pin cables are supplied to let you hook up MIDI devices both for input and output. This is very helpful because the single Lightning input on iOS devices (or USB on other mobile devices) otherwise restricts you to using either an audio interface or a MIDI keyboard but not both. iRig Pro I/O sends everything over that single cable but thanks to its generous selection of ports, you can incorporate MIDI gear easily. 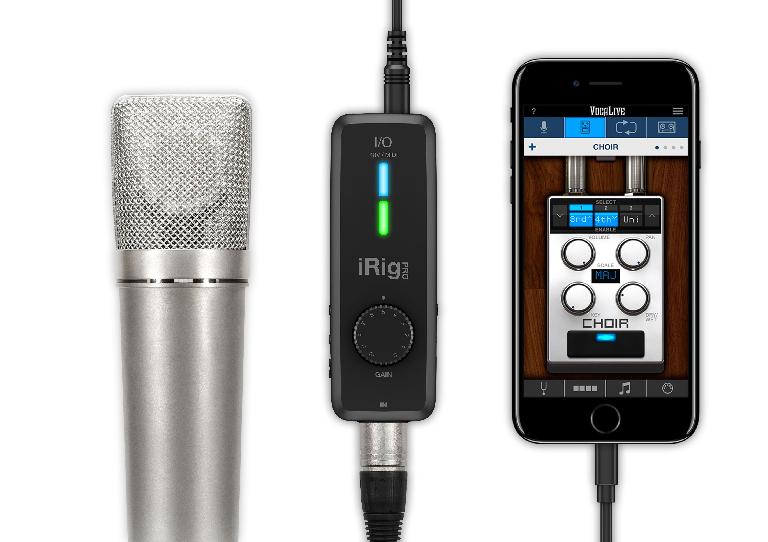 Those wondering if the price seems a little on the high side should have their fears assuaged by the news that along with your hardware purchase you also get download codes for a really very generous bundle of IK’s software, valued, they say, at $550. And crucially these aren’t all mobile apps, there’s desktop software too. So you get full versions of AmpliTube for iOS, AmpliTube 4 for Mac/PC, SampleTank 3 SE, T-RackS Deluxe with Mic Room and more. That’s a great selection of software tools to complement the hardware, and actually makes the unit’s price something of a bargain.

iRig Pro I/O fits nicely into IK’s lineup of mobile interfaces. It has some of the same features as the iRig Pro Duo (though it’s single channel) but is more compact, feels better constructed and adds important features like headphone volume and pass-through charging for your device, plus a more generous software bundle. Add to this the fact that it works just as well with your Mac or PC as with your phone or iPad and you have a truly versatile and well-designed portable interface.