A portable, battery powered guitar amp with high quality audio recording to your Mac, PC or mobile device sounds like the perfect solution for guitarists. Hollin Jones powered up the iRig Micro Amp.

IK Multimedia has been pioneering mobile music-making hardware for some time now, its iRig, iLoud and iKlip families of products amongst others catering to many different aspects of mobile recording from mics and interfaces to speakers and monitoring. As technology has developed, the company has also started to make more of its products not just iOS compatible but Mac / PC friendly as well, meaning more bang for your buck since it means you can use your hardware with all your devices.

The iRig Micro amp goes a step even further than that, incorporating not just iOS and computer connectivity for streaming and recording, but a full portable, battery powered guitar amp and speaker as well. I’m always on the lookout for ways to achieve what I need to do using as few cables as possible, and here’s something that looks like it can deliver. But does it? 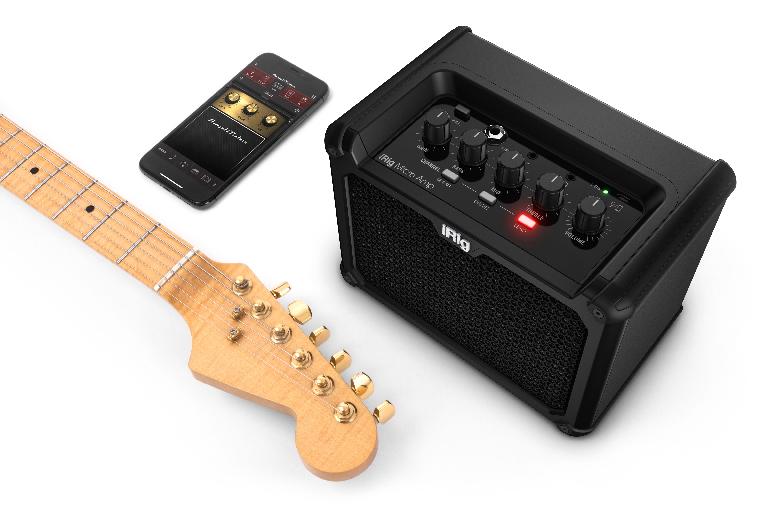 The iRig Micro Amp is small and lightweight at just 1.26KG, but well built. It takes 6x AA batteries which IK says will deliver around 15 hours of use, and there’s the option to add a power supply, though no USB power option since it requires more power than USB can deliver. It delivers 15W of power when plugged in, or 7.5W when running on batteries. The lower power mode was still fine for practice, while the full 15W was louder in the room than I really expected from such a compact unit.

A battery powered amp isn’t a new concept but IK’s experience of making interfaces is what sets this one apart. Of course you can connect your guitar to the amp and use the Gain, EQ and Volume knobs as well as the Clean, Drive and Lead channel options for different tones as with any amp. There’s a headphone output that mutes the speaker for silent practice, and an aux in so you can connect an MP3 player or other source to play along with. It can also connect to an external cabinet for a bigger sound. 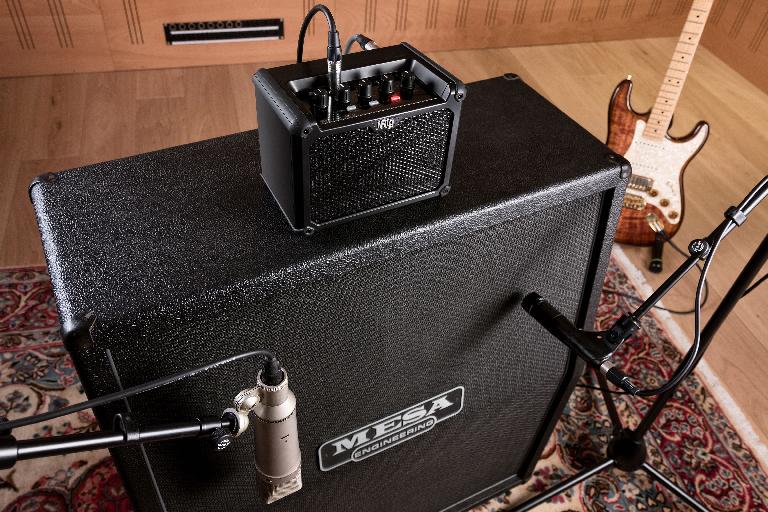 Here, you also get a micro USB connection to your Mac or PC which enables the unit to work as a  24-bit, 96kHz audio interface for recording, with technology from the iRig HD 2. It uses the amp’s speaker for playback, and since your guitar is not mic’ed up, there are no feedback issues. It’s a recording and monitoring solution in one (although it's mono when working in this way, since there’s only one 4-inch speaker). 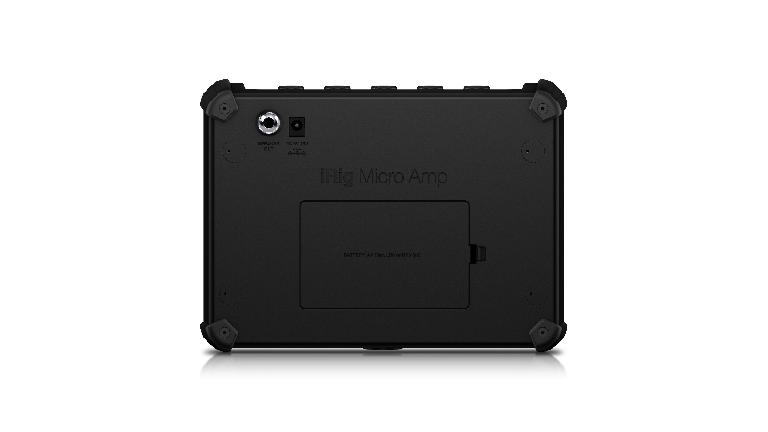 Now finally to the really clever part. The USB connection can go to the computer for recording and processing via the bundled Amplitube 4 (9 amps and 10 stomps), but you can alternatively connect your iOS device to it. If you do this, the guitar signal is routed through Amplitube CS on the iPhone or iPad (10 amps and 26 stomps included with this bundle) and fed back into the amp. So you are using Amplitube on the phone for FX processing, all in a sort of looped system. You can of course record into the iOS Amplitube app as well using this method. Incidentally, there was no latency that I noticed when using my iPhone 8 Plus. 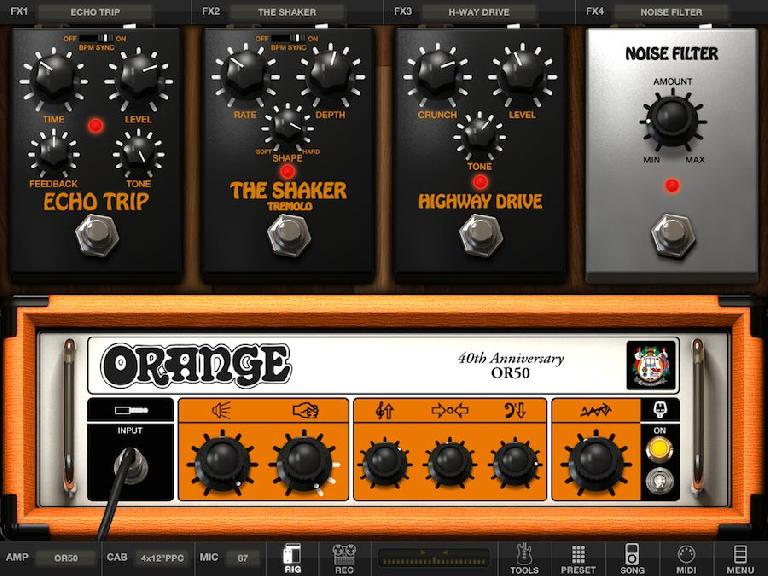 The iRig Micro Amp is a fascinating proposition for guitarists. Its core feature set make it a really solid and ultra-portable practice and performance amp with tone controls and headphone output, plus the ability to connect to an external speaker cab. The USB-to-computer feature lets you record and monitor (in mono if using the speaker) and latency was not an issue, with recordings sounding great. Swap the USB connection over to your iOS device and you can process and record your guitar via Amplitube there, with routing all taken care of. All in all there will definitely be something here for the mobile recording guitarist in your life.

Cons: Playback via the amp is mono (though virtually all small guitar amps are). PSU is not included in the box. No USB-C cable included, though these are not yet standard across the industry either.