IK's multi-purpose portable mic has had a facelift and some important upgrades. Hollin Jones takes to the road with the iRig Mic HD 2.

Getting good quality sound into your iOS device - or indeed Mac or PC - without having to carry a separate audio interface has always been something of a compromise. As Apple’s iOS devices have begun dropping legacy inputs and outputs in favour of a single Lightning port, the range of compatible accessories has shrunk somewhat. That’s not the case however with IK Multimedia, who have made it their mission to create gear for the iOS recording field. As device capacities have gone up and processing power has improved, iPhones and iPads are more capable pro recording devices than they have ever been before.

The iRig Mic HD 2 is a handheld digital condenser mic with numerous improvements over the first generation of the device. It looks more pro than the original, dropping the blue band and with a more sleek build, which is still nice and solid. It comes with USB and Lightning cables so will work with Macs, PCs and iOS devices. You also get a table tripod, mic stand adapter, carrying pouch and 5/8" to 3/8" thread adapter for mounting on different stands. 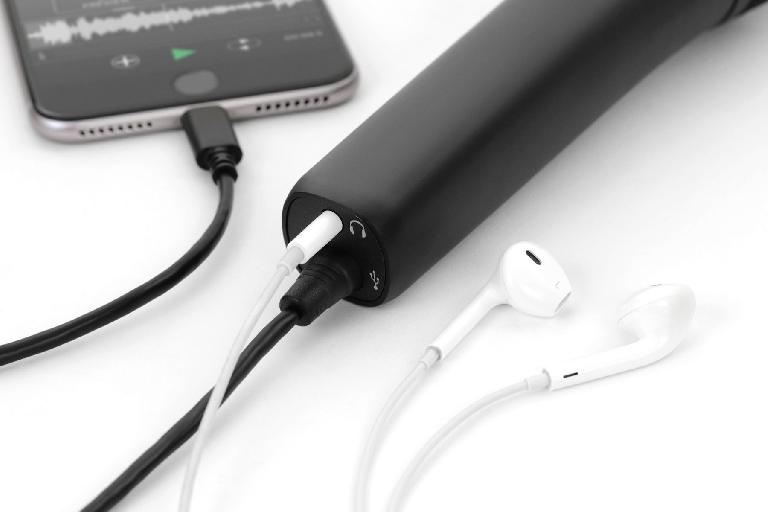 All controls are provided on-body so there’s a level control for input plus a headphone output with volume control. This means it can be used for connecting conventional headphones for monitoring and also for music listening - though as a slightly unwieldy method it's arguably a bonus rather than a key purchasing decision. Monitoring your own sound does work well however, even when playing back tracks from GarageBand on iPad and recording vocals or acoustic guitar. When recording an interview, monitoring is less crucial but still helpful for checking you’re picking your subject up properly. 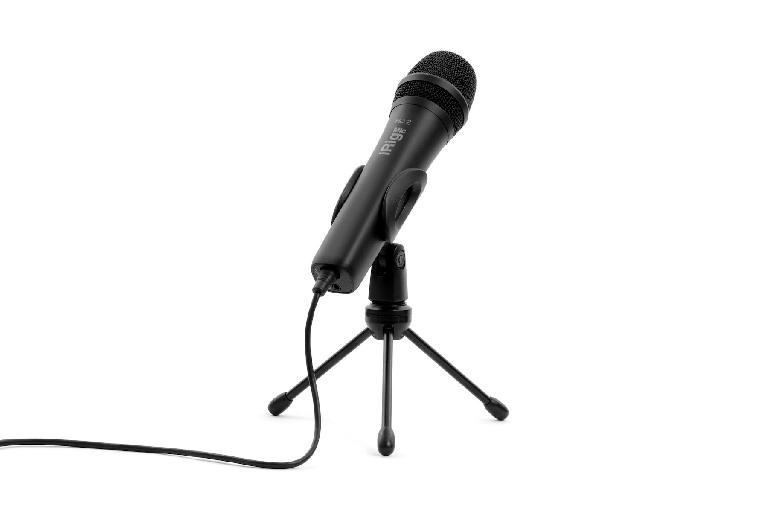 Internally, there’s a gold-sputtered condenser capsule for wide frequency response and transient accuracy and it’s capable of 24-bit recording with up to 96kHz sampling rate. Plugged directly into a computer or iOS device, latency was not noticeable thanks to the direct monitoring offered by the onboard headphone circuitry. Recording results were good, with hand-holding the mic not appearing to interfere with recording or introduce any rumble. Noise was low, except when pushed to the absolute upper volume limit when a little did creep in. If you’re podcasting or recording voice over, the mic can sit comfortably in the table tripod.

The iRig Mic HD 2 is a great condenser mic that powers from your device and offers manual control of record levels and monitoring, plus direct monitoring. It costs a little more than some portable mics but also offers superior sound quality, The alternative - carrying audio interfaces and power supplies - involves more money and effort. It also comes with Ableton Live 9 Lite, T-RackS Classic collection of audio plug-ins and Mic Room, a microphone modeling collection to run on your computer or iOS device. Supremely portable and with solid features and performance, this mic is a great choice for anyone working on the move or just looking to record as simply as possible.