Language
If you're shooting video using a smart phone or a DSLR and want better shots, less camera shake, mic phantom power and much more in an easy to use and clever device, then you need to check this out.

I saw a prototype of the iKlip AV at Musikmesse earlier in the year and it certainly caught my attention. Not least because I was there filming with a professional DSLR rig of my own, and IK’s product seemed like it would serve a similar purpose, albeit not quite an identical one. As the cameras on smartphones have got better, people use them for more and more serious tasks. Newer phones can shoot at up to 4K and in slo-mo with impressive results. What holds them back from being used for more advanced shooting is two basic problems. First, the camera shake that invariably comes with hand-holding. Some high-end phones have video stabilisation, but not many. And second, getting decent quality sound into the phone. 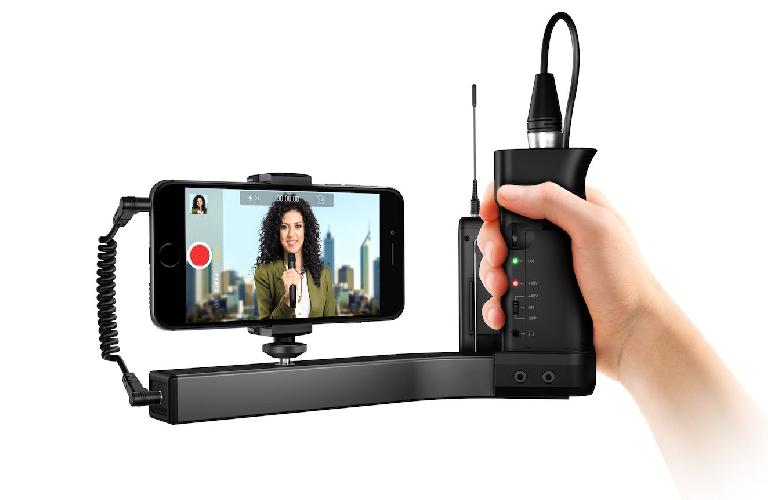 The iKlip AV is a clever solution to both of these problems, and it really does elevate a decent smartphone’s video capabilities by a surprising amount. The main strut is lightweight metal and the handle is plastic and contains the controls and battery compartment. Build quality is good though the handle might ideally be a bit more solid, although this would add to the overall weight and the weight of your rig is a big factor when filming for long periods. Trust me, I know. You mount any smartphone with a size of between 3.5 and 6 inches, which covers the majority of phones, using the expandable bracket. The whole unit itself can also be tripod mounted which is a nice bonus. 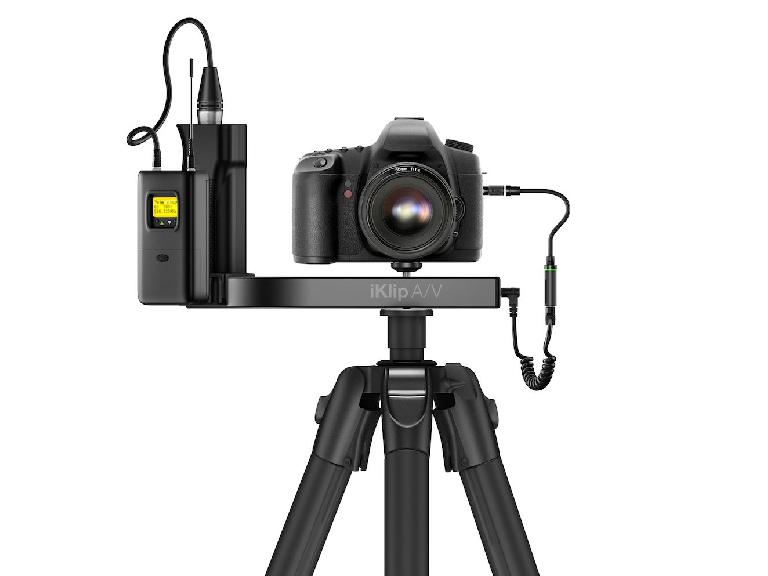 You can use it with cameras too, though larger models will be heavy

At the top of the handle grip is an XLR socket to which you can connect a wired or wireless mic, and phantom power can be switched on or off, with signal passing inside the strut to an audio output on the end. A short cable (supplied) connects to your phone to enable recording. Usefully there is a gain control on the handle as well as a headphone out for monitoring, which will be vital for checking levels in live situations, especially since Apple’s Camera app which, let’s face it, a lot of people will be using, doesn’t allow manual level control. On the front of the handle there’s a mounting bracket for wireless receivers that you can attach. Using a wireless mic gives you the ultimate flexibility of course, though you can also use a wired one and hold the end of the flex with your grip hand. 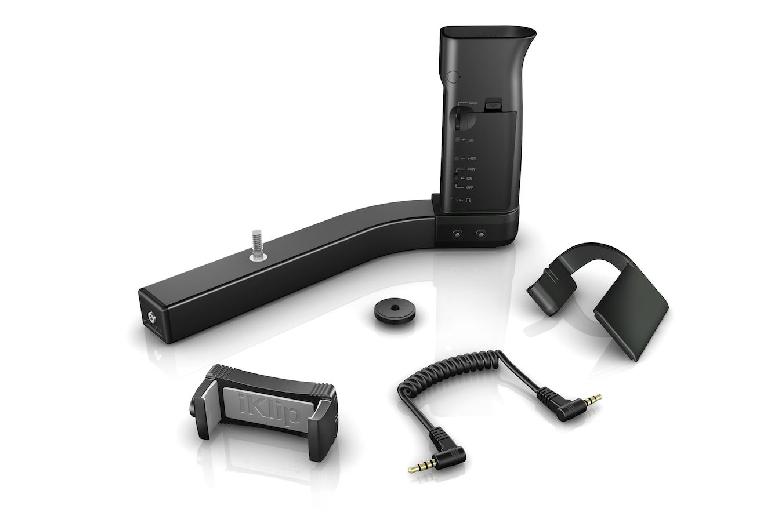 iKlip AV is a great solution to a real problem: how to get better shots and better sound without needing a full-blown camera cage. Interestingly since the camera mount is universal, you will be able to use actual cameras with the unit as well, though, of course, heavier DSLRs are much harder to hold with one hand. In use I found it to be very handy, allowing me to get smooth and stable shots at far more interesting angles than I ever could by hand holding an iPhone. The sound too is leagues above what a phone mic will provide—though you have to add a mic of your own of course. All in all, an excellent way to turn your smartphone into a more professional video tool.

Pros: A great solution to a real problem. Get far better shots and footage with much less camera shake. Add your own mic for superior sound. Monitor and set a level, phantom power. Bracket for wireless receiver. Tripod mountable. Use with cameras as well as phones.

Cons: The ability to fit a gun mic to the unit would be the icing on the cake. Price could arguably be a bit lower.