IK's new Hammond organ software instrument has been developed in consultation with the original Hammond Organ company. Hollin Jones spins up the Leslie...

The Hammond B3 organ has been recreated in software form more than a few times, with varying levels of success. IK’s B-3X however is the first version to have been developed in co-operation with the Hammond Organ Company itself, and thus we should perhaps expect something quite special. Weighing in at a little under 500MB it uses a mixture of samples and audio processing to keep its footprint relatively small while offering advanced sound shaping, and comes of course in standalone format as well as all major plug-in formats. 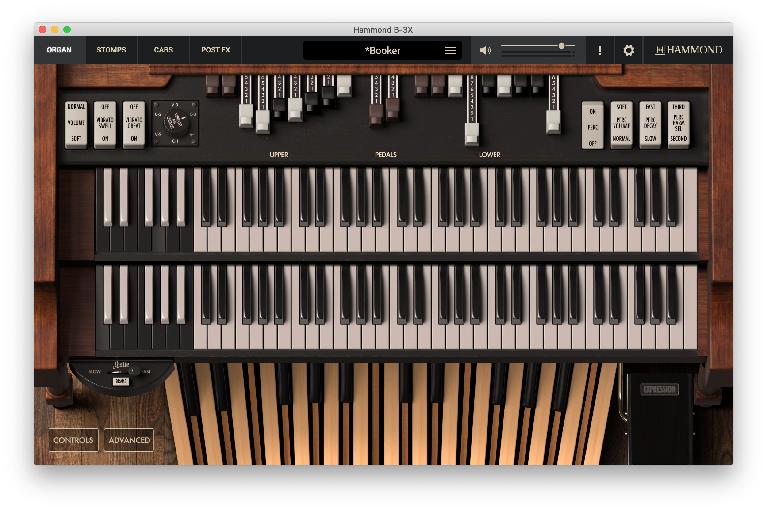 The look and feel of the app is absolutely gorgeous - I don’t know if partnering with the official Hammond company allowed them access to some special resources on this front, but the photorealism feels amazing. This isn’t just nice to look at either, it also helps you find your way around and feel like you are using a real instrument.

We Have Lift Off

Your first port of call will be the main Organ section where you can quickly get to any of the presets and tweak the drawbars, percussion and vibrato controls as well as playing the two keyboards and pedal board. It uses 91 free-running tonewheels based on several real Hammond organs, and mixes them in real time based on the note and drawbar levels you set, for added realism. It really does sound fantastic, and moving into the Controls section gives you more fine-detailed access to the drawbar section including quick drawbar presets which can be copied, pasted and stored via right click. 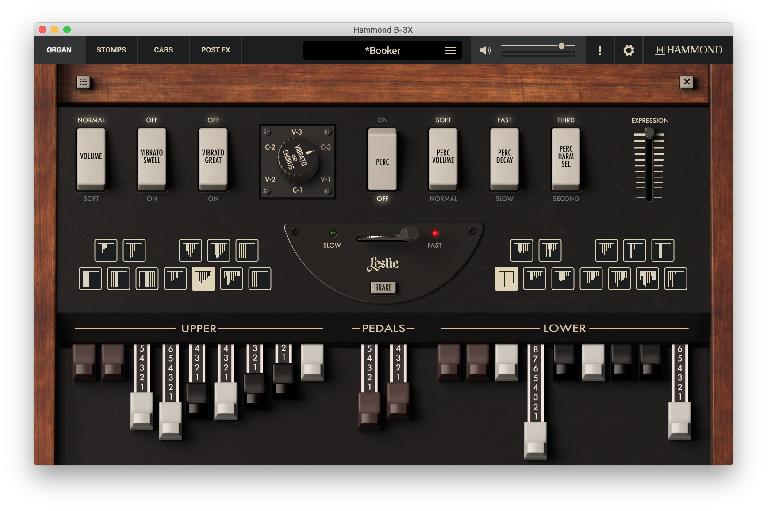 There’s also an Advanced section where you can tweak key click, generator leakage and more including choosing between four tone wheel models. IK leverages its extensive library of software effects to provide a Stomps section with wah, eq, distortion, chorus and reverb, and a master FX section has limiting, eq and reverb as well. 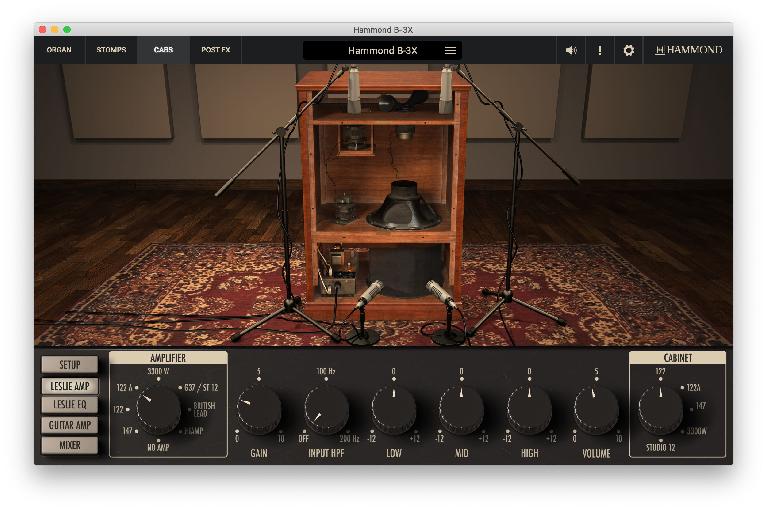 The Leslie emulation is courtesy of the company’s dedicated Leslie suite and sounds incredible. In the Cabs section you get complete control over the virtual Leslie amp and EQ as well as the option to swap it for a guitar amp for a more rock feel. All the vital Leslie controls are here like spin speed, access / decel speeds and mic positioning, all of which really colour the way the speaker sounds. The Mixer section, still pleasingly retro, lets you balance all of this together. Of course the presets have all this taken care of already so you can just plug and play if you like, but there’s a huge depth of sound shaping and customisation available if you want it. 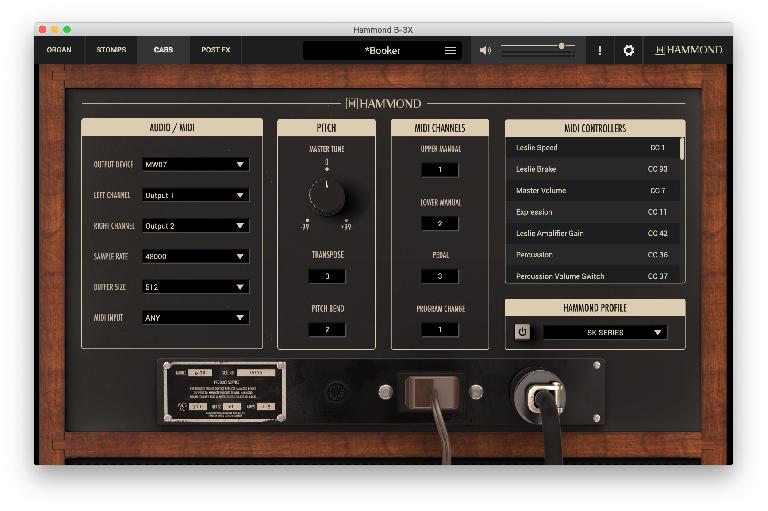 The thing about Hammonds as opposed to regular keyboard instruments is just how many input methods they have. There are two keyboards and a pedal board, expression pedal, vibrato, swell, drawbars, Leslie controls and more. Unlike a synth, the player will be changing these all the time - that’s where the instrument gets its dynamic and distinctive character from. Your MIDI controller on the other hand probably only has one keyboard. To bridge this gap, the instrument has a handy MIDI setup section that shows you which MIDI channels are assigned to the different keys and pedals, and which CCs control which instrument parameters. These are of course editable.

By zoning and splitting a MIDI controller you could fairly easily assign, say, the left hand to the pedal board, and maybe use two keyboards, assigning one to the upper and one the lower, and MIDI sliders to the drawbars. With a little setting up you could use third party MIDI control hardware and keyboards to take full advantage of all the performance features on offer, or of course just route MIDI from your DAW, though that’s less applicable for live performance.

The B-3X is an amazing Hammond instrument that provides levels of realism and tweakability that I’m not sure I have seen in a software organ before. To really get the most out of it you will want to assign your MIDI controllers to hook up to the important performance controls, but this is perfectly doable. Once you do, the sky is the limit for this great-sounding and authentic Hammond.

Cons: Hook up or configure proper MIDI controllers to really get the best playing experience - though it’s quite possible to use it in a simpler way if you prefer.

Paul CS
Is sustaining possible for this plugin? I tried it but couldn't do it.