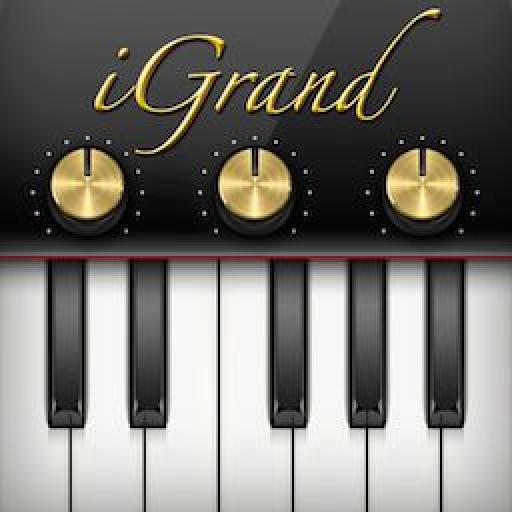 Language
IK Multimedia are back with another music app for iOS: iGrand Piano. No prizes for guessing the focus of this app... but how does it measure up to the real thing? Mike Watkinson investigates.

Where other developers might be trying to squeeze a wide range of options into one app, IK multimedia are doing a great job with focussed 'one app, one job' releases. Take the Slash app for example, the version of the popular iRig aimed squarely at guitar players with a certain musical preference, and now iGrand Piano, an iPad-only app that only does acoustic pianos! 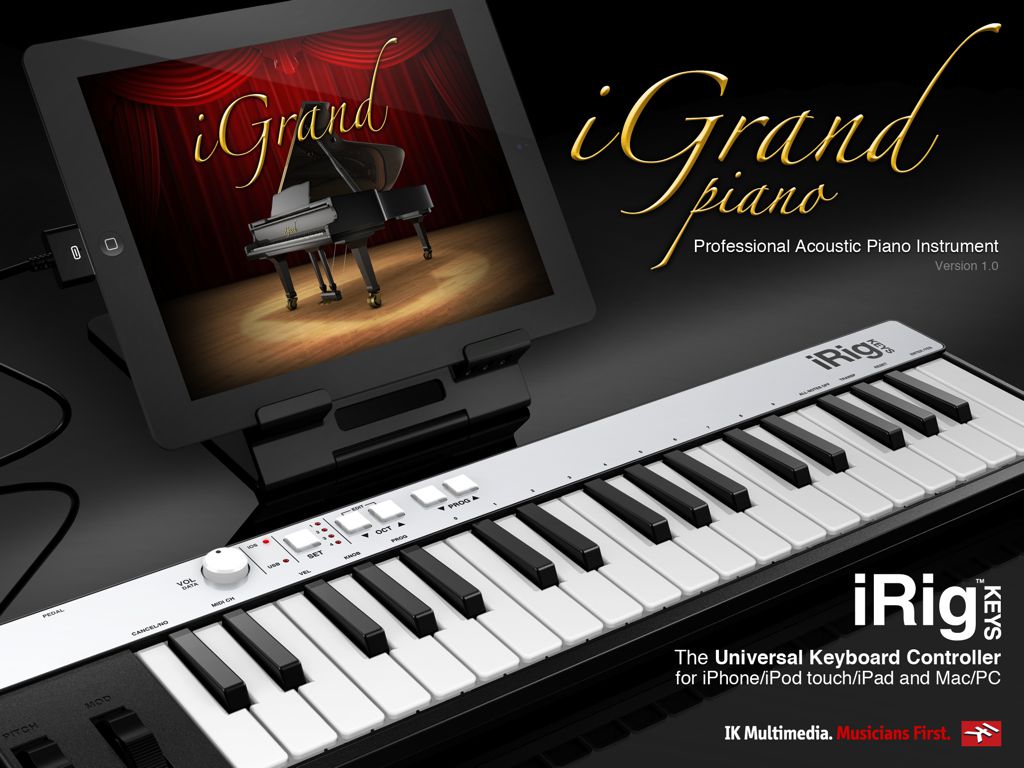 It is perhaps a little unfair to say that it 'only' does acoustic pianos, as the app combines high-quality samples with a range of editing features, a set of recording functions and export options. 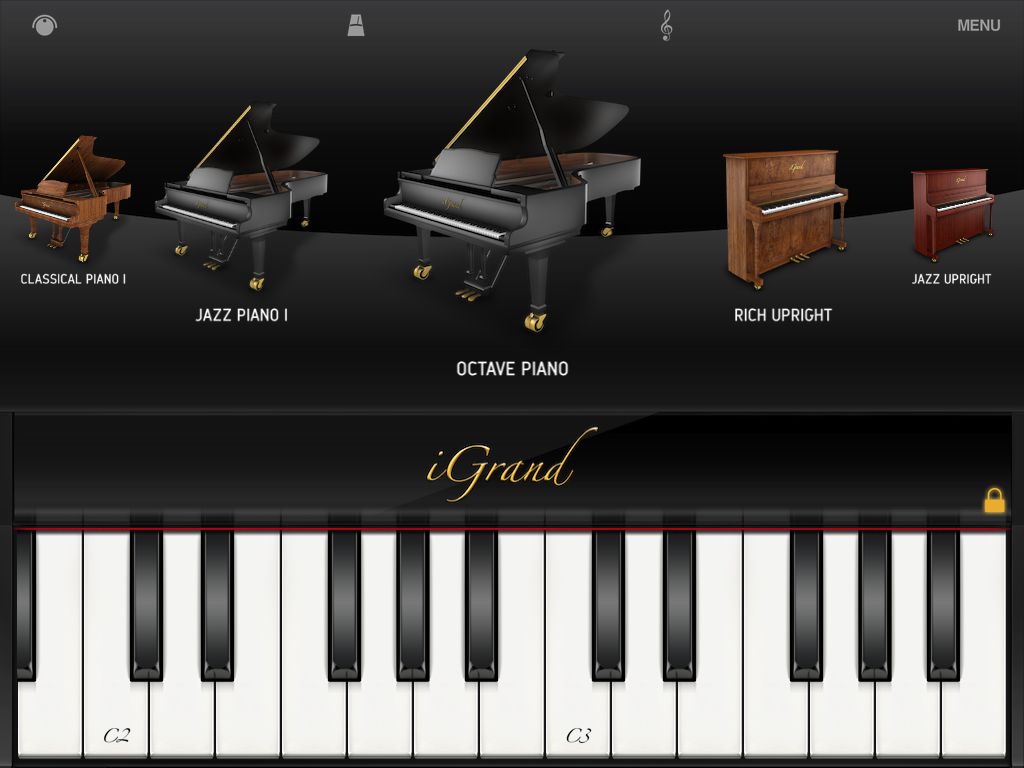 For £13.99/$19.99 you get eight piano instruments (four grands, four uprights) with a further instrument free on registration. Nine more instruments are available as in-app purchases or as a bundle for £6.99/$9.99.

You can play iGrand Piano using the app's built-in keyboard, but you really need to hook up an external MIDI controller using either IK's iRig MIDI or other MIDI interface, or via USB/Camera Connection Kit, in order to experience the sonic potential of these instruments. IK themselves are pushing the iRig Keys as an ideal accessory but this was not available to test at the time of writing - look out for a review on macProVideo soon! You will notice when you play the built-in keys on the iPad that velocity sensitivity is effected in a different way to other apps. For example, GarageBand makes use of the built-in accelerometer to give an experience that is not unlike velocity sensitivity despite the fact that the keys do not 'depress'. iGrand Piano on the other hand does not respond to velocity but to the position at which you tap the keys - the lowest point of the key gives the loudest note the highest point the quietest note, and although this is different to other apps, it reveals that there are a larger number of velocity layers in each sample.

So how does it sound?

The piano instruments sound great – not quite up there quality-wise with some of the Mac-based sample instruments, and certainly without the out-and-out character of some of SoundIron's offerings, but it is certainly a step up from the run-of-the-mill iOS offerings. Compare the highest and lowest registers with GarageBand's Grand Piano and you will hear what I mean! Where GarageBand sounds as though a limited range of samples have been pushed a little too far in terms of range, iGrand Piano has no such issue - the low notes are full and rich and the high notes maintain a realistic timbre.

Each instrument can be edited by six parameters. 'Ambience' and 'Lid' (accompanied by a graphic of the piano lid closing) are great for making subtle instrument-specific changes to the overall timbre. 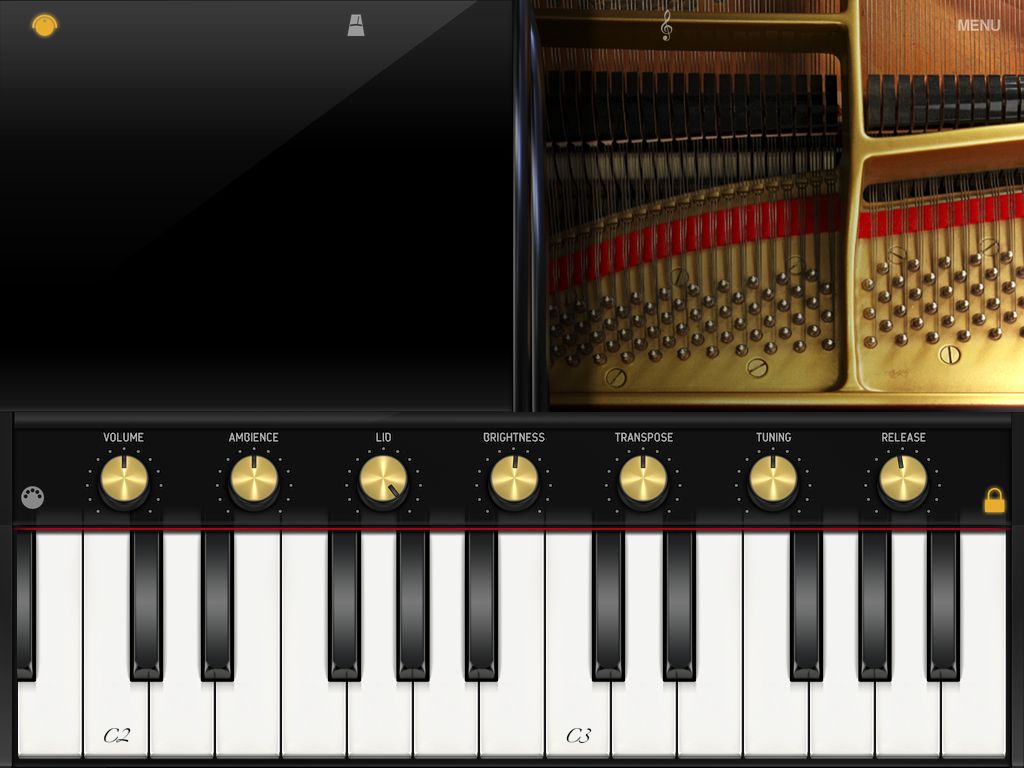 The metronome, which has a useful visual display, lets you set a tempo either manually or by tapping. Use this for rehearsing, then when you are ready record, tap the Song button and record with or without the metronome. You can then overdub as many parts as you like. These can be quantized, but some might find the omission of some kind of piano roll style MIDI editor disappointing at this price. 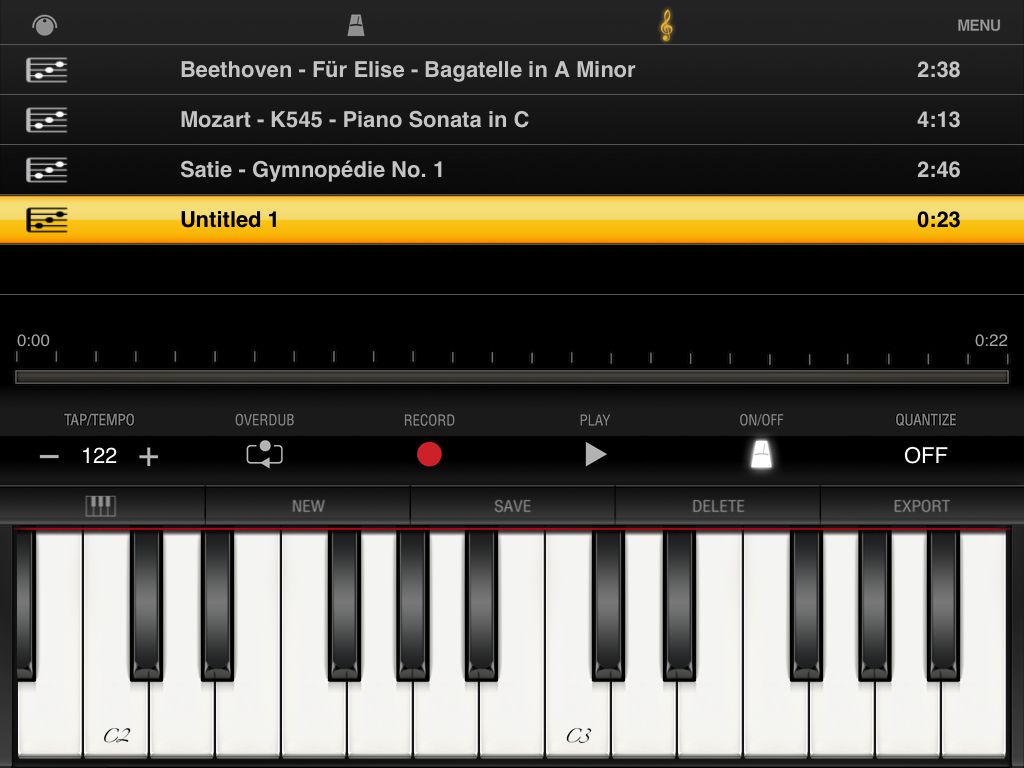 Once your recording is complete you can share it by email, iTunes File Sharing, or copy it to the Audio Copy clipboard, making it available to other apps such as GarageBand that support Audio Paste (so no MIDI editing there either!) Unfortunately however, Dropbox and other cloud services such as SoundCloud support is lacking. So, as with other IK apps, iGrand Piano is not a 'kitchen sink' style app. It does one job, acoustic piano, and it does it pretty well. With no requirement to accommodate a massive range of features and options, it was perhaps surprising that the app feels somewhat unintuitive in the design and language of its GUI - for example, it is uncommon to include a manual 'Save' button, and what is normally called 'Share' in other iOS apps, is here labelled 'Export'. I would suggest that, along with more export options, this could be something that is revisited in version 2, for a better user experience.

Jack Gatley
Hi, I have just looked at the ipad grand piano app, and would like to ask the following. I have a Casio digital piano which has a very short sustain.If I used this app would it change the sound of the piano when playing for example like Pianoteq or does only affect the sound of the ipad