The amount of hardware and software controllers out there is a testament to the popularity of Ableton Live. And, with Max MSP, for some time now, playing a much bigger part in Ableton's evolution, the tweak-ability is spiraling into areas unknown.

Controllers like the APC20 and the Launchpad were only the pioneers from the corporate manufacturers. Soon, devices like the Monome came along and sparked the interest of the tweakers, and then we began to really see what was possible. Or, did the Monome come first? I can never remember.

Thankfully, the trend of innovation for Ableton Live is not coming anywhere near a halt. And, in the same way that Ableton has collaborated with other companies like Novation, other companies are starting to collaborate together and create systems that we never even dreamed possible.

As a single company, the Austin Texas-based Livid Instruments makes some of most solid and stable controllers I've had the pleasure of working with. This is especially true where the hardware portion of Hybrid Control known as Code is concerned. The rotaries and buttons are about as solid as you can imagine, but are also as smooth as silk. Not an easy thing to accomplish, but Livid really did it. When you match this functionality with leds that are actually informative and helpful, rather than just looking pretty... Well, you get something that will be with you in your Ableton-ing for several years to come. But, this is only one part of Hybrid Control! Now, let's step over to the software side, to your iPad, or iPhone.

Liine, if you will remember, are the generous cats that brought the power of the legendary Lemur to the iPad and iPhone. Finally, without spending a couple of thousand, you could have the Lemur right there on your iPhone, or iPad along with all of the amazing objects that make the property so much fun. Since the release of Lemur for iOS, Liine have not been sitting around. They've introduced several products dealing with remixing, and more. They've also released a couple of Ableton specific apps. The one that I'll speak of here today is Griid Pro. 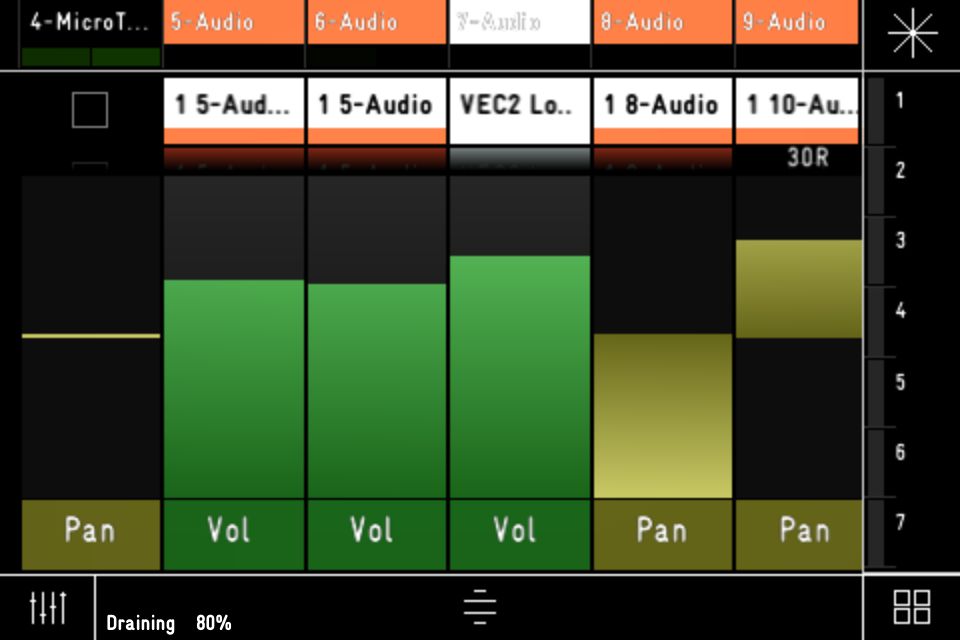 Griid Pro allows clip triggering, clip creation and mix tools, all in one elegant, little package. By simply moving your fingers, you can actually draw in notes within a MIDI clip. You can also trigger the clip in a different view, and even adjust your mix. 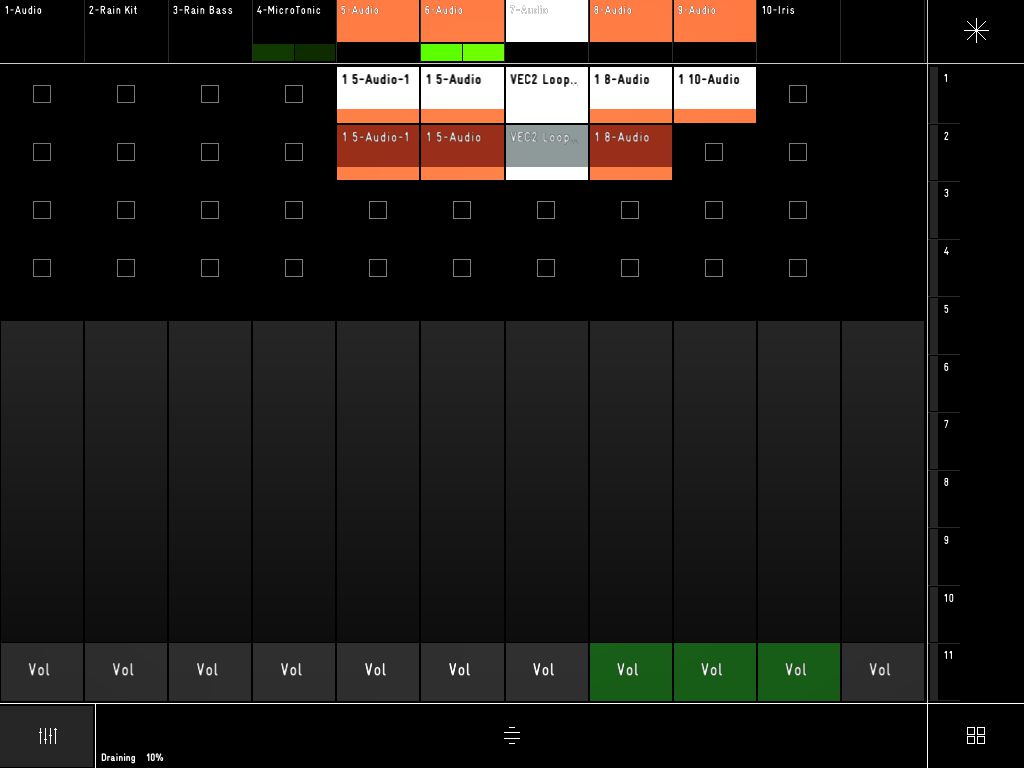 Now that we've established what both our hardware (Code) and our software on hardware (Griid Pro) do. How do they work out together?

Seamlessly! As a former Euphonix user, who valued hardware faders and pots along with a touch screen, I have to say that this was a real blast to work with. The Livid controller really has a nice feel, and it's as solid as they come. Griid Pro, on the iPad was highly responsive and it was so nice to be able to use my fingers to draw in notes. 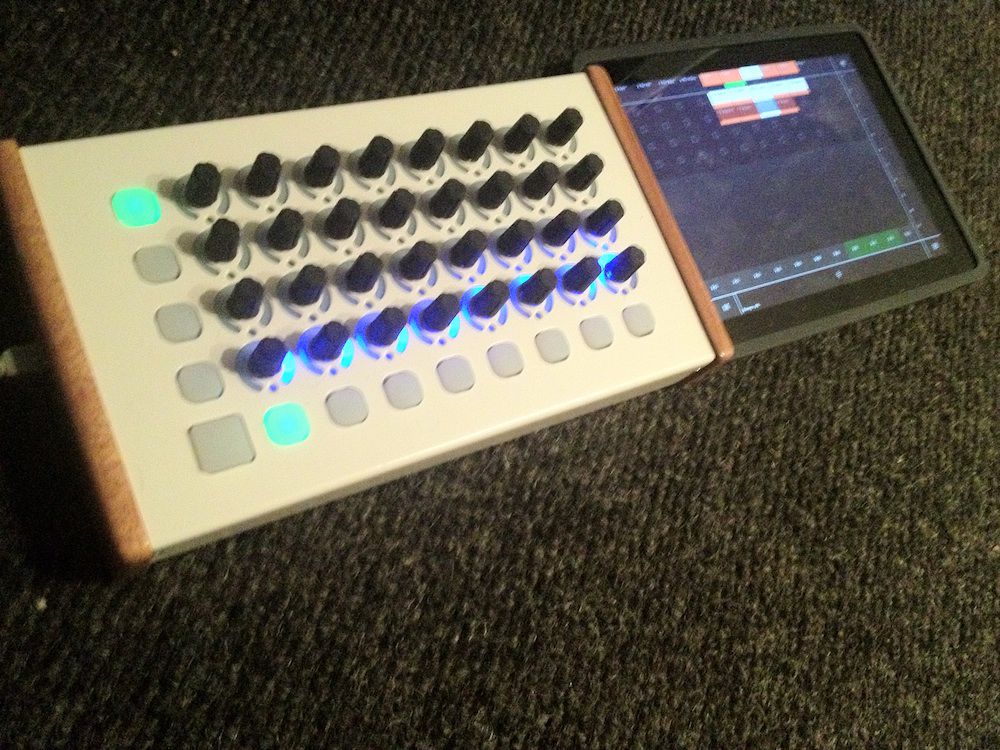 I will say that there was a little bit of irritation in the setup. There's no set installer for Hybrid Control so there are a few things you need to set up on your own. I'd advise going to the actual Hybrid Control page. Here, you can find the Code-Griid script file that you'll need for Ableton and the Livid Wiki page with the Remote Script. If you follow the instructions, it's really only about a 5-7 minute setup. If you don't heed my warning, you'll be surfing the net for a little bit.

Both products, together, really are seamless and would be advisable for people who do a lot of live performance and djing. For studio production, I'd probably point someone more towards Code, as it's really nice to have a hardware control surface for mixing. Though, Griid Pro, really can act as a stand in mixer control surface as well. It just depends on your budget and the way you like to work. The two together really do add tactile back to your work in a whole new way.

Hopefully, both Livid and Liine will continue to work together to refine what they've started in their collaboration. Some amazing ground work has been laid.

Is this duo really a 'must-have' setup? Well, that would depend on your particular needs. If you've your eye on some really solid hardware, you certainly won't find a better solution for Ableton, than Code.

Visit Liine for more info on Hybrid Control and Griid.