If you’re familiar with the Punish knob, found on Heavyocity’s Gravity, DM-307 Packs, or Aeon, you’re going to be really excited. If you have no idea what I am talking about, but you really like honing drum loops, synth lines, mixes, and every other little clip of audio with serious compression and over the top limiting, or if you like removing any hope for headroom out of your slamming breakbeats of power while still bringing out the transients of each attack, then follow along... The Punish knob is available on its own. And it brought some friends!

Beat Them Into Submission

If you’ve ever played with iZotope’s Trash, then you’ll feel right at home. Like Trash, Punish is not just one device, but several, working together within one unit, consisting of a Transient Shaper, a Compressor, Saturation/Distortion, an Equalizer and a Limiter. There is also a slew of highly useable presets with sub-directories that definitely cover all of the situations for when you might need a sonic drill sergeant, like Punish to come in—Vocals, Drums, Mastering, Guitar, Loops, FX, Sub-Mixes, etc. And this is where I began not only my investigation of how well Punish really does assert its will, but also where I began my love affair with its awesome GUI, animated Punish knob, and its character while keeping my tracks in line. 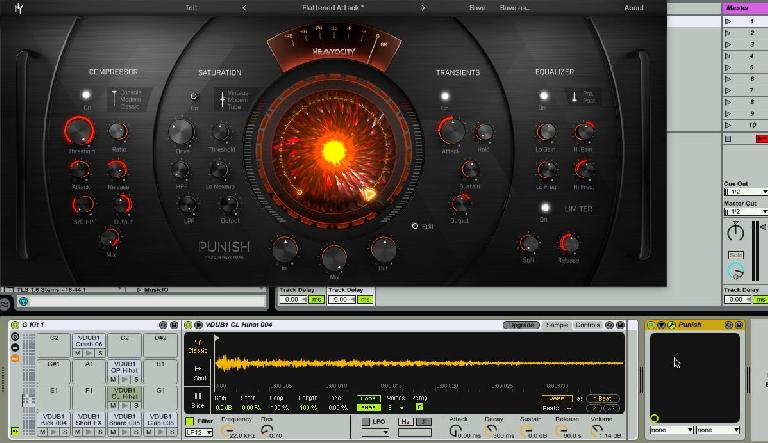 I started my punishment with my drums, the most obvious place to start, in my opinion, as I love me some tight, thumpin', crispy drum tracks. The Punish knob itself became quickly my main means of getting a better handle on the presets, and getting a better overall feel for the way the plug-in as a whole works. The Punish knob is designed so that you can map any of the knobs that exist within Punish, to the Punish knob, in specified increments. The idea is that the Punish knob remains active, with automation, controllers, and tender fingers, throughout a song, moving into positions/settings that are more suited to particular parts.

For example, I can have one setting mapped out within the lower sections of the Punish knob that suits my drum sub-mix that I am running in parallel with the master drum section that has a minimal, light feel, but still keeps things tight. Then, when the chorus comes in, I can squash the crap out of my sub-mix to make it sound hairy and scary, for increased effect, by simply automating the Punish knob, within Punish, which is the main effects plug-in for my sub-mix. And it’s really easy to do. Press the Edit button, and start moving the dials where you think they should be, as the Punish knob ramps. 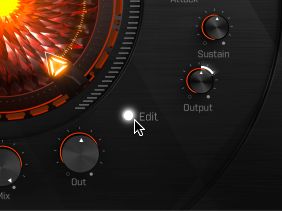 In the past, for some of that effect to take place, I would’ve had to automate multiple parameters like Release, Output, Threshold, Saturation, and more. With Punish, you just let the knob take care of it.

I would’ve hoped for a few more presets, but the ones supplied do fulfill my expectations. And I was additionally thrilled that the Compressor, as well as the Saturation section of Punish have additional modes. For example, the Compressor has Console, Modern and Classic modes, each with a different sound and coloration. And the Modern mode, in particular, has a classic “knee” setting to keep your signals a little more organic.

Here’s an example of the sound, with and without Punish. Notice that kick!

Punish is serious. It’s not screwing around. It’s a great tool for seriously beating your audio into submission. It’s a great plug-in as either an insert, or as a master plug-in, and it's a great effect if you’re into running a lot of instances of a track in parallel to get a more interesting and bigger tone.

Pros: A powerful compressor unit with limiting, EQ, a sick macro knob, and some great presets for insert and master effects.