Language
If you're in the market for a digital mixer that's easy to use, with enough options for customization too, then Line 6's StageScape M20d is worth your attention. Mat Vanacoro gives it a full test.

Line 6 has never been a company that sits on the fence. Their line of polarizing products has helped to shape the world of amp modeling. From the Pod to the AMPLiFi, they have constantly given musicians an alternative take on what a music product can do. It's only natural that they would turn their focus towards live sound and upend what the average person thinks a mixer should do. Enter the StageScape M20d. 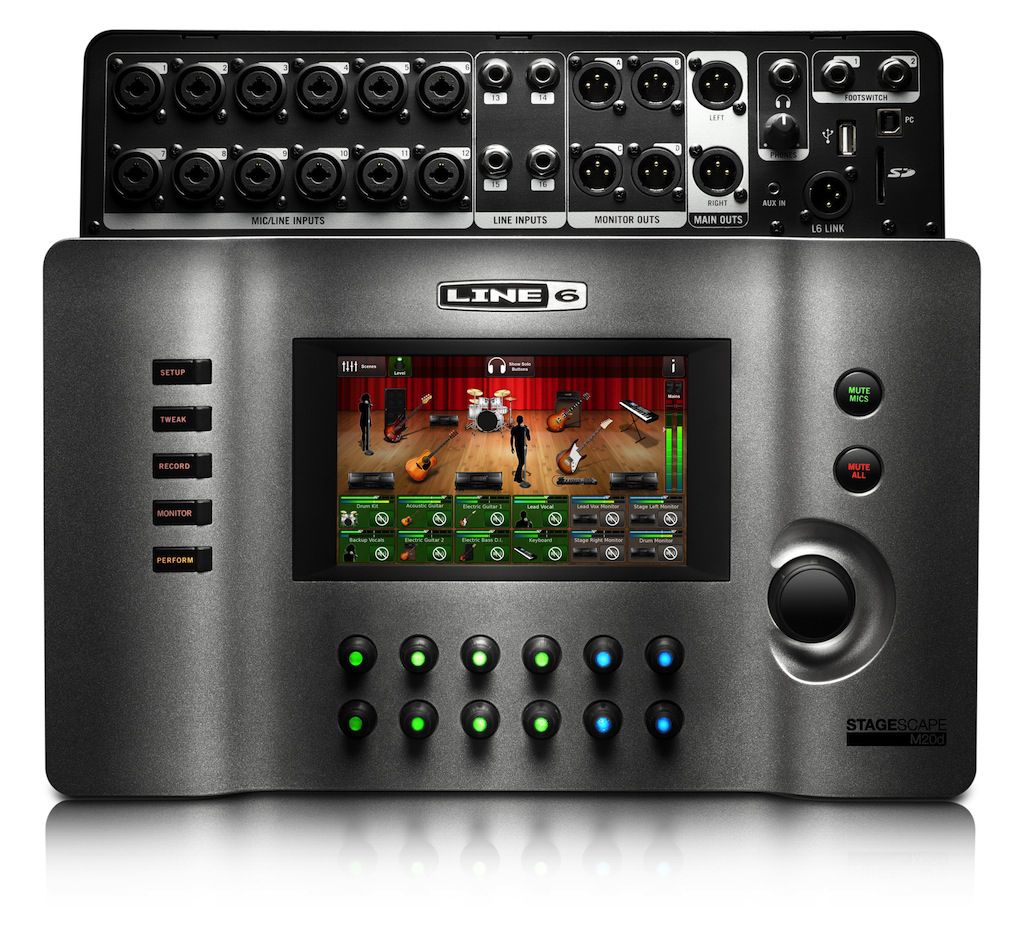 The first thing you notice when you look at the M20d is the simplicity in its design. There are no faders to speak of, most of the knobs aren't labeled and the unit itself doesn't look intimidating. In fact, the design really invites the user to get in there, touch the screen and 'play around'.

Hands on Mixing, But Not on Faders!

This paradigm allowed me to do something I'd never done before. It let me allow other musicians to get near the mixer, even (gasp!) touch it without fear.

The graphical layout of the stage really invites the non-engineer to get their feet wet and make some adjustments to the mix. Plug in an instrument and you're greeted with a menu asking you what kind of instrument it is, what do you want to call it and where it is on the stage. From here, making adjustments to that channel is as simple as touching the icon and pressing 'tweak'. For power users, you can jump into the 'deep tweak' menu to have complete control over every aspect of your sound. For quick adjustments, the 'tweak' menu converts common tasks (such as a graphic EQ) into everyday words (make it 'brighter').

This paradigm allowed me to do something I'd never done before. It let me allow other musicians to get near the mixer, even (gasp!) touch it without fear. In the past, if our backing vocalist wanted more of herself in the monitor, I'd have to remember which input she's on, remember which aux bus routes her vocal to that monitor, explain where the aux controls were… and the list goes on. 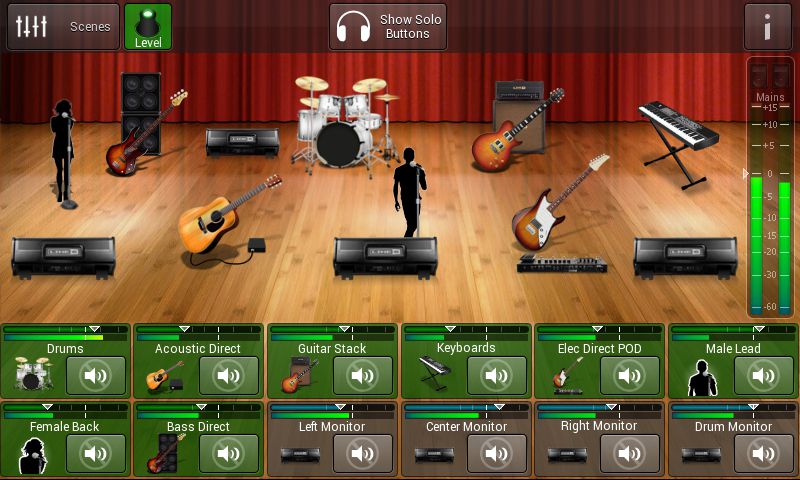 That type of setup is a thing of the past with the M20d. Now, if our vocalist wants more presence in the monitor, I can tell her to tap her icon on the screen, tap 'monitor' and away we go. It's that simple. There's even a handy blinking arrow that shows what you're adjusting and to what speaker it is routed to.

Like most digital mixers these days, Line 6 has provided a great iPad app that interfaces with the M20d. You can have band members adjusting their monitor mix from their iPad, or if you are chief sound engineer in addition to being a band member (aren't we all?) you can get out in the audience with the iPad to make adjustments and hear the results in real time. It works fantastically.

The recording features on the M20d are fantastic. Every input can be recorded to an SD card or USB storage device. Recordings are made at the input level and the audio files are named after your channel strip names. This makes it incredibly easy to drag the files into your favorite DAW to mix and edit afterwards. You can also use the 'quick capture' function to record 20 seconds of audio without any media present. This is great for sound checks! The band can play for 20 seconds, their audio is captured at the input level, and whoever has assumed sound engineer duty can craft a mix without the members of the band present.

The M20d features a user-enabled 'auto trim' on each channel. This feature allows the M20d to monitor the input level of any channel and adjust the trim when needed to keep the input level consistent. Trim tracking is my new favorite tool to keep certain band members in check. I don't want to single anyone out, but in my band there's definitely one guy who loves to turn up his rig as the night goes on. Let's just say his job rhymes with 'Shmitar Shlayer'. 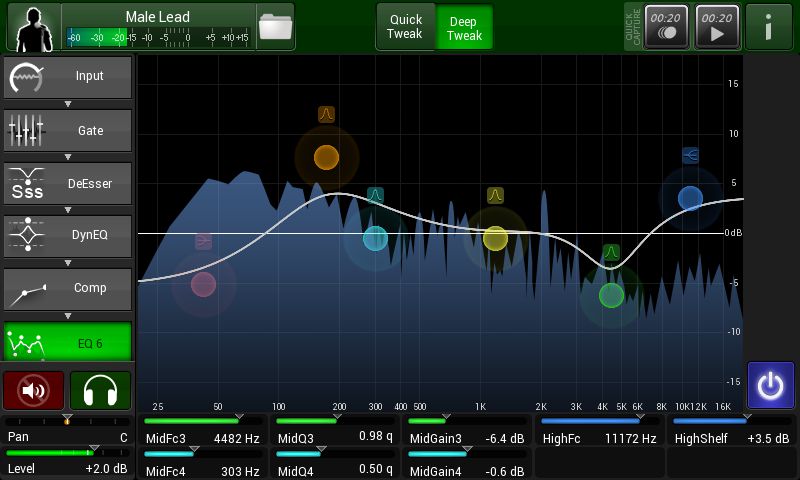 Pic 3 - Deep Tweak - Advanced features such as professional EQ and 'trim tracking' are available in the 'deep tweak' menu.

Volume wars become a thing of the past with trim tracking. Now, as the offending musician slightly raises their amp volume, the M20d decreases the trim volume accordingly to keep the volume level consistent and stops them from overloading the mic preamp.

The Mixer of Tomorrow

So far, Line 6 has been quite good with updates. There have been presets added for various instrument types and other features added as well with the last few software updates. The tight integration with the StageSource speakers and good support that Line 6 has shown this product line makes me feel very optimistic about where it is headed. For those of you who have a dream that mixing can actually be… well… fun, by all means check this one out!