Review: Fugue Machine, A Unique Take on Sequencing for iPad

Language
Imagine having multiple playheads that can play back different MIDI patterns in different directions, tempos and pitch settings... on an iPad. Fugue Machine does that and more in a really novel way.

The iPad is the perfect platform for building interesting music apps. Apps that on the desktop might be made as plug-ins and perhaps be seen as less interesting as a result can really shine on Apple’s devices. Fugue Machine is just such a thing: simple yet fiendishly clever, it’s a re-imagining of the piano roll as a means of programming MIDI. It has four playheads, each of which can be set up with different configurations, to play back over a MIDI pattern you create using different direction, speed and pitch settings.

This isn’t the first app to dabble with the idea of multi-playhead sequencers. FXpansion’s Tremor for Mac and PC does it, and the Patterning drum machine app also has a novel approach to sequencing. Here though is another take on the idea. The main part of the window is your MIDI grid where you can enter notes by tapping. Gestures like swiping and using more than one finger can control multiple selection, altering note length and deleting notes, and holding the Option button at the top left lets you access other functions. Scrolling up and down the grid shows more octaves. 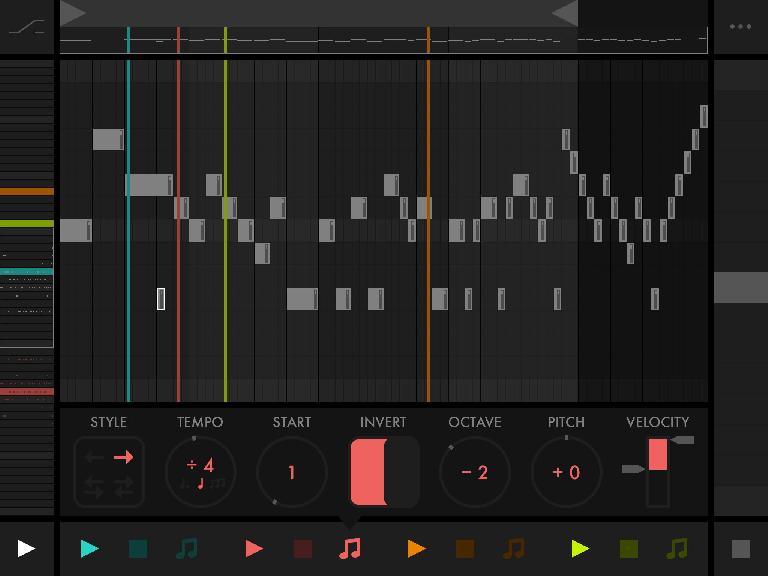 Any or all of the four playheads can be stopped and started independently and the length of the whole loop can be changed too. If you tap on the notes icon for any playhead, you access its settings, which is where things get interesting. Here you can change the direction of play, tempo and start point, invert, octave, pitch and velocity of a playhead. The idea, of course, is to set each playhead up differently and then bring them in and out, causing your notes to be played in multiple different ways at once. It’s dubbed “Bach in a box” because the effect is that of a “round” : a musical figure that gets played in different ways but each part over the top of the other. 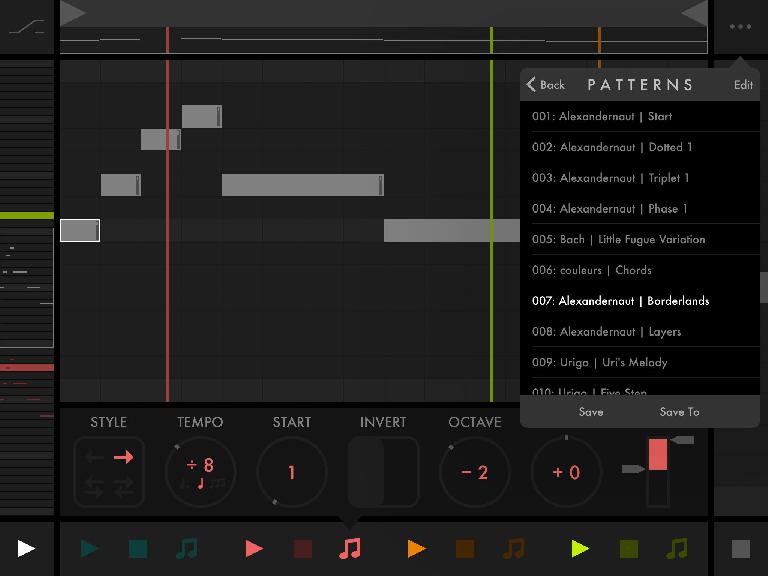 Load preset patterns and save your own.

The effect is very pleasing, and a lot of fun to play about with. Pop into the settings menu and you can access lots of preset patterns as well as saving your own, set master tempo, key and scale as well as tweaking the reverb. Even more interestingly, this menu lets you send MIDI out to external devices with configurable channel and latency compensation as well as sending MIDI Clock and receiving MIDI input. The sequencer has tweakable quantize settings and the latest version of the app now supports Ableton Link, making it wirelessly sync-able with other compatible apps. 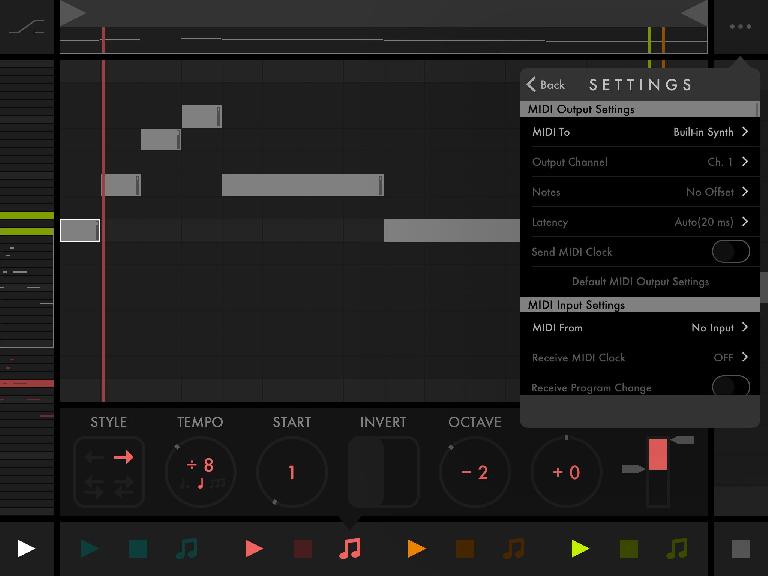 Send and receive MIDI over hardware or Wi-Fi.

This is a very cool and fun app, and you can easily make some great experimental patterns and melodies with it. Its ability to send MIDI out via hardware or over Wi-Fi means that you can connect it to any of your software or hardware and use it as part of your main music setup. It’s creative and inspiring to use, but can help you generate some more serious ideas too if that’s what you need.

Cons: Only one actual tone built-in