Sometimes you want a plug-in that you can turn to for quick effects processing in just a couple of clicks. Joshua Casper checks out Focus One by Sick Individuals.

I have been a fan of Sick Individuals for a long time. So, when I was asked to check out a multi-effect VST they have put together, I jumped at the opportunity. Their mixes in recent years have been of the highest quality and getting a chance to check out what they have to offer the producer community seemed like a great opportunity.

Focus One is a simple-to-use multi-effect that has 5 unique effects to offer. These 5 effects can be applied in varying amounts individually or in any combinations via the amount sliders in the UI. 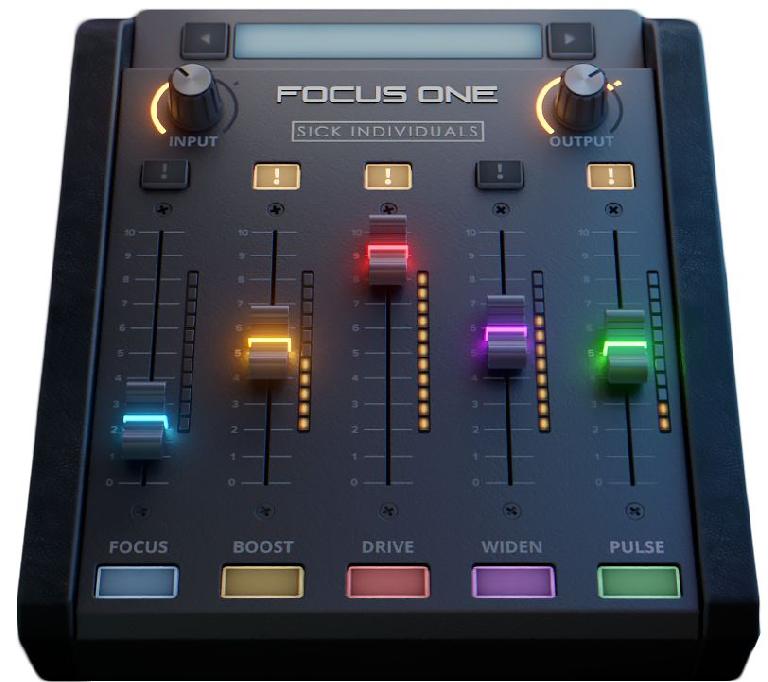 A quick run-down of the effects is as follows.

Each effect has an Extreme Mode switch above the sliders which amplifies and changes the effect. I would say Focus One is better suited as a mixing tool than somewhere in the mastering chain. That being said, adding small amounts of some of the modules to a premaster might add a nice bit of character though.

This type for plugin is meant to be applied to taste using your ears as your guide. However, there is most definitely some benefit to putting these modules under a microscope to see if we can better understand what each is doing to an audio signal. Let’s do that!

This is actually a pretty great sounding effect. Especially if you run it on full blast on some drums in parallel with the dry signal. It delivers a nice crunchy sound and even fills in some gaps with gritty glitchy goodness. It really adds character to drums and thick bass lines.

Here is a normal drum loop.

That same drum loop crushed by the Focus module.

Looking at the results of the effect at maximum wet with the Extreme Mode enabled, using Ozone 8’s handy EQ matching feature, it looks like there is a boost in the signal between about ~62 Hz through ~1.7 kHz. Nothing applied below ~62 Hz. Very little, if anything being done between ~2.6 kHz and ~4.7 kHz. Then there seems to be a subtle roll off above ~4.8 kHz.

Here we do get quite a bit of upper harmonics and saturation. In the screen shot below, I played a fairly clean sine wave on C3. Applying the Drive effect 100% you can hear and see strong harmonics being added in the spectrum at G4, E5, A5, D6, & F6. However, with the Extreme switch enabled… things do get really extreme. 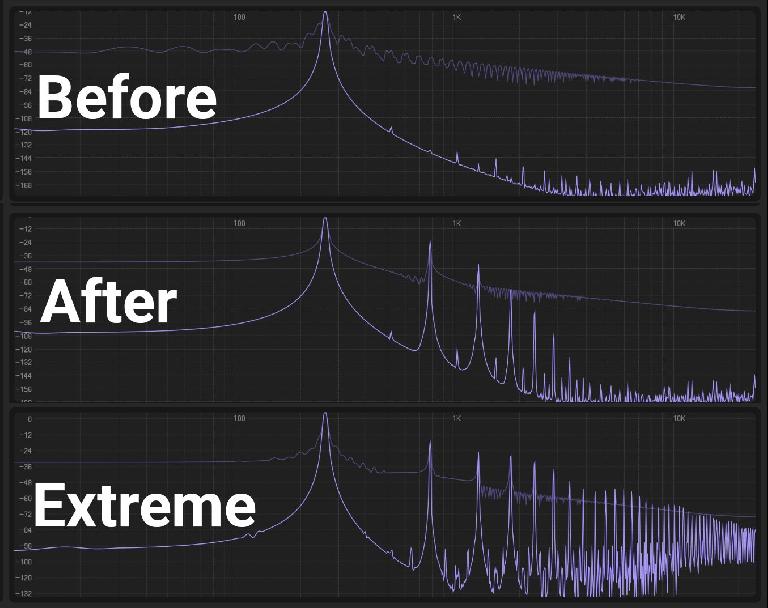 This module does do a good job of widening the stereo width of audio. Almost too good of a job. You need to be careful with this one. If you look at the imager below you will notice that while spreading out the width it is also adding a lot to the overall output gain, making it clip in more than a few places. If you decide to enable the Extreme feature even more clipping occurs. 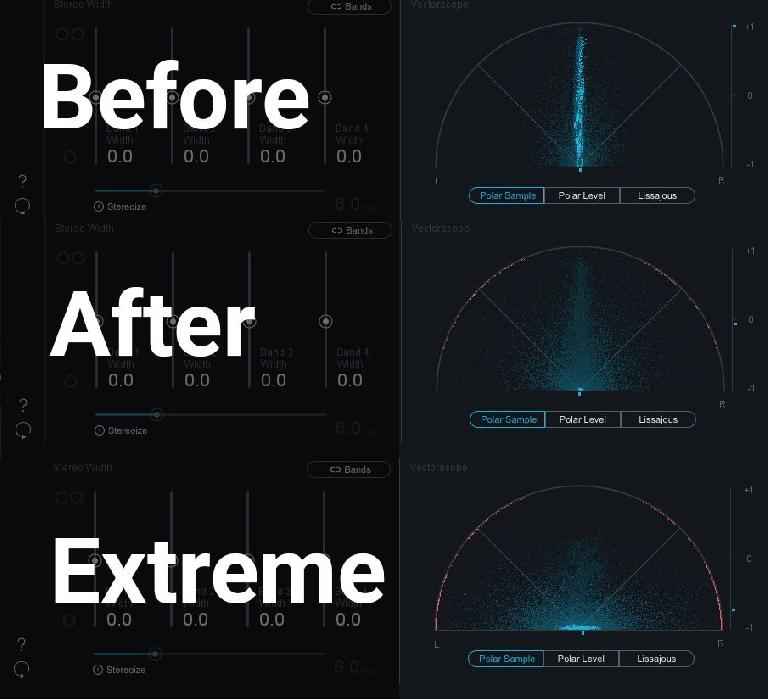 If you look at the correlation meter you can see that the normal correlation is knocking around +1, with full Widen applied 100% it gets down to 0, and with the Extreme applied on full throttle we start kissing -1, which is very bad for mono compatibility. It also doesn’t sound good. I’m not saying you would ever want to apply that much of this effect to your tracks though, obviously. For this one, a little dab will do yah.

This is a fairly straightforward effect. It’s like applying an LFO on the output volume. The effect is synced at ¼ notes of the DAW’s global BPM. The regular effect is a sine wave applied at varying amounts depending on the effect amount slider. When the Extreme option is enabled the LFO curve turns into a hybrid of a square and sine wave shape, leaning more towards the square. This causes a much more apparent effect. Because the LFO rises and dips so quickly the effect is almost a stuttering sound. 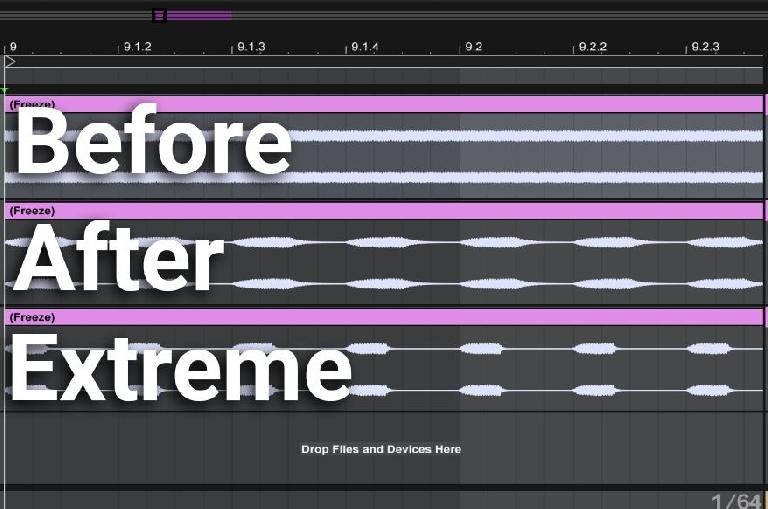 I think Focus One was made for producers who want quick results without a lot of fuss and people new to music production who might be a little intimidated by too many parameters. The streamlined UI works as a plus in that regard. In contrast, veteran and detailed-oriented producers might feel restrained by the lack of tweakable parameters. I can see myself reaching for it when I’m in the zone and want big effects done quickly, but I might find that I need to go back later and try to recreate the general idea with other plugs that have more flexibility.

Pros: Quick and easy results. Great for producers that are just getting started who want liven up their sounds without too many parameters getting in the way.

Learn more about mixing and mastering in the AskAudio Academy.