Language
Flux:FX is a new ingenious multiFX iPad app that provides real-time audio effects that GW says "can hardly be expressed in words." He manages though in this review.

If you're looking for something to your sound that is sure to change it, and add something along the way, then you really need to see Flux:FX, a new multiFX audio app from Adrian Belew at Noii.se that brings us a staggering amount real-time, audio sur-reality to audio that can hardly be expressed in words. 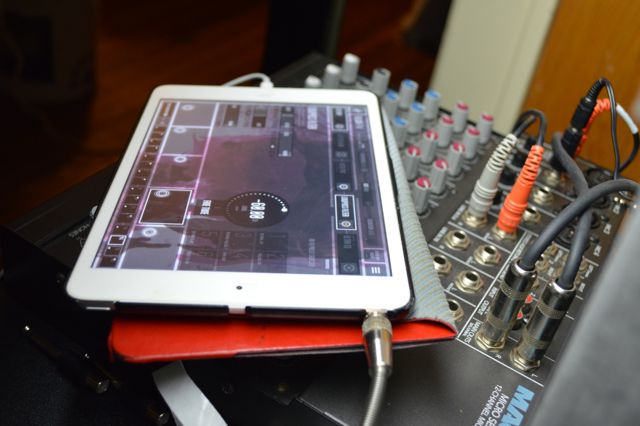 Flux:FX is a vast palette of all the effects you'd ever want for stage, destruction, boosting and correcting. It's designed where you can chain multiple effects through one another, and gives yourself a giant XY pad that can be assigned to an endless combination of effects parameters. Where it gets really crazy is that NOISE, the developer,  added a sequencer on to this massive effect bank that records multiple effects changes, randomizes multiple effects, and even modulates multiple effects. 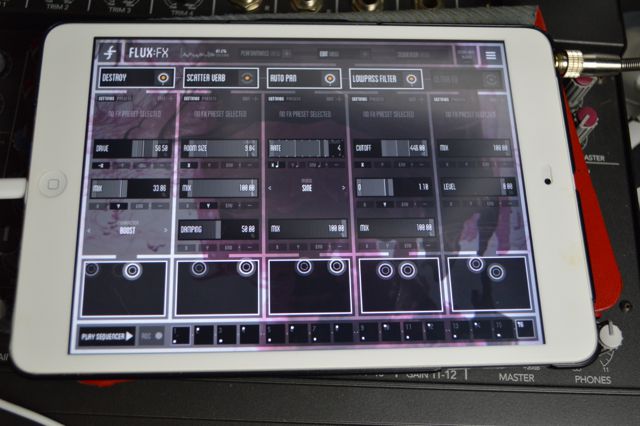 What kind of Effects? 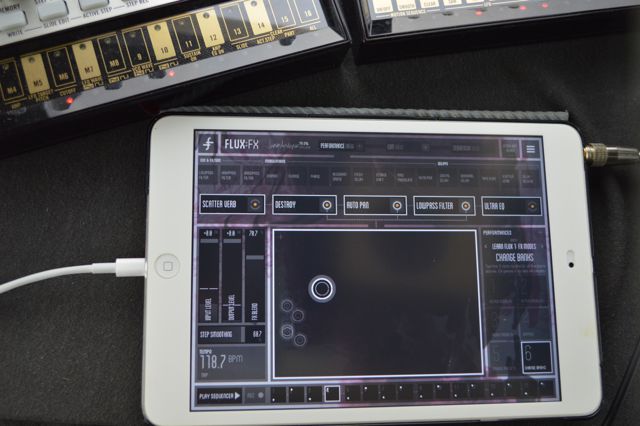 Even though there is a minimal selection of Dynamic effects (Compress, Pump), the rest of Flux makes up for it. And, it's not just variety, the quality is there. I was particularly impressed with the Loopers, included. With very little effort, as a first-time user, I achieved a clean, beatbox loop that I was quickly able to transform into a much bigger, much more massive drum loop. And, that was only just the beginning.

What about that Sequencer?

While Flux:FX is not even attempting to be a DAW (it really is a massive effects bank), it does have a very cool, and very powerful sequencer that makes automating effects much easier and much more realistic in terms of you actually using this feature. For starters, you can randomize it, or 'Flux it', if you will. When this takes place, Flux automatically seeds parameter changes within one of up to 64 steps. Within these steps, individual parameter changes for all the current effects can be automated to the internal clock, synced to MIDI, or Tap Tempo a little to get the internal clock to be right along the beat of a drummer, vinyl, or whatever you just to work with. And, if you're someone that is really into automating all of your FX down to perfection. Don't worry, you have a Fine Tune mode for all internal parameters, so you can seriously dial it in. 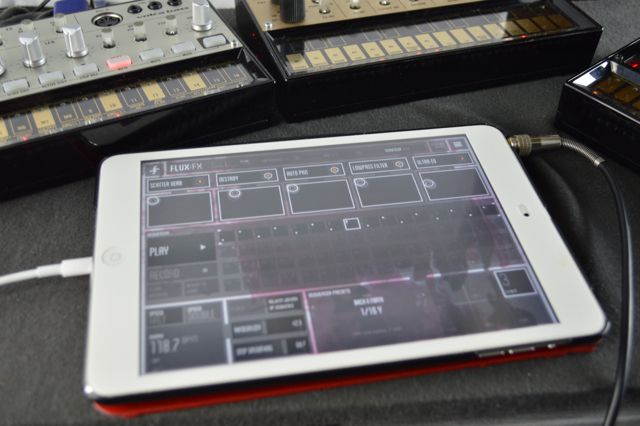 One thing that is absolutely flabbergasting is the sheer amount of content and polish that has gone into Flux:FX.

One thing that is absolutely flabbergasting is the sheer amount of content and polish that has gone into Flux:FX. Well-produced tutorial videos are online that seriously are some of the best I've seen. The interface, is a little overwhelming, at first. But, when you watch one of the developers work with it, and listen to their workflow, you'll be up and running as fast as I was. Aside from tutorials, I'd like to mention that the interface, and even optional visuals in the background are a nice touch. Bringing visuals into any session always makes things interesting. I'd also like to mention that there is a CPU meter in the app, so you can actually see, for a change, how much you're pushing your iPad. Neat, eh?

It's interesting to note that NOISE, the creators of FLUX:FX is actually a collaboration between former King Crimson-er Adrien Belew, the mobile solution company, Mobgen, and Elephantcandy, the audio app developer known for apps like Live FX, and Vinyl. Collaborations between developers appear to be happening more and more lately, and we are just reaping the rewards, as Frankenstein's of sheer audio power and ingenuity are emerging. And, where Flux:FX is concerned, it's definitely the latter that has taken place. Flux:FX is now a permanent weapon in my arsenal that I hope will remain secret for some time. And, at the same time, I want to tell the world about Flux:FX, as well, which I just did. Seriously, this is twenty dollars well spent!