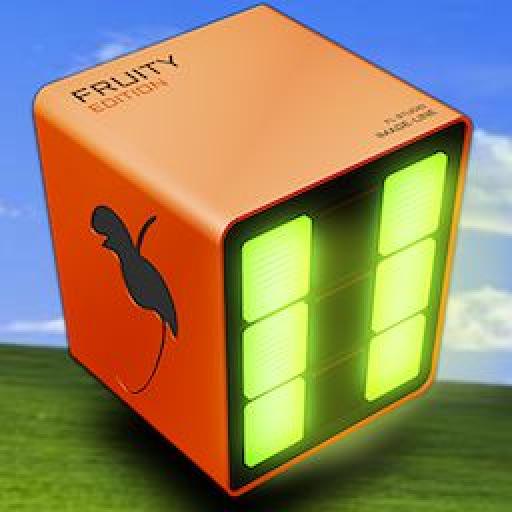 Language
Back in the day, G. W. Childs was a Fruity Loops die-hard user until he switched to the Mac platform. Now, with Bootcamp enabled, G. W. discovers just how far Image Line's DAW has evolved.

There are so many programs for music these days that we forget, for a while there, there weren't that many programs at all. It's hard to imagine now! I remember when there were only a few different programs to choose from. There was Cubase, Cakewalk, Pro Tools, Logic, and a few more... But, it wasn't like it is now. Not by a long shot.

It was during that time of very little choice that Fruity Loops showed up, around 1997. In fact, it showed up a couple of years before it's primary foe, Reason.  And, though it wasn't nearly as polished as it is now, it was amazingly cool at the time, and has continued to grow into something even cooler. But, before we go there, let's talk about the past just a little longer.

For many, and still to this day, music hardware was prohibitive due to the cost. FL Studio really was one of the first to offer a full music solution that did not require any form of hardware. It was light on the processor, just like it is today. But, one thing that separates Fruity Loops from the rest of the herd is that it was much closer to a tracker-style sequencer on initial release than the rest of the software choices. This, I feel, resulted in some amazingly talented people getting into music that may have never, had it not been for a Fruity Loops. It had, and to this day has an interface that really appeals to everyone... Not just people that have experience with hardware. It's built upon simple, pattern-based song creation, but gets as advanced as you want to.

Now, let's put down the history book and see what FL Studio (the current name of Fruity Loops) is like now.

I bought my Fruity Loops license a long time ago, probably around 1999. So, when I was asked to write this review, I was a little nervous to know whether my license would still carry on up to 2013. And, with any other company, I would've just said,

Any chance we will see full featured MPV tutorials on this interesting, and quite unique DAW ?

It would be great if there are plans for this.

I'm all tuned up ! and looking forward to some FL Studio 11 tutorials. I think it is a very different DAW compared to all others. Which could be a bit strange/alien to use at first. (especially for those of us with Cubase , Logic Pro, Studio One Pro, or other more linear style DAWs).

Oh, this might a bit silly to ask, but .. Have you ever considered re-naming the company to :

Cheers,
Muziksculp
Rounik
Yes, I'm pretty excited by what I've seen to date in FL Studio 11... and I'm assured there's a whole lot more under the hood, too!

Some 7 or 8 years ago I was working with a friend who used Fruity Loops... and quickly discovered that most everything I could do in Logic could be done on his PC with some very neat and time-saving features.

Ha! Well, we're not renaming macProVideo ... but of course, we purchased AskVideo.com last year and we share ALL our content with our sister site, and vice versa.

:-)
Rimby
I'm very excited to hear that a FL Studio tutorial may be coming soon!