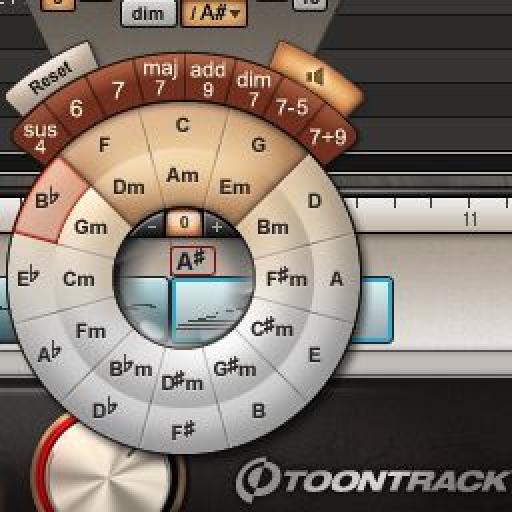 Language
Toontrack have until now been a company synonymous with great drum libraries. Their new innovative product EZKeys sees them showing a more melodic side with a sampled piano. Toby Pitman tests it out.

Toontrack have until now been a company synonymous with great drum libraries. Their new innovative product EZKeys sees them showing a more melodic side with a sampled piano.

The piano Toontrack have sampled is a Model D Steinway grand. As you would expect from Toontrack the detail of the sampling is fantastic and the instrument is a joy to play, even for someone with as little keyboard dexterity as myself! 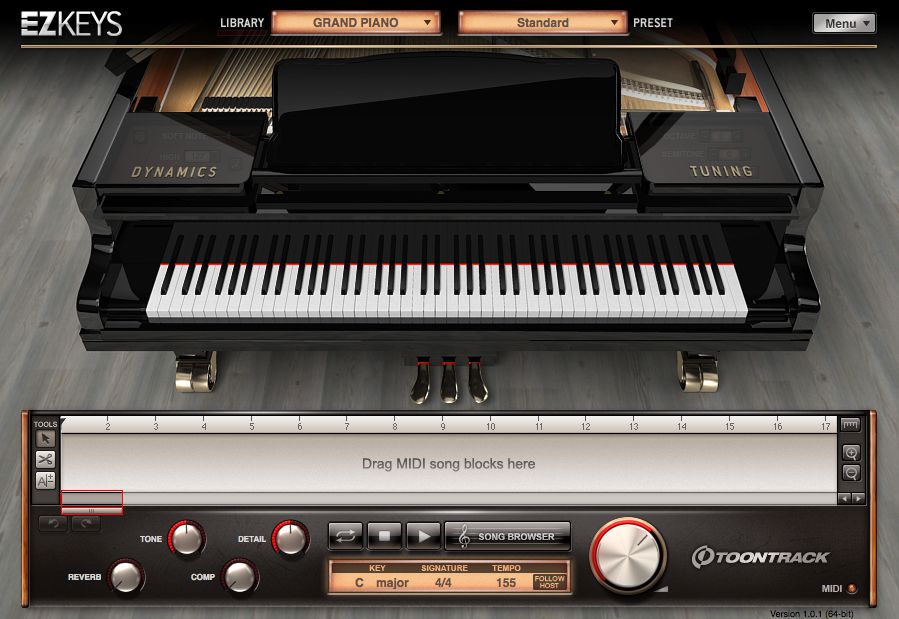 There are three pedal modes which can be addressed by MIDI CCs. Sustain is controlled by the regular Sustain Pedal (CC#64) while Sostenuto (only sustains notes that are held when the pedal is depressed) is on CC#66. CC#67 controls the Soft Pedal option which gives a muted and warmer tone to the piano.

Hidden panels on the interface allow for adjusting the velocity curves and range as well as tuning and transpose functions.

The 'Library' drop-down would suggest that Toontrack aim to expand this product with other keyboard instruments as well.

There are a number of effects presets available in EZKeys. These are provided in the same vein as EZ Mix: as a set of prebuilt effects chains. These are accessed via the 'Presets' list. 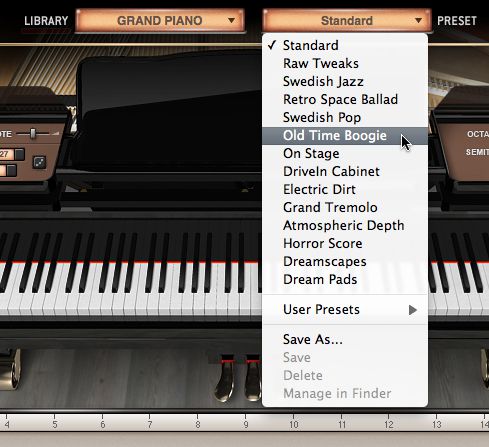 Each preset has four controls for shaping the effect. 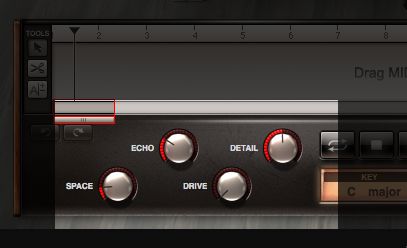 There's enough to get you by here with 'Standard' being the basic default preset right through to the more 'effected' one like Dreamscapes which is a bit more 'far out'! The 'Raw Tweaks' preset gives you the basic 'recorded sound' with some nice additions of control over Sustain and Hammer noise. I could see myself using this a lot.

Here's the On Stage preset.

And the Old Time Boogie preset.

Earlier I said my piano skills were a little on the limited side. So, how did I pull this great Blues piano riff from the previous examples? Well, I pulled it straight out of EZKeys!

Much like EZ and Superior Drummer EZKeys comes with a large collection of MIDI files in a wide range of styles. Arranged in song format this lets you build piano tracks up very fast indeed! There's also a nice selection of utilities in the form of basic rhythmic patterns, and even some music theory examples. There's also some documentation to help with that, too!

These are accessed via the Song Browser. 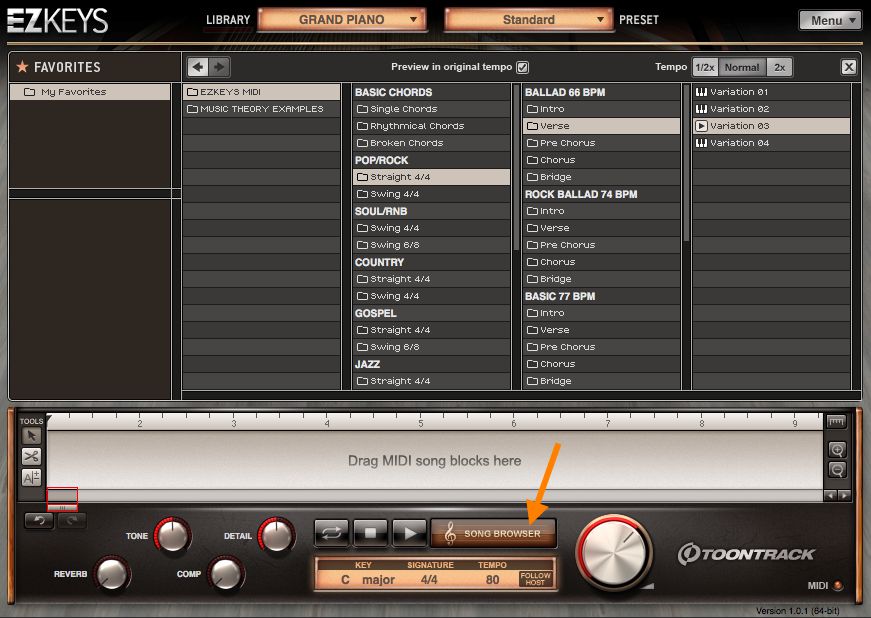 Once you've found something you like you drag it into the sequencer lane for editing. All the files are synced to your host.

Now you're probably thinking this isn't very flexible as you'll have to use their chords. Well, Toontrack has thought of that, too!!

When you drag in a MIDI file to the sequencer it's analyzed and will show the chords that are played. This works with your own files, too.

Clicking a chord name brings up the Transpose tool that allows you to completely change to existing chord to anything you desire! 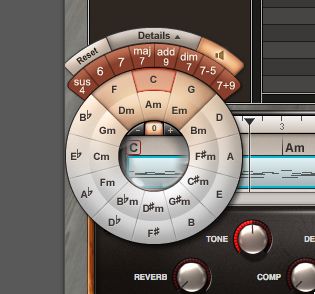 Arranged in a circle of fifths this shows you the related chords of your key (set in the transport) as your most likely options in orange. This is probably very helpful to users who don't have much music theory background.

You can add or subtract chord tones and extensions or change the chord type from major to minor or diminished. Very, very clever indeed!! Here's a quick example:, Below I have a stock Ballad MIDI file from the library.

Selecting some chords and changing them I can come up with my own set of chords in this style ready to fit my own track!!

This is, as I said, very clever and quite revolutionary! I expect we'll be seeing a lot more from EZKeys in the future in the way of expansion packs, both sound and MIDI. A brilliant idea from Toontrack and highly recommended not only just for the piano but this ingenious idea, too!!

Just don't bring out a guitar version or I'm out of a job!!

Find out more at http://www.toontrack.com/