So, you want to bring more modulation effects into your arsenal of audio effect plugins...? Matt Vanacoro checks out the new Clockworks bundle from Eventide - a rather tasty sounding collection.

Modulation effects are some of my favorite plugins (and, quite frankly, the most commonly overlooked) to add to a mix. While a great deal of love is often given to the latest classic EQ or preamp getting modeled, there’s something to be said for a suite of tools to make your audio stand out a bit more as opposed to fitting in neatly.

The Clockworks Bundle from Eventide is a bold set of tools that includes a harmonizer, the instant phaser, a flanger, a dynamics processor, and a digital delay. I had early access to this bundle and I’m ready to tell the tale.

The hardware units that this bundle reproduces are fairly legendary, and date back to 1971 with the introduction of the Instant Phaser. The H910 and H949 harmonizer plugins are fairly well known for their time and pitch altering abilities (the byline for them was, I kid you not, ‘f#@ks with the fabric of time’). These units combined pitch sifting with modulation, delay, and feedback to create quite a few different types of effects.

The Instant Phaser was actually the first phaser designed for studio use in a rack, and made the idea of getting the ‘tape flanging’ sound a whole lot less complicated. The Instant Flanger offered a lot of control over the layers of sweeps that it offered and once again gave studio engineers a lot more use out of the effect than the typical floor pedal. 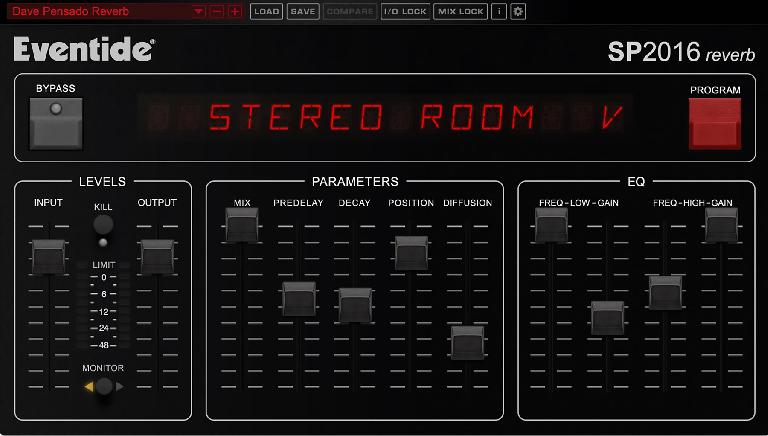 The SP106 reverb was the first effect processor that offered ROM chips for expansion of future sounds. Finally, the Omnipressor offered staggering control over dynamic processing with side chain, infinite compression, mix control, and more.

The visual aesthetic of the corresponding hardware units has been meticulously maintained. These plugins look, and more importantly, respond like hardware. They are laid out in a very easy to use manner, and making quick adjustments is clear and simple. There are dual versions  of the harmonizers included for working with stereo sources. The plugins authorize via iLok, and you get 2 authorizations for 2 different machines when you install them. This is something I can appreciate, as I’m not a fan of shuttling my physical iLok between my laptop and desktop.

I was quickly impressed by the presets of the Clockworks Bundle. I found them to be incredibly functional and handy. Vocal doubling, in particular, is something that I’m very picky about. I’ve yet to find a doubling plugin that makes me as happy as simply having the singer do a few more tracks and making layers manually, but the H910 and H949 may have just done the impossible for me. I found the H910 Doubler and Chorus presets to be incredibly useful and I’m going to be reaching for them quite frequently down the road. Here are a few quick preset examples, with the third one ‘Fall Semitone’ being a really ‘off the wall’ type preset that shows you just how freaky the time and pitch stretching can get.

I found the flanger and phaser effects to also have excellent presets. While they also had some extremes that were very fun, I actually was most impressed by those two plugins when they were a bit more understated. I dropped a light flanger on a Fender Rhodes track and fell in love with how wide it was able to make the track feel without actually dipping too far into the flanger effect.

The Omnipressor was useful for sure, although it didn’t quite stand out like some of the other models in terms of boldness. Finally, the SP2016 Reverb unit gave some really great ambiance. Once again, I had a particular fondness for some of the more understated presets like smaller room simulations to just round out a track a bit. Here’s a sample of that same Rhodes part with a little room from the SP2016.

This bundle covers just about everything you need in terms of modulation. The compressor and reverb are wonderful bonuses, but the modulation effects are where it truly shines. At a $299 introductory price, picking up the Clockworks Bundle is really a no brainer. These effects are meticulously modeled, they sound great, and they are easy to use. The perfect combination.

Pros: Modulation effects are really second to none, harmonizers are diverse and useful tools, reverb is lovely, light on the CPU, easy to use.

Cons: Introductory price ends June 30, keep an eye on that if you’re interested in purchasing!