ESI's U168XT high speed recording interface couldn't sound as good as it looks, could it? G.W Childs puts it through its paces to find out. (Spoiler alert: he liked it). 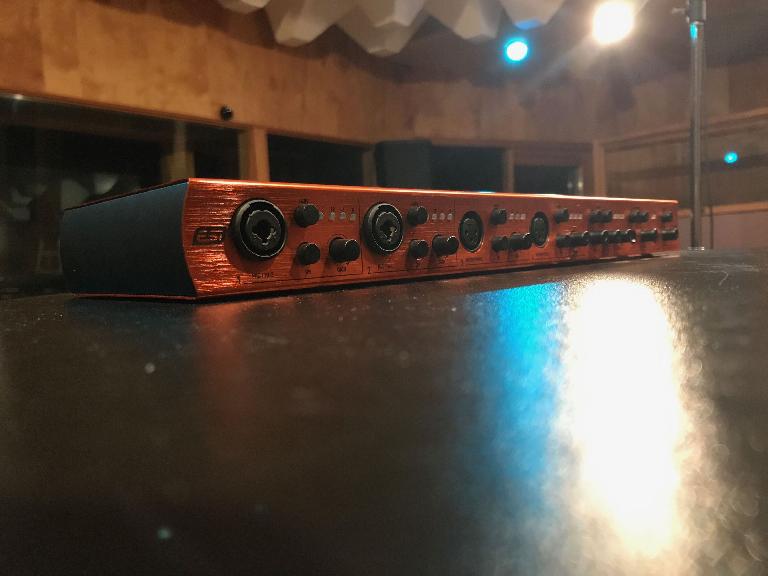 It’s seriously a sexy negligee of a box. It’s snug and really envelopes the basics of the interface. There’s no wasted space and it’s the first audio interface box that I’ve seen that has all sides pertinent, in a near one to one representation. It’s a lot like a centerfold for me, as the 16 1/4” inputs, along with the 4 XLR mic pre-amps, and the 8 1/4” outputs, in addition to the stereo set of dedicated outputs for the mains is sort of the interface I’ve always wanted for live, and studio. I just hope it works the way I imagine, as this could mean an interface that truly would be a one stop shop for me. And, maybe you, too. I’ll explain more, as we go along and see how this kitty purrs.

The Dress Comes Off

The next day, I take the U168XT in to Eagle Audio Recording Studio in Fort Worth, Texas for a session. I hook the old U87 up to the orange box and enable both the mic pre and phantom power easily on the front. Even before I have the drivers installed, I can see my voice levels visually appear on the input meter for the channel I’m currently connected to. All four of the front channels/pre(s) have the slick little input meters, and each have individual enable buttons that move the focus from the back 1/4” inputs, to the front mic pre(s), and individual gain knobs. 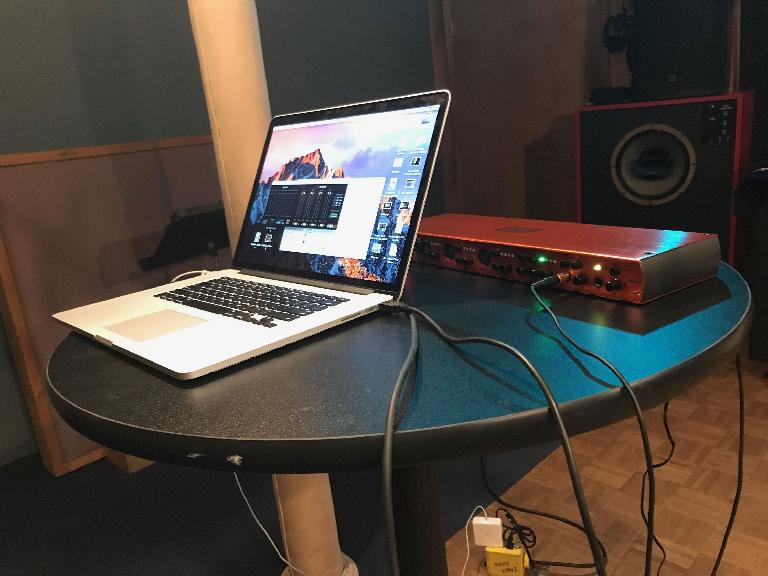 Drivers are included on an included CD. I have a current Macbook Pro, which has no internal drive. So, a quick lookup of the device on the ESI-Audio.com website revels the driver I need. Sadly, no mention in the download, or anywhere else on the sight about the supposed, included BitWig 8-Track License, or Deckadance LE. Which I’m sure are on the disk. So maybe a friend will loan me a drive. We’ll see. Once I’m completely installed and in-session, I am shocked at how easy the setup has been and how fast I am in to my recording. Ableton is happy, the recordings sound great and the latency is nonexistent.

Throughout my first part of the session I tried both headphone outputs, each having their own gain knobs, for personal listening preference and each having a selection switch that jogs from the phones listening to the 1/2 master outputs, over to the mix output of the integrated monitoring system. Yep, you can set up your own monitor mix with the U168XT, in hardware, without the need to even involve your DAW. 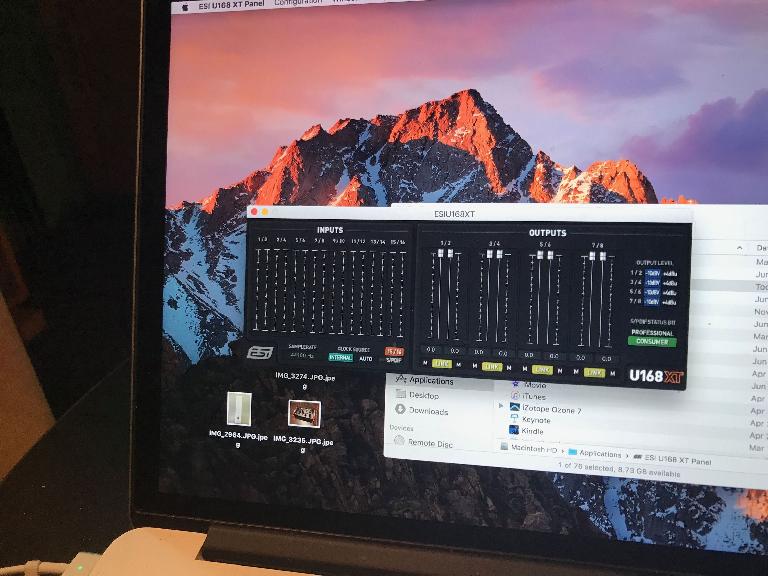 The small ESI Software Panel application that comes with the U168XT is simple and very handy at the same time. You can set your outputs from -10dB to +4dB Output Levels, you can monitor incoming and outgoing signals, independent from your DAW, and even modify your clock source, if you use SPDIF. 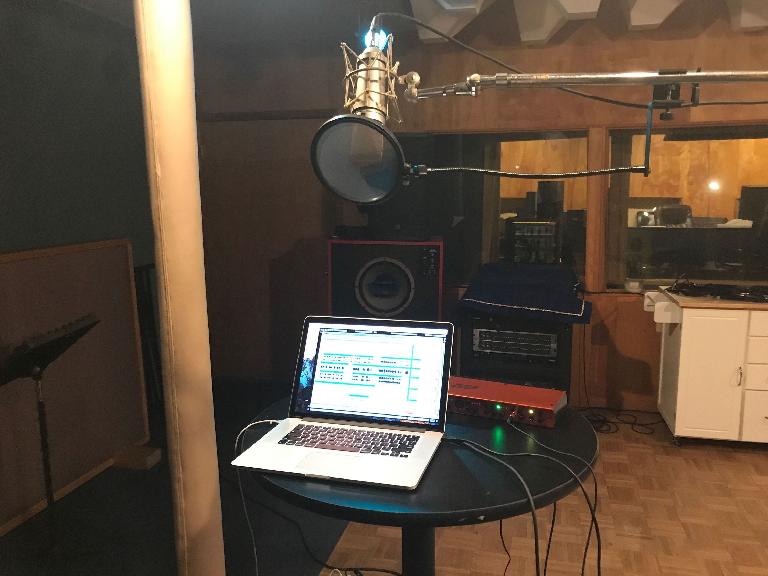 Since my session at Eagle, I’ve spent some time with the U168XT. In the studio, it performs like a beast, and my only complaints would be the lack of rack ears so that I could fit it in with my other devices, and the wall wart. To be honest, I’m shocked that rack ears weren’t included as this interface covers every base, in my book, in terms of what a truly pro interface should consist of. The built in headphone amp makes this a wonderful interface for collaboration, as well as an amazing main studio interface. And with all of the extra inputs and outputs it would make a brilliant live interface, which would allow plenty of headphone mixes, auxiliaries, extra inputs for live, realtime effects. It might not be fully bus powered on stage. But, that’s okay. It’s really beautiful!

Pros: An amazing interface that looks as good as it sounds. Multiple headphone outs, awesome mic pre. A powerful internal monitoring mixer and almost no setup on the Mac side, outside of driver download and installation.