Language
If you're looking for a new way to control all kinds of MIDI software and hardware, and want a 12-bit digital synthesizer, eowave's Ribbon 2 might be just the ticket'¦

French company eowave makes some cool pro audio hardware based around the increasingly popular areas of modular synthesis and MIDI control. One of its latest creations is Ribbon 2, a 12-bit digital synth that’s also a USB/CV and Gate controller. The idea is that it can be used in multiple ways: as a solo instrument, for controlling virtual instruments on your computer or iOS device, and also to trigger analog or modular systems and devices that can accept CV/gate input.

It’s a fairly unusual piece of kit, mounted on a long plexiglass slab. It has no real moving parts (save for two tiny buttons), using touch and pressure sensitivity instead. At one end there’s a USB port that provides power and sends MIDI data to your devices, and an audio output that can send signal from the onboard synth or send CV/gate signal when required. It is recognized by OS X, Windows and iOS as a MIDI device with no setup needed. 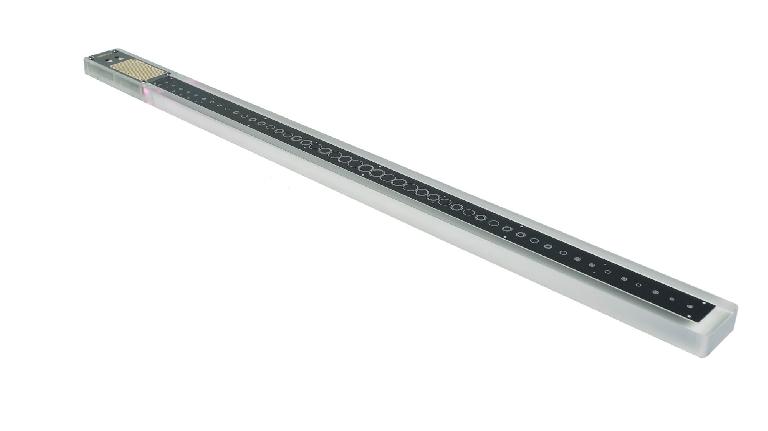 It works as a standalone synth even when not connected to anything other than an audio output. In this mode, four octaves stretch across the main part of the face. You can change the scale settings too, using the downloadable software editor application. Running your finger up and down the notes creates bends, and the tactile pad on the left controls either frequency, LFO or amplitude modulation depending on how you’ve set it up. It too is pressure sensitive so lets you be pretty creative.

The editor app contains most of the settings and makes up for there being no readout on the hardware itself. You can choose oscillator types, the orientation of the notes, modulation sources and more, as well as saving and managing presets that are stored on the hardware. There’s even an FX section, which again can be set to respond to the tactile pad. It’s a bit like playing a Theremin, as the company’s demo video shows. 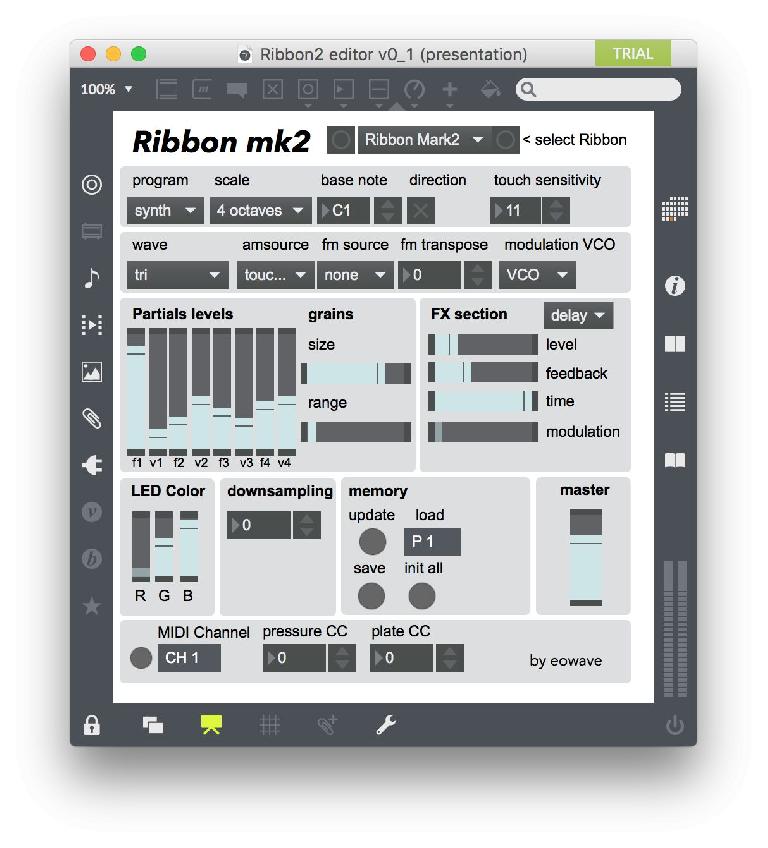 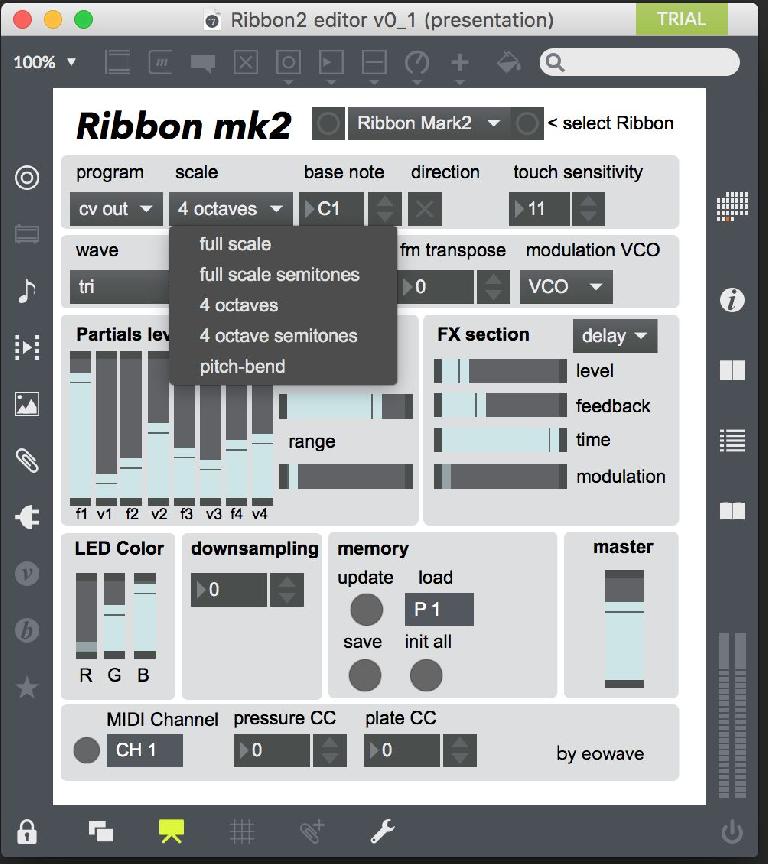 In USB control mode, you’ll probably be controlling the pitch of the notes on your computer or iOS device running a virtual instrument. Using the editor app you can assign things like the tactile pad and the pressure output to specific MIDI parameters for better hands-on control. When switched into CV/gate mode, the audio output sends control voltage to your destination, for example a modular or analogue synth. 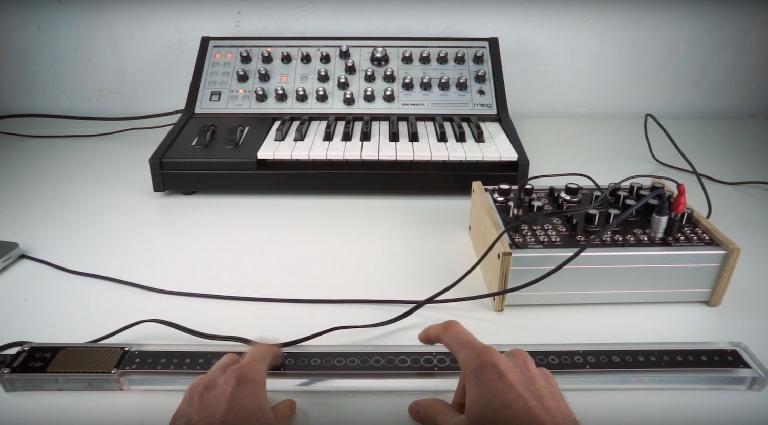 Ribbon is an intriguing piece of kit: even if it was just a controller it’d be pretty cool but the addition of an onboard synth makes it particularly appealing since you don’t need to connect it to a computer—except, of course, to change settings and assignments, but not to play it, at least. Of course it’s aimed more at the kind of people who might be working with monosynths, whether software or hardware-based, and it’s a unique way to interact with your instruments. Nonetheless I can see this form of playing going down well with synth people, and Ribbon is a new and interesting way to interact with your hardware and software synthesizers.

Cons: Probably most appealing to those who have modular gear as well as software synths.