Bring On The Heat

As you probably already know, Elektron has come out with the MKII version of their popular distortion unit, but to call it a simple distortion unit is to downplay its capabilities. The Analog heat is a stereo analog sound processor that makes anything you feed into it sound better. Basically its job is to take a sound signal from a synth, drum machine, sampler or whatever you want to feed into it and enhance its sound by running it through its analog filters. 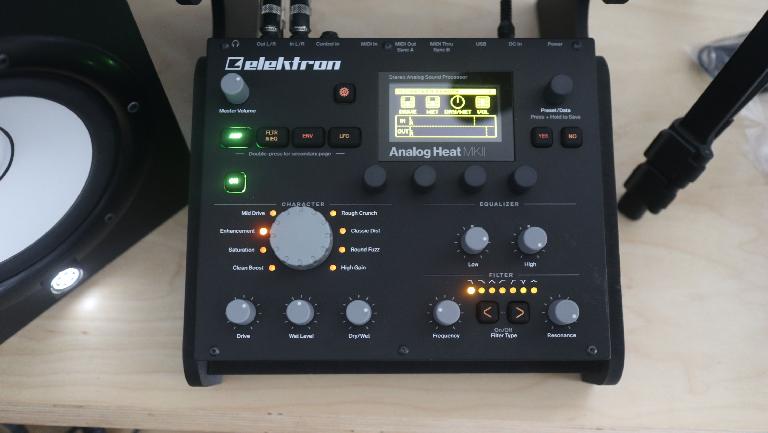 I like to think of Elektron as a company that listens to its users, that is always striving to improve; where they see room for improvement they take action. The same has happened to the Analog Heat. When all the other Elektron boxes (the dark trinity) got a makeover, they didn’t see any reason not to improve the Heat as well. Although the Heat’s internal engine stayed the same, there are a few physical upgrades that one should consider if trying to decide whether they want to purchase the MKI or the MKII. 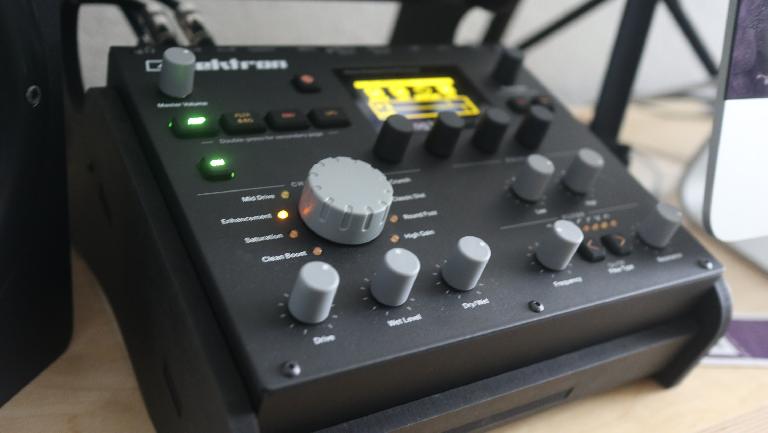 Just like the new gray trinity, the Heat has received a new OLED screen, which is great for performing in clubs and other areas where there is little light. Another thing they took into consideration was the buttons, which have been upgraded to be backlit, which is also helpful in dim environments. This goes to show that Elektron is really thinking of the performing aspects of their machines, they know that the bedroom producer might eventually decide to play live somewhere, and they want to facilitate this experience as much as possible with these performer-oriented upgrades.

One of the biggest upgrades that the new Elektron boxes got was the improved encoders, and this is probably the biggest upgrade to the Analog Heat MKII as well. When you’re coming from the MKI machines you’ve gotten used to the leisurely scrolling and scrolling - yes you could hold the encoder down to speed up the process, so this probably never bothered you. If it’s not broke why fix it, right? NO! Innovation is needed in every corner!

These new encoders are as smooth as butter and they allow you to precisely input parameters to the smallest unit. I will admit I wasn’t a fan of them at first, it felt like they scrolled too fast, since I have used the MKI encoders for so long. After about a day of use there was no going back to those old sluggish encoders. The new encoders speed up workflow tremendously and could be the main reason why someone decides to upgrade if they already have the MKI. With the new additional visual feedback on the Amp, Filter, Envelope, and LFO pages, being able to see exactly how much of something you add to each part really broadens one's knowledge of how the Heat is processing sound and what changes are being made live.

So now that we’ve talked about the upgrades, let’s go a little deeper into the Heat for someone that has no experience with the MKI at all. There’s 8 Characters to choose from, and each character uses the stereo analog circuit differently. To the left are the four characters with the least amount of distortion. Clean Boost has little distortion, and provides just that - a clean boost to any signal being processed without twisting it too much. Saturation gives us a tape-like result, drenching the sound in a good way. Enhancement results in a tube amp-like boost. This is my most used setting, since I know I can leave it on this setting without worrying that my signals will get too distorted. 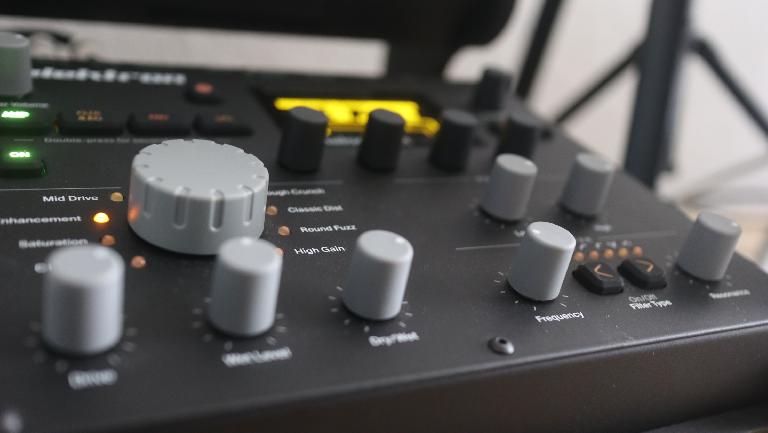 Mid Drive is the introduction of the type of characters that follow, a bit more gritty, but not full on distortion yet. On the right side we have Rough Crunch, Classic Distortion, Round Fuzz and High Gain. All of these utilize the distortion capabilities of the stereo analog circuits to the fullest, and provide the grittiest enhancements of all. If you’re into this type of alteration to existing sound then you will enjoy these characters. I find myself using the left, smoother side more often, since I run my whole mix through the Heat, but if using the Heat on a single instrument like a TT-303 or any type of instrument that sounds good with distortion, the right four characters are very suitable.

What The Future Holds

If you’re a die hard Elektron fan boy or fan girl like myself, then you’ve probably been keeping up with the release of Overbridge. Overbridge is software that provides seamless computer integration with Elektron boxes, the Heat included. This not only means that you will be able to use the Heat as a sound card for your computer, but you will also be able to enhance any sound coming out of your DAW into the Heat! 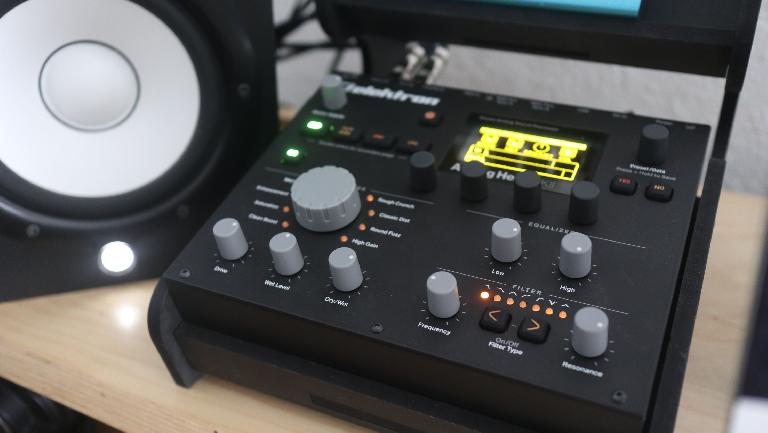 To Heat Or Not To Heat?

That is the question. At the exclusive price of $799, your average bedroom producer fiddling on Korg Volcas and Pocket Operators might find the Analog Heat way too expensive for what it does. If you’re at the higher end of the spectrum and actually make a bit of money of your music, or if you’re a professional in a high paying field that allows you to spend your well-deserved dough on a hobby that you love, then the Heat isn’t a bad choice.

There’s plenty of us that will fall right in the middle of the scale who make sacrifices to be able to obtain high end gear. If you already own all the other Elektron boxes and can’t help but to collect them all, the Heat is a piece you won’t regret adding to your arsenal. Sure, a simple VST might do the trick to obtain somewhat similar results, but it all comes down to workflow and how much you value the personal connection one can obtain with hardware.

Cons: Expensive. Takes a while to get the settings just right.