Language
Want a soundtrack in a box? That's what Gothic Instruments' Hybrid Module for Kontakt aims to be. Hollin Jones puts it through its paces in this review.

I’ve long been a proponent of instruments that are able to create whole atmospheres with the holding of just one or two keys. To be blunt, why spend hours layering parts if you can find an instrument that adds movement and evolution to the sound for you? Absynth has been my go-to instrument for this kind of thing, but it looks like it may now have some competition. Gothic Instruments’ DRONAR takes a different approach but pretty much falls under the same category of “soundtrack in a box”, for my money. Speaking of money, it’s affordable too.

There’s an 8 GB sample library consisting largely of looped textures and drones created by Hollywood trailer sound designer Alessandro Camnasio and also some taken from strings by the Royal London Philharmonic Orchestra. You’ll need the full version of Kontakt (not the free one) and it doesn’t install as a library, meaning you have to drag and drop the .nki files into Kontakt or use its file browser to load patches. There are 300 presets spread over 20 categories but since the emphasis is on sounds changing and evolving over time, these are considered more of a starting point than a definitive list.

Load up a patch and you are presented with the main screen where you do the quick sound editing. The idea is that you press just a couple of MIDI keys and DRONAR adds extra notes and layers for you. You can vary how much of the high, middle and low notes are added using the corresponding dials and also control the intensity of the signal, the amount of movement and the FX level from this screen. It’s really straightforward and the fact that the dials here don’t have especially precise visual feedback doesn’t matter: you judge changes with your ears more than with your eyes. 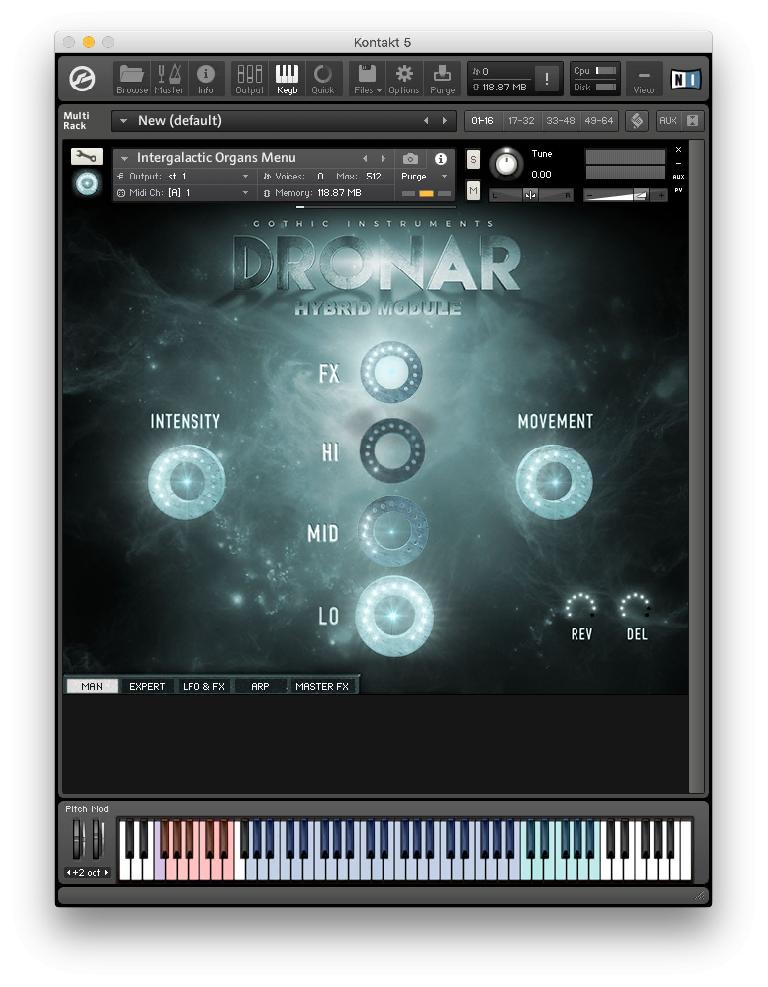 The main screen where you can make quick changes

Click into the Expert screen and you get more fine-grained control. Each of the four modules here uses two samples and you can change their source and the balance of each pair as well as a bunch of other sound shaping controls like a “thick” button to add extra notes for a module. A Randomize button lets you instantly load a fresh set of samples for quick creation of new patches. The LFO and FX screen lets you modify the behavior of the mod wheel, distortion and effects sends and there are master effects to process the whole output. An arpeggiator can be activated for any of the four modules, each with its own settings. 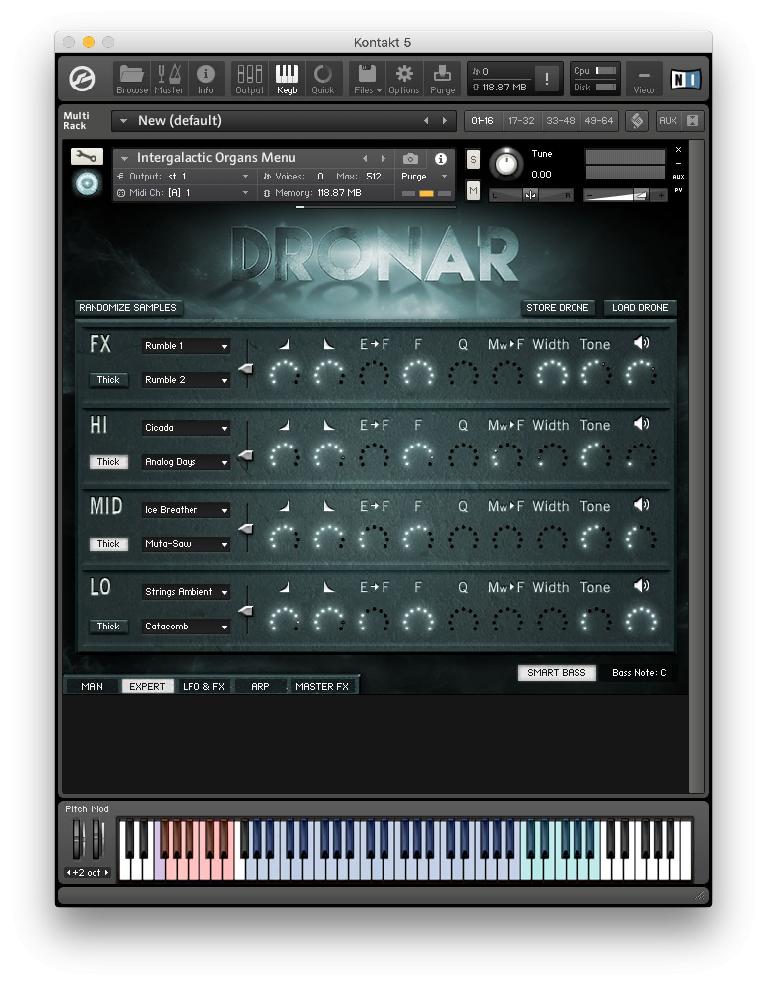 Get more control over the sound generation in the Expert screen 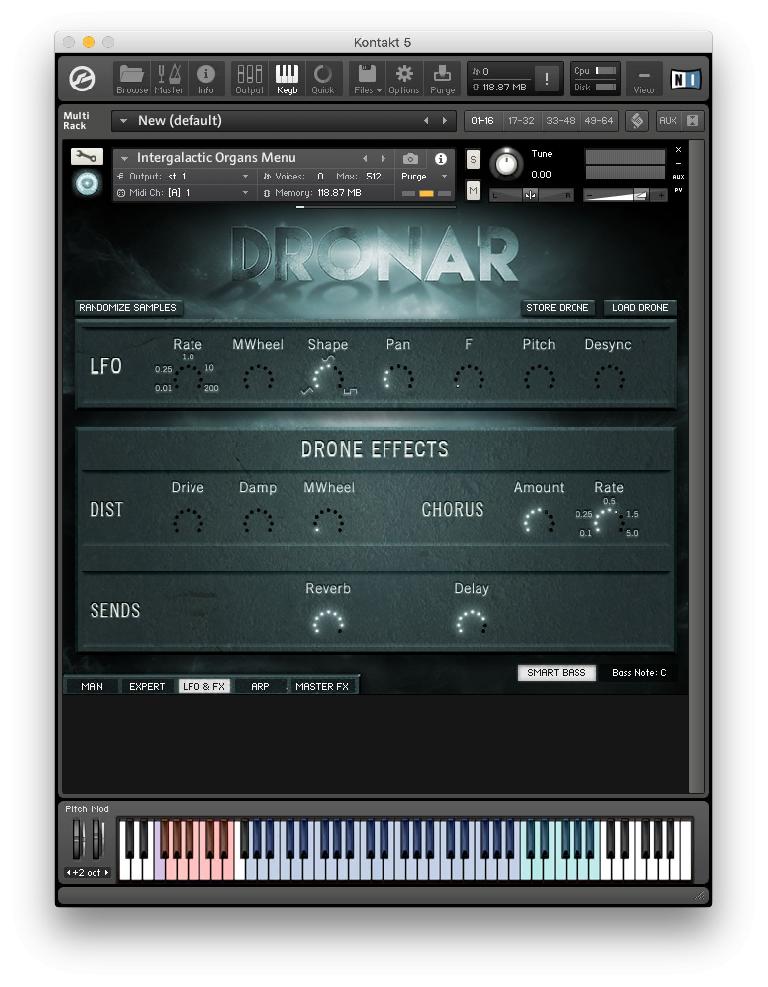 Alter the way the effects behave

DRONAR is excellent for creating a near-infinite range of textured effects that work really well for soundtrack and experimental projects. The main screen is good for instant gratification, offering you the ability to make easy modifications and thicken up the sound. Dive into the other edit pages and you can make more precise edits. It’s relatively niche perhaps in that it’s all about atmospheres, but that’s a type of sound that’s increasingly in demand for modern composition work.

Cons: Doesn’t install as a library. Requires the full version of Kontakt.