Starting a modular synth system can be expensive. What to get, and how far to future-proof yourself? Jade Wii finds out if the Dreadbox Whiteline series balances sound and affordability.

Opening The Gates Of Hell

If you tell your synth buddies that you’re thinking about going modular, the most likely response you’re going to get is “you’re going down the rabbit hole” or “get ready for divorce and bankruptcy”. It’s no secret that modular is a niche not everyone can afford, but if you compare prices of full blown synths like a Prophet or Montage, you could build a decent system for around the same price. But then again, not everyone can afford a full blown synth, so where does that leave the musician that has maybe a $1000 to spend and wants to build a small, capable system? There are a few options out there, the most common being small modules, like the 2HP or Erica Pico System, but with those tiny modules come tiny knobs, and everything can feel crowded, with no space for tweaking.

DreadBox has created a series of modules that are not only affordable but also don’t sacrifice size or function. Thanks to their choice of material, the Whiteline series can be an inexpensive way to get your started with your first modular system. Whiteline modules are made from FR-4 Glass Epoxy instead of the steel or aluminum you would see on other modules. Yes, this does make them a bit more delicate, but as long as you’re not taking a hammer to your Eurorack, it shouldn’t be a problem. 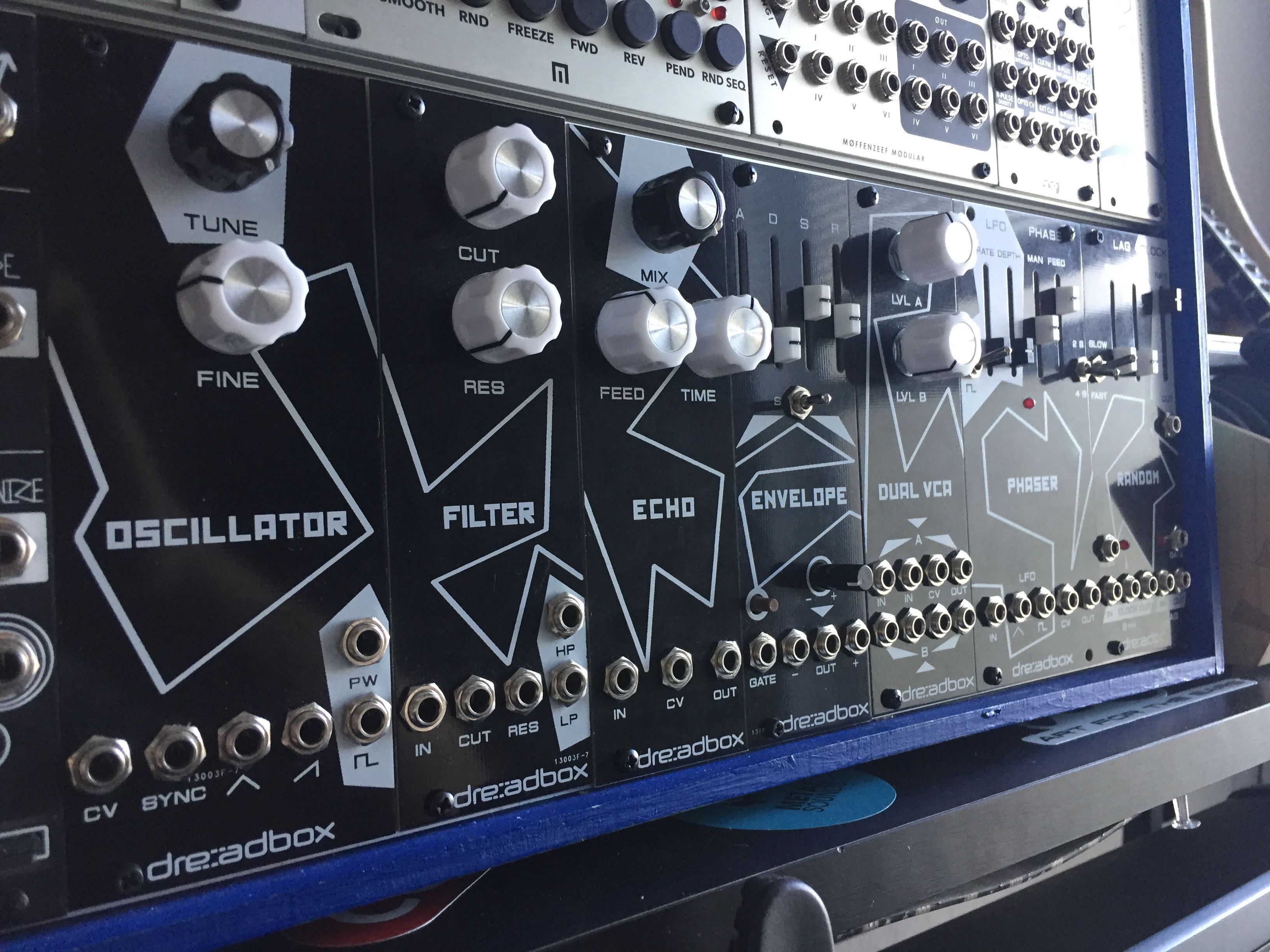 If you’re thinking about starting your first modular system, you probably have ModularGrid.com in your favorites, or may have even made a shortcut on your phone. There's no shame in it, we’ve all been there. Planning your modular is part of the fun but what isn’t fun is seeing the money quickly add up after you’ve gone  from a 3U to a 18U before you knew it. When I was first planning my modular someone told me to get a bigger case than I thought I needed because buying one big case was cheaper than buying a few skiffs later on. Although this can apply to some, if you’re on a budget I suggest getting a case that you can fill without feeling that you need to sell off half of your studio to make up for the money you’ve spent. 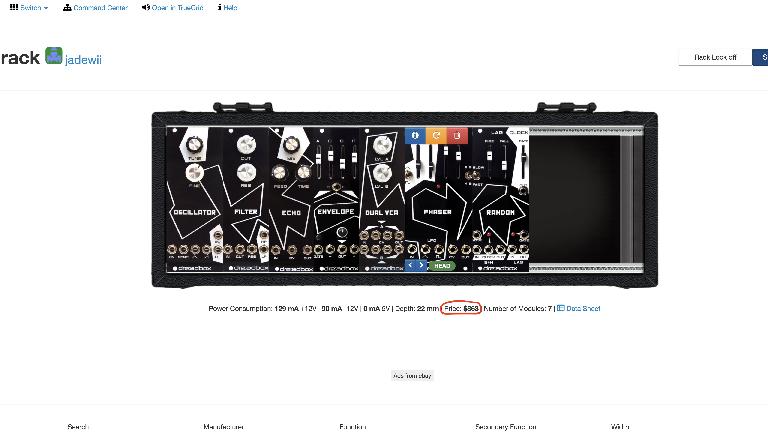 When we think of modular, we normally think of a whole room filled with flashing lights, bleeps and bops. You don’t need a wall of modular to get the modular experience, and you also don’t need to overlap with what you currently have. If you own a bunch of effect pedals, you don’t need to fill your case with effects; if you own a bunch of sequencers, there's no need for too many of them in your case. Figure out what you want your modular to be, pick the size of your case and set your budget; that way, you’re not overwhelmed with the possibilities modular can offer.

The cool thing about the Whiteline series is you can easily fill a 3U 84hp for less than $1000. You can build a basic synth voice and even have money to spare for an effect or two.

So let’s say you want your modular to be a synth voice. Making a synth voice for your first Eurorack is a good idea because it will help you figure out how a synth works, and you can always add other things to that basic voice. Where problems can arise is when you start thinking you need more than one synth voice in your modular, or that you need polyphony. I advise you to remove those thoughts from your head now, because a polyphonic Eurorack is an expensive Eurorack. For your basic synth voice you’re going to need a sound source - in this case, an oscillator. You will also need a filter, an envelope and a VCA. If you decide to stick with my Whiteline module plan, you’re looking at $476 for one modular synth voice with ADSR, which is nuts! Since we decided our budget to be $1000, we can add other things to our modular without compromise. 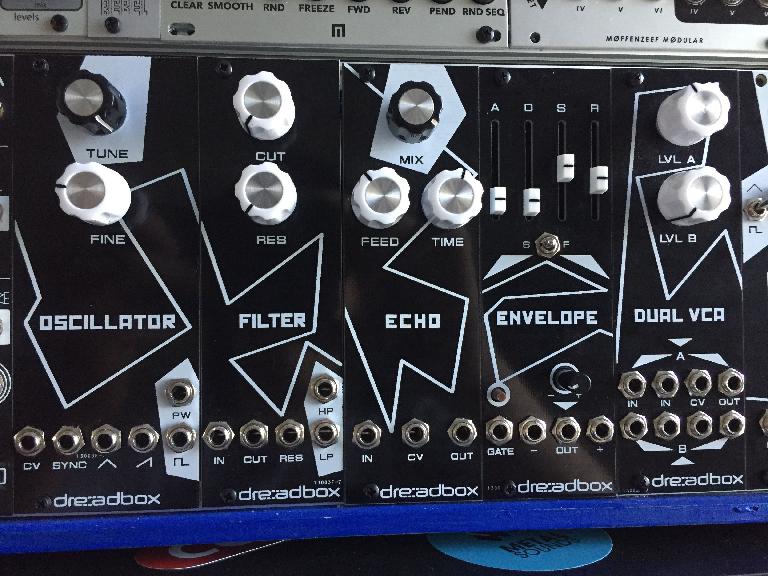 The Whiteline series offers only one oscillator, but that’s ok because it has all the basic waves we need: Triangle, Saw and Square. They also offer a few effect modules like a phaser which also features an LFO, a reverb which is one of their pricier modules coming in at $280, a distortion module, and an echo delay, which is actually one of my favorite delays of all time. The echo delay is a digital delay. Before Echo, I owned a more expensive digital delay which probably cost me three times as much as the echo did. When I first heard the echo, I was blown away and sold the other one shortly after. If you’re in the market for a delay, don’t be fooled by its low price, it's really a gem.  It doesn’t feed back as easily as other digital delays do, and it sounds clean and smooth, especially on digital modules and resonators. My only gripe about the echo delay is I wish the CV input controlled something else besides time, which can result in unwanted pitch changes. 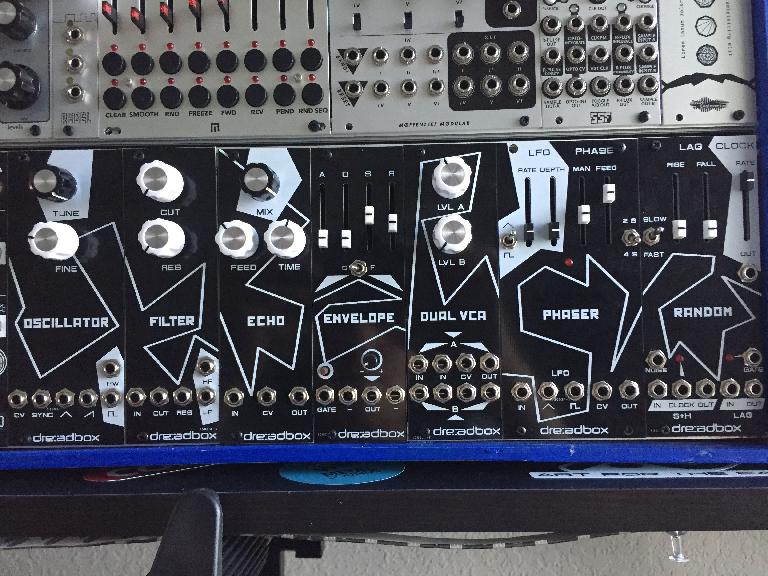 Although with the Whiteline series you can build a synth voice for under $500, you will need to look for a sequencer elsewhere, as Dreadbox Whiteline currently doesn’t offer a sequencing option. Luckily for you, CV sequencers are everywhere, and not just in Eurorack format, so you can easily pick up something like a Korg SQ-1 if you want to save space inside your case. 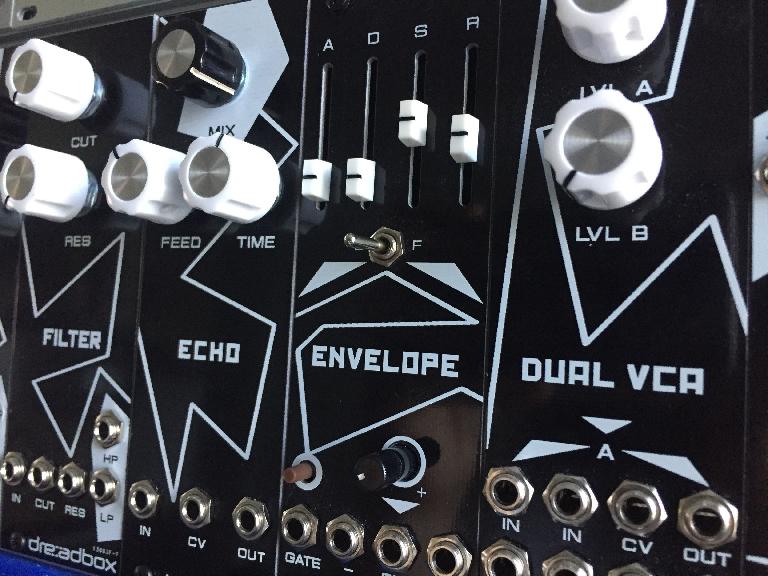 The Dreadbox Whiteline series is an excellent beginning point for any modular system. Not only are their modules affordable, but they really thought about HP conservation with things like their envelope and VCA at only 8HP each. If you’re considering starting a modular synthesizer, this series of modules can help you get started without breaking the bank.

Cons: FR-4 Glass Epoxy is delicate and might not be everyone’s first choice of material.

Learn more about eurorack and modular synthesis with pro courses in the Ask.Audio Academy: https://ask.audio/academy?nleloc=category/audio/topic/eurorackmodular