The latest hardware release from Dreadbox is a 4-voice analog synth monster that is much more than a regular polyphonic instrument. Jade Wii finds out what's lurking inside.

Ah, that blue. There’s something about a beautiful synthesizer that makes it hard for you to take your hands off it. DreadBox Abyss is a four voice analog synthesizer that features one VCO and one sub oscillator per voice. Each voice has one LFO independent from each other that can be controlled by various parameters. Each voice is a Murmux voice and the filter is also a 24dB Murmux Filter. It has four modes: Unison, Polyphony, Chords, and some form of Multitimbrality.

The Dreadbox Abyss isn’t your regular polyphonic synthesizer: its Hybrid Delay Circuit (the same one that’s on the Erebus) and individual Wave Shaping Modulation leaves a sense of space, making you feel like you’ve literally fallen into an abyss. The Filter, Reflector, Phaser and Delay are all controlled by two Analog LFOs. 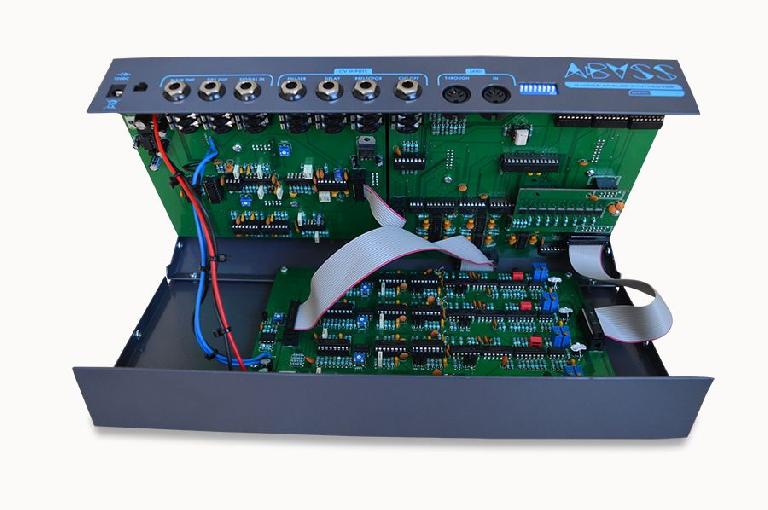 When I first opened the box and picked up the Abyss, I immediately knew I was holding a well built instrument. Even the sides are made of metal, which isn’t seen very often. It sits on a tilted position, pretty much with its own built-in stand. The Faders feel nice and firm and it has the perfect ratio of knob sizes varying from large ‘twiddle me’ knobs to small ‘precise increment’ knobs. Its White Noise generator arrives really smoothly and the faders really complement all the changes in tone and timbre you can get from the Murmux Filter. The Abyss is very well labeled and each section placement was well thought out making a bold statement, screaming polyphony. 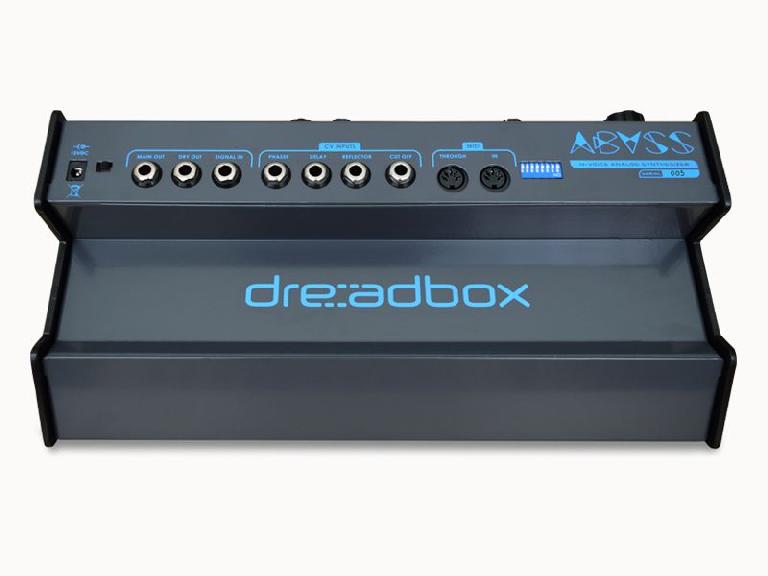 On the back of the Abyss we have full size Main Out, Dry Out, and Signal In. We also have CV Inputs for Phaser, Delay, Reflector and Cutoff. It doesn’t have any MIDI over USB, but it has 5 DIN MIDI-IN and THRU (1-8). It’s strange not seeing a bunch of Modular inputs on the Abyss like we do with every other Dreadbox Synth. This is definitely not a Semi-Modular Synth, but a Polyphonic Murmux. 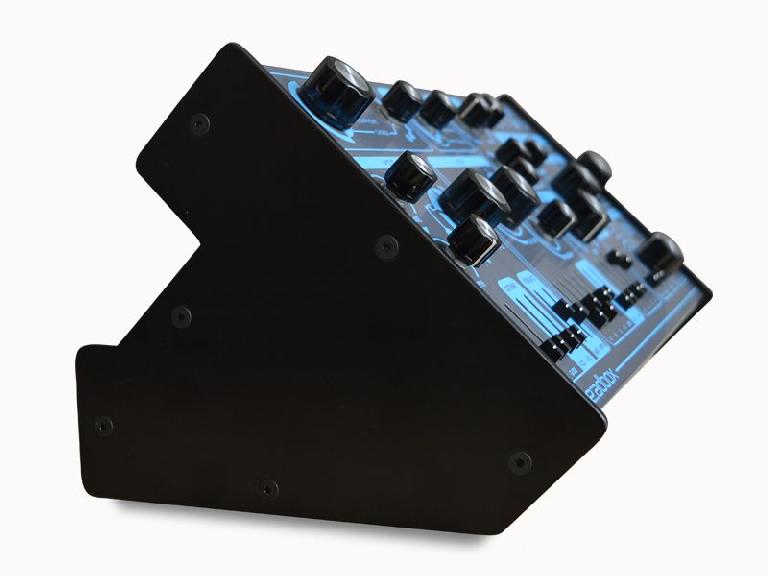 Being as this is their first polyphonic synthesizer we have some new functions including Polyphonic Glide, 4 LFOs per voice to control Vibrato, Variable Speed, Delay and Depth. We also have a 4-stage Analog Phase Shifter, 2 Analog LFOs with 4 waves each controlling several functions, plus 4 Modulation Wheel Choices.

At first glance you wouldn’t think this synth is anything out of the ordinary, it might even take you some time to find its sweet spot. Apart from being well labelled, it’s a bit hard to wrap your head around its sound. Like I said, it’s not your regular polyphonic synth. I find it would be perfect for someone making profound ambient music or a trippy film score. The Abyss gives you a sense of landscapes, but not regular landscapes, more like taking a walk through an underworld where you will at some point walk over an edge and fall into a chasm of no return, forever falling into an Abyss.