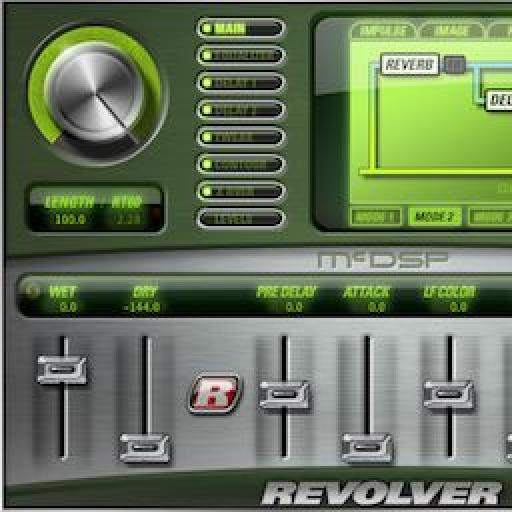 Language
Most DAWs come with their very own convolution reverb plug-in these days. So, what makes McDSP's Revolver different? David Earl puts Revolver through its paces and discovers wonderful spaces.

In continuing with McDSP's let's-put-everything-in-a-single-plugin tradition, we are given Revolver, McDSP's take on a convolution reverb plugin. 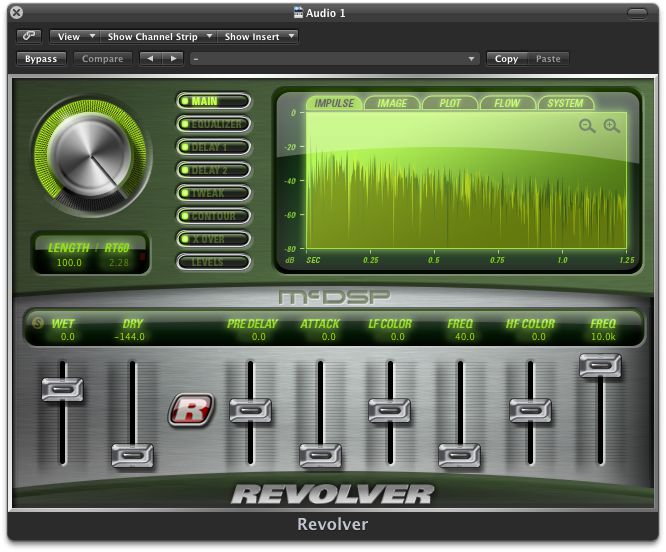 What's the Big Deal with Convolution?

In case you've ever wondered how convolution works, here's a very simple explanation.

Delay-based reverbs are created by using complex algorithms to approximate an ideal acoustic space. These algorithms are programmed by human beings that are very good at math. Convolution reverbs are quite different. With convolution reverb, the acoustic reverberant qualities of a space are actually recorded, and a computer analyzes the recording and determines how to create a reverb to approximate that space.

Recordings of spaces are called 'impulse responses'. Essentially, an engineer walks into a room, sets up some microphones, and creates a short burst of audio... usually white noise or something like a starter gun... and the resulting audio file is what feeds a convolution reverb.

Convolution reverb has only been available as a real-time plugin for about 10 years. This is because of the CPU strain that results from the calculations required.

Convolution reverbs are all over the place now. Waves has one, Logic has one, Altiverb is still around and kicking... What makes Revolver different?

Well, first off - we are talking about McDSP. McDSP, in my humble opinion, has some fantastically musical sounding plugins. It was no surprise to me that when I popped Revolver on an auxiliary I noticed marked differences between Revolver and my faithful Space Designer. The plugin sounds smooth and transparent. This is to be expected, though.

Revolver also includes two delays, which I really get a kick out of. When applying Revolver to a female lead vocal, I was able to quickly dial in a nice, tempo-synced delay. 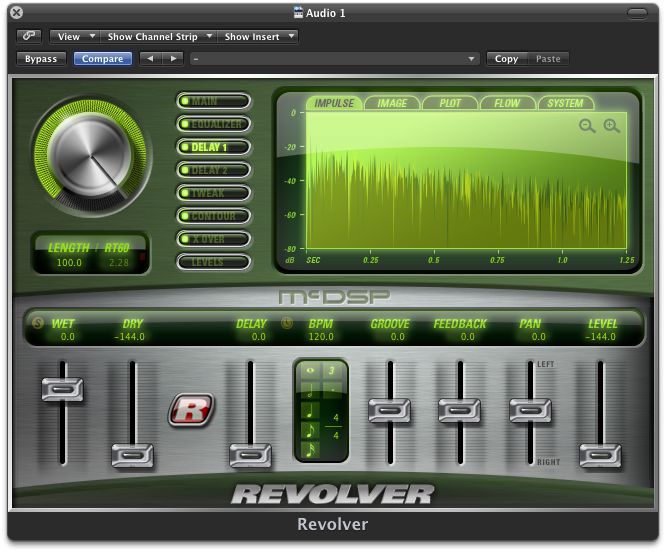 Revolver has some very clever system controls that allow an engineer to make Revolver - which is already surprisingly light on the CPU - even lighter. Latency can be adjusted within the plugin to give it a greater processing buffer, and the reverb tail can be truncated when the audio energy reaches a certain volume threshold. This is very clever, and allows for more instances of Revolver if needed.

Revolver also has an internal signal flow routing that allows for 5 different routing possibilities through Revolver's EQ and delay areas. 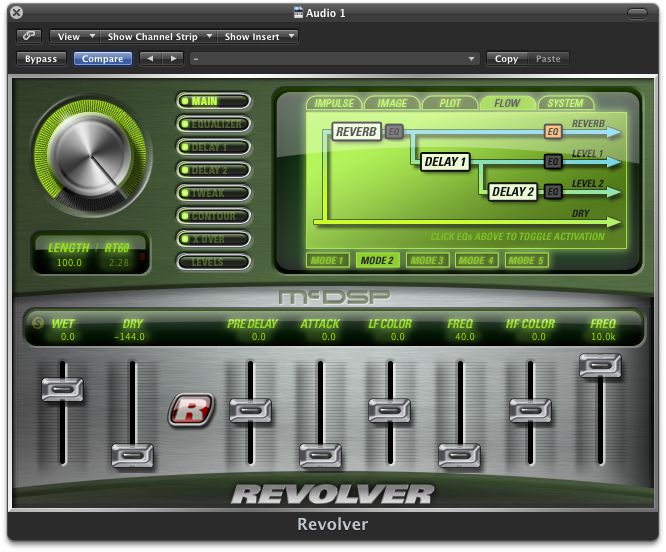 When it comes to what Revolver does with the impulse response, it has some cool features under the appropriately titled 'tweak' mode. A stereo impulse can be tweaked so that the left and right side have different delay and damping. The balance of the left to right signal can also be altered. 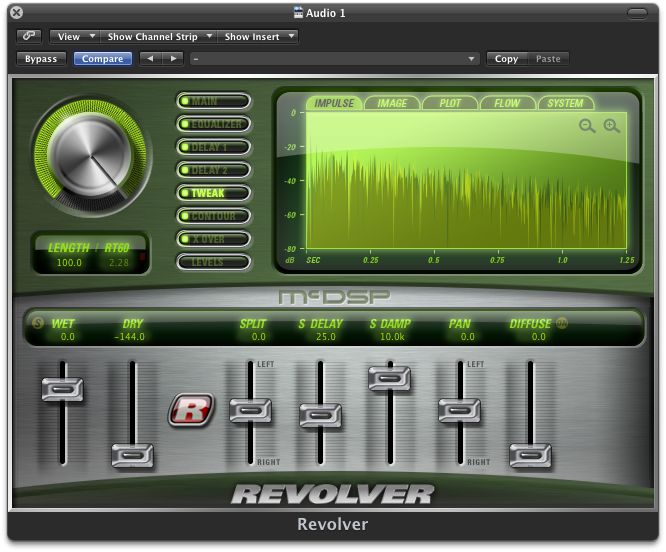 I particularly like being able to add diffusion to an impulse response. Making the reverb more diffuse is like taking an oil painting and converting it to a watercolor. In the sound world, the reverb will become less defined, with individual reflection getting smeared into the overall reverb. 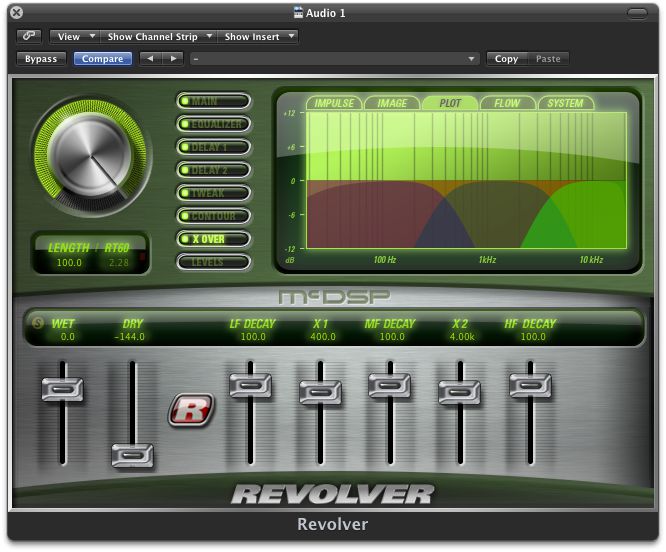 McDSP has always had good math when it comes to equalization and crossovers. My experience with the filters built into Revolver is that they are characteristically top-notch. I always love how McDSP plugins can be both transparent and musical at the same time. I use the word 'musical' because I don't want to say 'warm'. I'm biting my tongue, really. I could be wrong, but an impulse response I just listened to in IR1, Space Designer, and Revolver tell me that Revolver seems to just make life a little bit smoother when it's around.

Check it out if you get the chance. I think you'll like it.