MOTU's Digital Performer 10 brings a slew of much-requested upgrades plus some brand new features that Matt Vanacoro has been waiting for. So how does it... perform?

Mark of the Unicorn dropped a fairly large bombshell of features in the latest update to their flasgship DAW, Digital Performer. With version 10, a whole new gallery of instruments, effects, and ways of recording music have been implemented to launch DP10 into the modern age of production. I was eager to see how these changes had been implemented, but I integrated Digital Performer 10 into my workflow for a solid few weeks before I started writing about it. Here’s what’s new, and how it works.

One of the biggest ‘tentpole features’ that Digital Performer 10 brings to the table is one that I’ve been anxiously awaiting for some time: an instruments soundbank. Now DP has included some really great synths with versions past, I’ve always been a big fan of MX4, but with the MOTU Instruments Soundbank you now have access to a whole slew of sampled sounds. Everything from acoustic pianos to strings is now included with DP10. I had long advocated for MachFive 3 (MOTU’s awesome sampler instrument) to be included as a ‘bundle’ with Digital Performer, but this is even better. 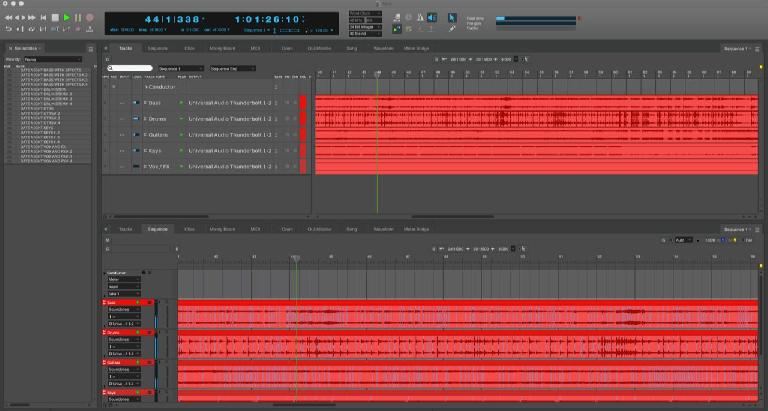 When you buy DP10, you get a large variety containing hundreds of instruments all expertly sampled that run in the free UVI workstation format. The instruments themselves have minimalist controls, and utilize a ridiculously low footprint of CPU power to run. It’s exactly what you need to compliment the wonderful factory synths that already ship with DP. You’re still going to want to augment your library with some great dedicated virtual instruments, but DP finally has a ‘factory library’ included that will ‘fill all the holes’ and give you quick access to sounds when you don’t want to dig into your personal massive collection.

Master Of Time And Space

The ‘Stretch Edit’ layer that has been implemented in DP10 is, quite possibly, my favorite use of time/pitch stretching in a DAW. I’ve always found the Pro Tools method to be a bit time consuming (except for you DAW ninjas out there, you know who you are!) and I’ll be honest - I frequently get frustrated with Logic Pro’s “user friendly to an absurd degree” variant. The Stretch Edit layer in DP feels very much like a ‘happy medium’ between the two. You have complete control of audio either conforming or not conforming when you drop it into an audio track, and you can enable/disable the functionality with 2 quick clicks. It’s easy to use, it’s easy to find, and it’s easy to verify whether it’s on or not at a quick glance. Oh, and did I mention it sounds fantastic? I was definitely able to push the audio more than 20bpm without hearing a slew of unwanted ‘zipper’ effects. 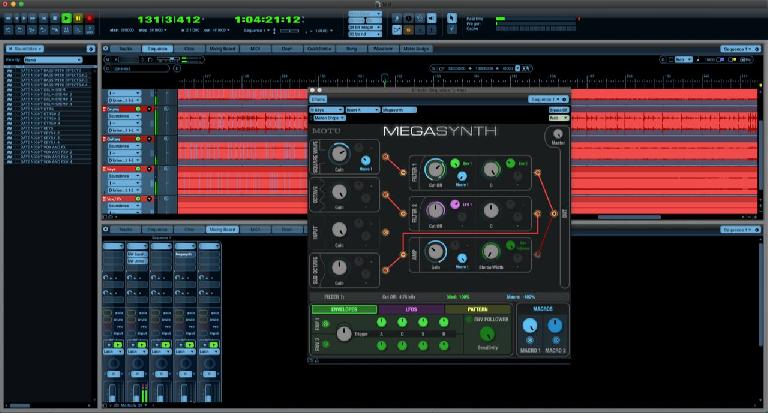 The new Beat Detection engine works hand in hand with the Stretch Track function, and those of you that wind up wanting to click out live audio are going to love it. I frequently have to make a live track match the beat grid by creating a tempo map. DP has always been my best solution for this, and it just got even easier. Score one for those of us who work with live audio!

The clips window is probably the most ‘revolutionary’ change to Digital Performer. Much like GarageBand for iOS, Digital Performer is the next DAW to integrate an ‘Ableton Live-Like’ interface for creating, performing, remixing, and arranging music. There are most definitely a bunch of improvements to the ‘genre’ (Have DAWs evolved so much that they can fall into ‘genres’ now? I think they have!) that are evident.

The ‘Queue’ window at the bottom is absolute genius. Now, when you play a clip it gets added to a visible ‘queue’ at the bottom of the window. This allows you to visibly verify what clips are playing next, and gives you even more ‘live control’ over the audio playback. Digital Performer was already a backing track/production powerhouse but now I think its reach will go even further. The clips window takes some of the more advanced features of clip-based music production and makes them a whole lot more accessible. I liked this feature a whole lot more than I thought I would.

There are a boatload of smaller enhancements that will absolutely make longtime users grin from ear to ear. The waveform editor now toggles between views with astonishing speed and simplicity - giving you access to precise audio edits one moment, and pitch correction the next. VST3 support has been added for those of you who have the cutting edge plugin libraries (extremely important for Windows users). The user interface continues to allow for deep customization (DP is probably the most ‘skinnable’ DAW out there) by offering scaling. Searching for commands also got a whole lot easier with an integrated window that will run the command as soon as you find it (a HUGE pet peeve of mine, finally overcome! I absolutely go bonkers when I can’t smoothly bring the mouse over from the ‘help’ menu to where the command actually resides in other apps). 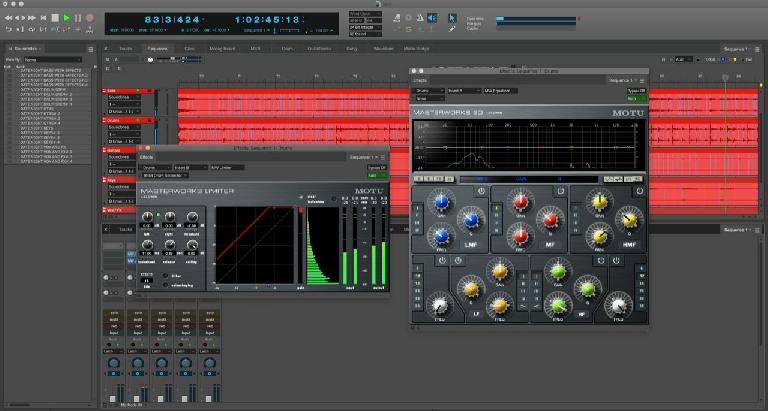 MIDI notes now display pitch data and have a velocity color intensity that indicates their volume. Finally, controller data also gets quantized as well as notes (great news for those of you that ‘program in’ wah pedal state).

All of these new features are great, but the most important thing is how DP10 feels to use. I can sum it up in three words: ‘Snappy as hell’. In 3 weeks of using DP10 for a variety of projects and really pushing it to the limit, I can report back that it didn’t crash once. It didn’t even stutter. You can work in astonishing speed in this app and never feel like it is on the edge of crashing. The ‘create tracks’ function is still the best in the business, and you can create a gaggle of tracks at once with all different virtual instruments and they load up in an instant. Digital Performer 10 is the rare upgrade that adds a boatload of new features but also rock-solid raw speed as well. I’m thoroughly impressed, and I can’t wait to see what’s next for DP (I hear 10.1 is just around the corner!)

Pros: Large yet efficient included instrument library, awesome implementation of time/pitch stretching, great UI and MIDI editing upgrades, snappy and solid performance, clip-based launcher brings some new features to the entire genre of live-audio apps. The list of ‘little upgrades’ is long and really speeds up your workflow in incredible leaps and bounds.