Language
In recent years cymatics has been used to make geometric patterns created by vibrations, and often, sound vibrations. The new app, CymaScope makes this more accessible to the masses than ever before.

Last year I wrote an article introducing Cymatics, the study and practice of making the geometry of sound visible using a variety of techniques and instruments. Now, the developers and creatives at CymaScope have released their Cymascope App for iPad and iPhone. The Music Made Visible App is a breakthrough in providing an accessible tool showcasing this technology for use in a variety of applications. The original Cymascope is a scientific instrument that makes sound and music visible by imprinting the vibrations of sound or music onto the surface of pure water. This has the effect of transcribing sonic periodicities to water wavelet periodicities, therefore making the sound visible (John Reid).  The Cymascope instruments are not widely produced or practical to have in musical or therapeutic situations, so the team at CymaScope put this App together to make Cymatics widely accessible to the masses for the first time. 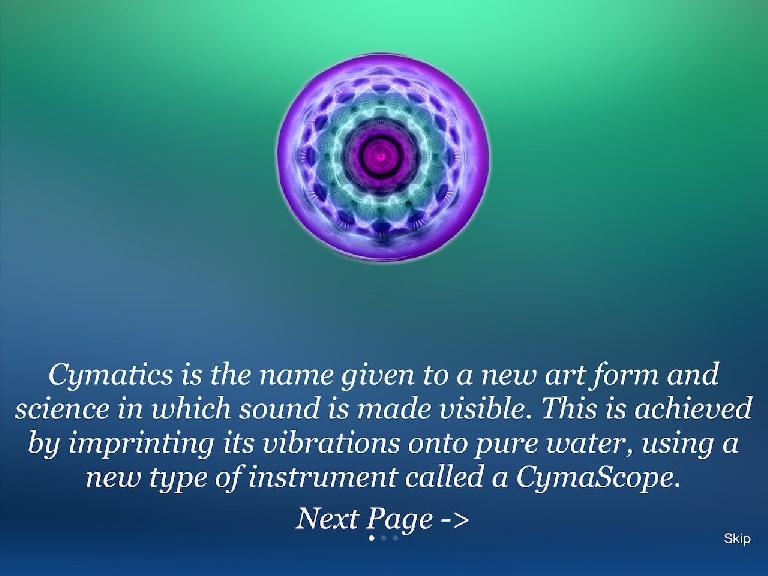 Figure 1 - What is Cymatics? Explained in the App.

The first edition of the App contains 40 piano notes ranging from A0–C4. As you can see in the screenshot below, playing any key around the circle will trigger the Cymatic image recording for that note in the center of the circle. The dynamic image is not a digital rendering, but an actual recording from the CymaScope, captured and stored in the App. It is fascinating to watch the progression of each note as it is attacked and starts to fade. There is a definite shape for each note but it also morphs and shifts between patterns as the note progresses and fades. Just one piano note reveals all the overtones and harmonics present in the vibration, revealing the complexity of sound in a whole new way. There is a minute long video featuring Daniel Levy’s performance of "Clair de Lune" showing how music can be made visible in the context of this App. It’s a lovely rendering of pitch, color and visual geometry signaling developments to come. 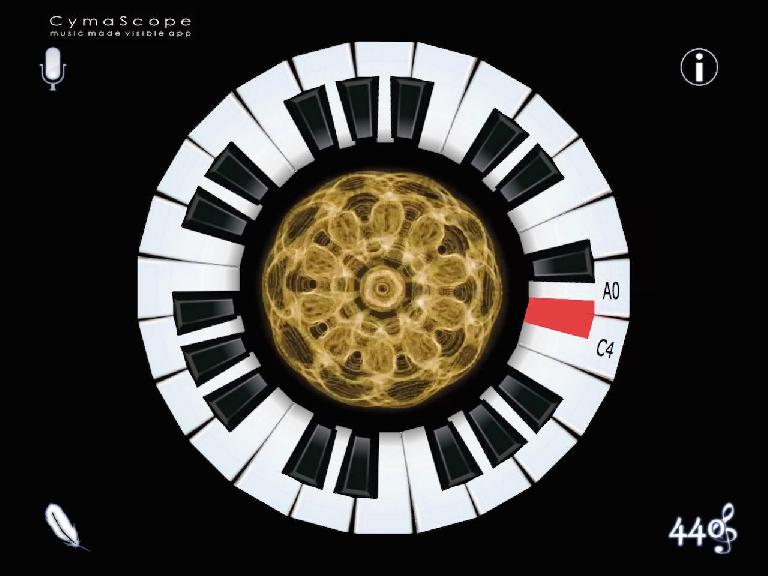 The App has the ability to capture sung pitches and melodies to trigger the Cymatic renderings. When you sing a pitch, the image shows up on the screen and morphs from note to note. In the screenshot below, you can see the App detects the pitch and shows the corresponding movable image. If you sing an octave higher, it will show actual pitch and displayed note, since the samples currently range from A0 – C4. You can take a picture of the image while singing a note to study the shapes more carefully, enjoy the complexity of what sound looks like or send to a friend. Future updates will include all 88 keys of the piano as well as the ability to record your melodies and play them back made visible. 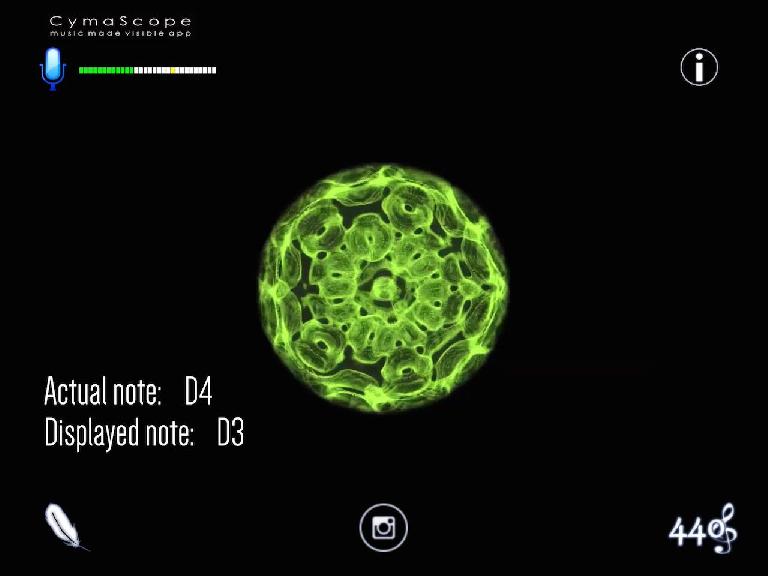 Figure 3 – Singing into the CymaScope App.

John Stuart Reid and his team have included three different tunings to choose from including the current standard equal tempered tuning, A = 440 Hz, the much debated 432 Hz tuning and the less known 444 Hz Tuning. The 440 Hz Cymatic samples are rendered in color around the circle while the other tunings are in black and white. Both versions show the morphing geometric shapes beautifully. Reid also provides a sample of a well-researched article inside the App called ‘The Curious Concert Pitch Conflict.’ The article is a fascinating read comparing/contrasting various standard tunings throughout music history going all the way back to the first instruments discovered during the Stone Age. Proponents of the 432 Hz tuning argue that it is closest to the relationship of naturally occurring shapes and sounds in nature, containing a 3:2 ratio relationship, with the discovery first credited to Pythagoras around 500 BCE. His article reveals that this argument, explained in greater scientific and historic detail in his article, is much more complicated than at first glance, especially when tuning to concert pitch. The first half of the article is in the App with the second half available for purchase on the CymaScope website for $2.99. I think any musician and sound healing practitioner would benefit from reading this informative article, especially people who are playing with different tunings in their work with the intention to shift consciousness through sound and music. 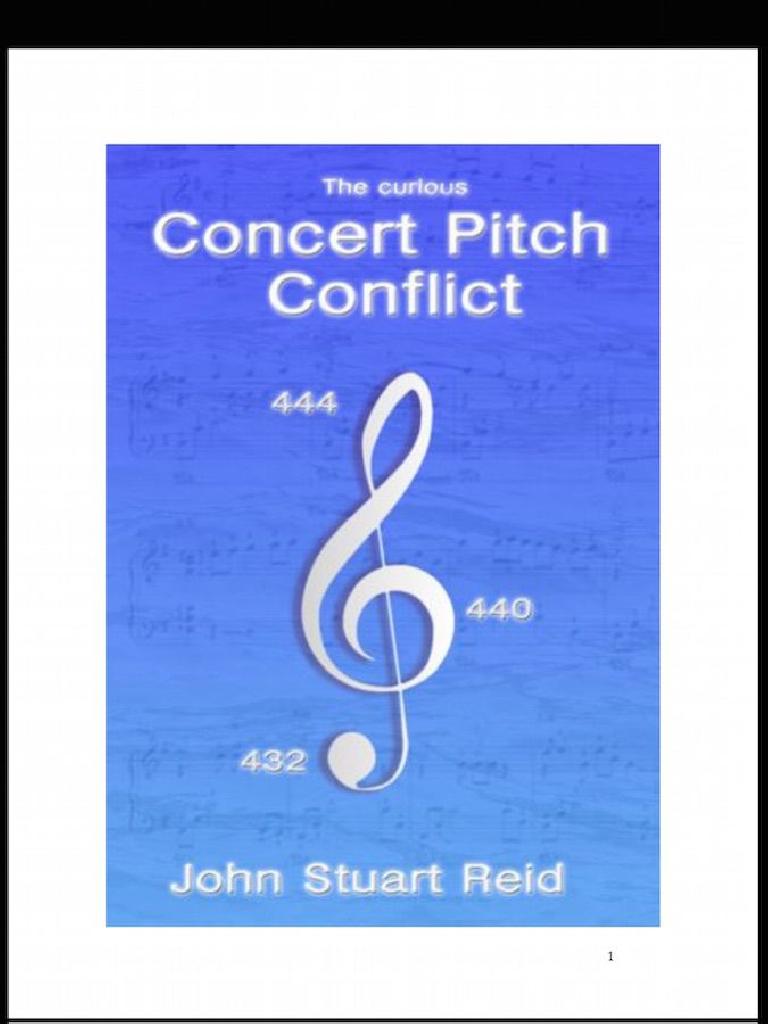 Reid hopes his App will be used in the context of live performance, since an iPad can easily be connected to a video projector or bigger computer screed via an Apple Lightening connector. This would be more for entertainment purposes, but I can see this being an educational way to inform the public about Cymatics as an important developing art form based on scientific principles. This would work well in during concerts or in the classroom. 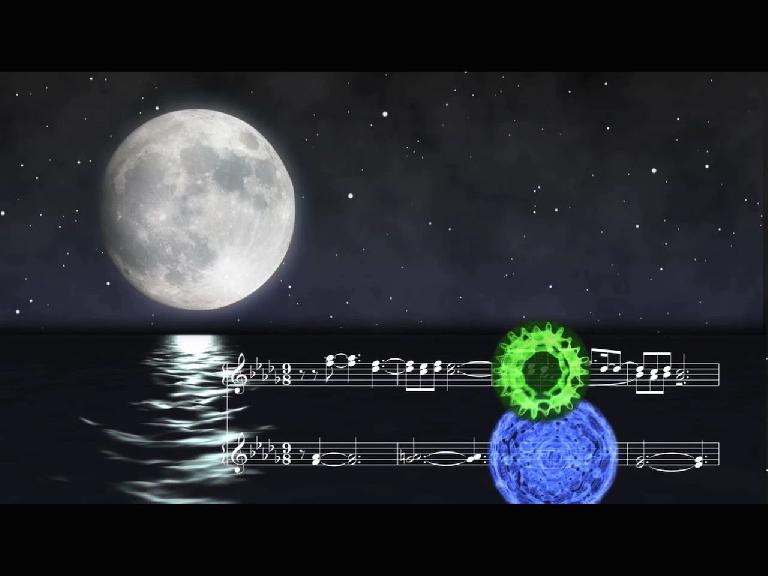 The other way John Reid sees this tool being used is in therapeutic situations, especially in developmentally challenged or hearing impaired children. Pilot studies are underway with colleagues who work with children on the autistic spectrum, who are hearing impaired or profoundly deaf or have cerebral palsy. He believes the ease and accessibility of the touch screen environment will be beneficial in music therapy sessions, allowing children to explore sound with their voice or by touching a piano note and receiving instant visual feedback. Screenshots can also be captured via the camera and printed out in black and white, becoming a tool for art therapy. I’ve been into coloring mandalas this past year as a way to relax and meditate so I highly encourage this type of therapeutic direction. I look forward to hearing more about his findings in the coming year.

A Wealth of Information for Future Study

CymaScope’s Music Made Visible App for iOS is a wonderful introduction to the world of Cymatics. There is no doubt the popularity of this new scientific art form will increase as more people learn about it. There will be videos in the future showing different ways to use the App, which will be helpful for new users of this technology. People who purchase the App now for $9.99 will receive a free upgrade to version 2 when it’s released. I highly suggest not only purchasing this unique App, but also exploring the website Cymascope.com. There is a wealth of research as well as resources describing how Cymatics integrates into other scientific fields of study including physics, biology, musicology, geometry, zoology and more.

Adrian Patton
This is a good app. What really make iOS device unique from other is the large number of apps on the iTunes store, just waiting to be downloaded. In this article, you have reviewed an app, which can make sound and music visible by printing the sound or musicâ€™s vibration on the top of pure waterâ€™s surface. This is simply exceptional, however, there are array of apps alike on iTunes store, one must also see Shimmeo https://itunes.apple.com/us/app/shimmeo-music-video-creator/id974747911?mt=8 too. This app gives you a flexibility to create your own video on your favorite music, by synchronizing your lip movement with every word of song. It's fun and exciting, try it too.