Language
Steinberg's iPad DAW Cubasis had a major shot in the arm to bring it up to version 2. Deeper than GarageBand and more accessible than Auria, does Cubasis 2 make the iPad a serious production platform?

Way back in the mists of time, Cubasis was a PC application that was an entry-level, cut-down version of Cubase. Steinberg resurrected the name a couple of years ago for a completely new app built for the iPad. Technologically, it was light years ahead of the software from which it inherited its name, bringing Steinberg’s famed ease of use to a surprisingly powerful mobile DAW.

Version 2 of Cubasis continues this development to build on the impressive work already done in translating Cubase’s core features to the iPad platform. It really is like a mini version of Cubase, distilling the essential features down into a touch-enabled environment that comes closer than anything I’ve used to feeling like a really serious DAW for iOS, yet one that doesn’t have a prohibitive learning curve. 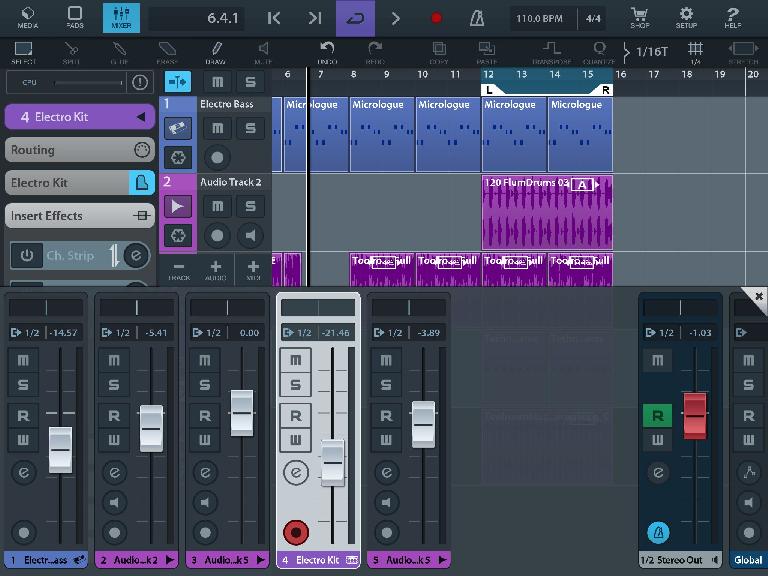 It’s definitely recognisable as a member of the Cubase family.

Ideally you’ll want a recent iPad to run bigger projects, though the app is apparently compatible with any iPad that can run iOS 8.3 or higher. It weighs in at just over 1 GB, half of which is made up of loops and instruments. You get Micro Sonic, Micrologue and MiniSampler, each with a healthy selection of instrument presets as well as a bunch of MIDI loops. Audio Units and Inter-App Audio are also supported and work really well, meaning you can expand the selection of instruments and effects available to you without any problems. Audio tracking is fully supported as is multichannel output, where your interface allows it. The new Channel Strip module, just one of the bundled processors.

In terms of effects, there’s a new Channel Strip module for every channel with filter, noise gate, compressor and saturator. Like other internal modules and features in Cubasis this can be automated using a clever and well-designed automation editor that’s much more powerful than you might expect to find on an iPad. There’s a decent selection of bundled effects plus the ability to unlock extra effect packs, and AUs and IAA are supported here too.

Recording MIDI using the clever built-in keyboard or pads is a breeze and there are easily customizable chord tools like you get in the desktop app. Quantization and transposition are available plus there’s now an auto quantize during record option. Audio loops can be manually or automatically time stretched without changing pitch using the zplane Elastique 3 system, which in practice works fantastically well and means loops and timing are a breeze to get right. 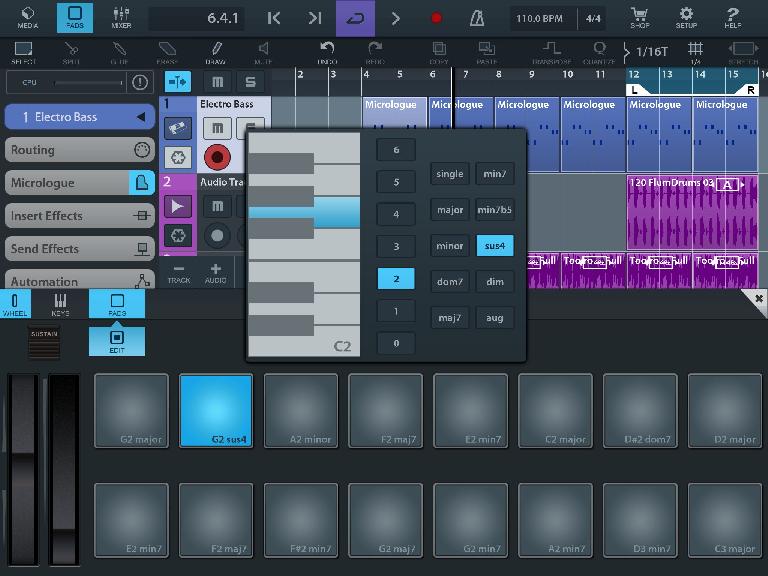 The keyboard and pad interfaces let you customise chords easily.

The interface makes excellent use of the iPad’s screen real estate with tools and features cleverly laid out and not too much reliance on menus or swiping. Pinch to zoom is everywhere of course, and you can have as many tracks as your iPad can physically run. Track freeze is even available to lighten the load. You can import from and export to various locations including iCloud, iTunes or Dropbox and stem and MIDI export are available in addition to regular mixdown. There’s actually tons more to the app so do check out the site to find out more. 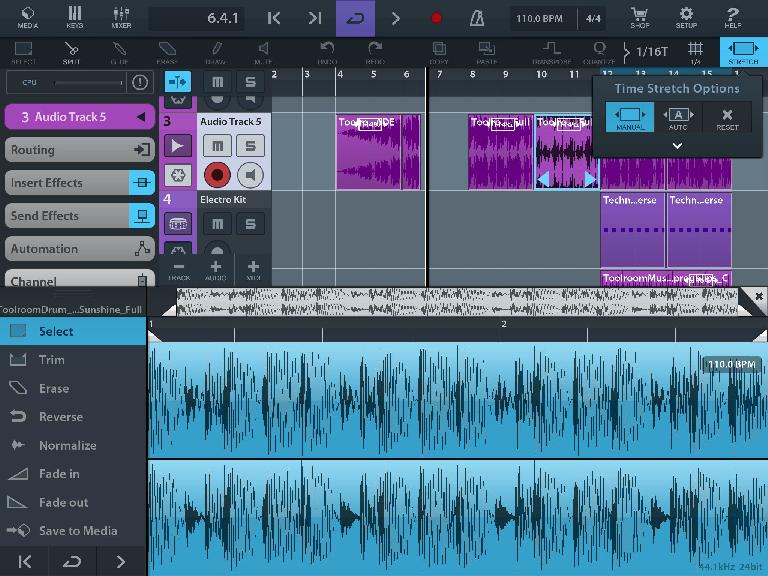 Cubasis 2 is a free update for owners of version 1, which is pretty generous. As a new purchase, it’s £40 / $50USD and while this might initially sound a lot for an iPad app, be sure that this is no ordinary iPad app. It’s much more in-depth than something like GarageBand, and much more user friendly than something like Auria. Add an audio or MIDI device to really unlock its potential and what you have in Cubasis is a serious proposition for music production on iPad, without the compromises you might once have thought that would involve.

Pros: Beautifully designed to take advantage of the iPad platform. Unlimited audio and MIDI tracks. Great bundled content. Powerful and useful effects. Advanced automation capability. Expandable via AU and IAA. Fun and friendly to use. All the core tools you need for working with audio and MIDI and arranging songs.

Cons: Given the purchase price, bundling all the effects in might have been nice.