Language
Steinberg's Cubasis is one top DAWs for iPad, so we checked out version 1.9.8 which now supports Audio Units, 24 in/outs, unlimited audio and MIDI tracks, new instruments, effects and even automation.

Cubasis is Steinberg’s iPad take on Cubase and was amongst the first such apps to bring a level of functionality to the mobile devices that users would normally only get from desktop software. Steinberg has been busy since its release, frequently updating it with new features. 1.9.8 is the latest version and brings some cool new stuff but before we get to that, a brief recap for the uninitiated.

Cubasis is surprisingly fully featured for a mobile DAW. So much so that we don’t have space to list the specs, which you can find here. but among the most impressive are unlimited audio and MIDI tracks (as far as your iPad can power them, faster is always better), 24 physical ins and outs, instruments, effects and automation. It’s beautifully put together, distilling the elegance of Cubase’s interface into the iPad’s form factor. Steinberg has always done interfaces extremely well in my opinion, and this is no exception. 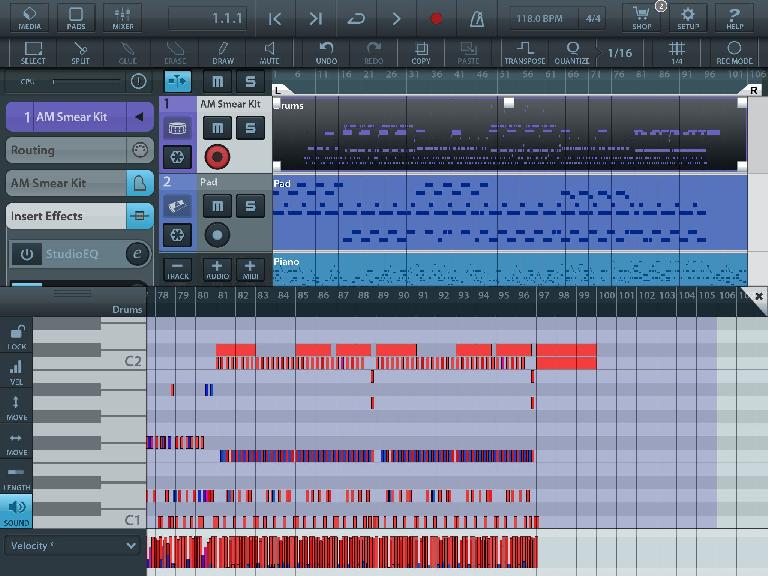 The new additions are, of course, free to anyone who has bought Cubasis at any point. You can re-download it and get the latest version. If you do, you’ll start off with MIDI over Bluetooth LE for connecting keyboards wirelessly. It’s also compatible with Yamaha’s latest wireless MIDI adaptors. Any cable you can leave out of a music setup is welcome so this is good news. 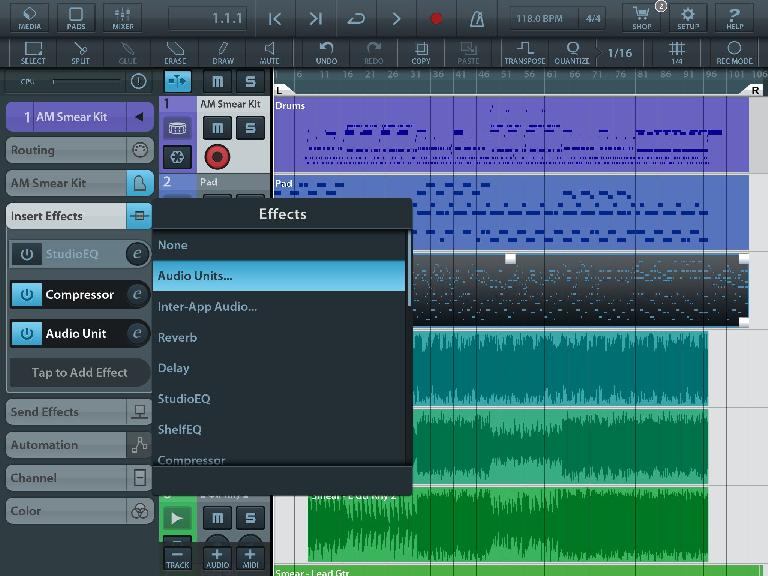 Apple brought Audio Unit support in iOS 9 and Cubasis can now take advantage of this, with an Audio Unit option in the effects menu as well as Inter-App Audio and the option to add FX packs via small in-app purchases. If other iOS apps you have bought include AU components, they will be usable in Cubasis. Its own instruments are great too and you get 28 new Micro Sonic instruments in addition to the existing set, and Cubasis’ effects have had a visual overhaul and now look extremely slick and friendly. The last of the major changes is support for iCloud Drive, external hard drives and wireless flash drives for storing your projects. When you’re multitracking high-quality audio, you can struggle for space so this is helpful for storing and archiving projects. 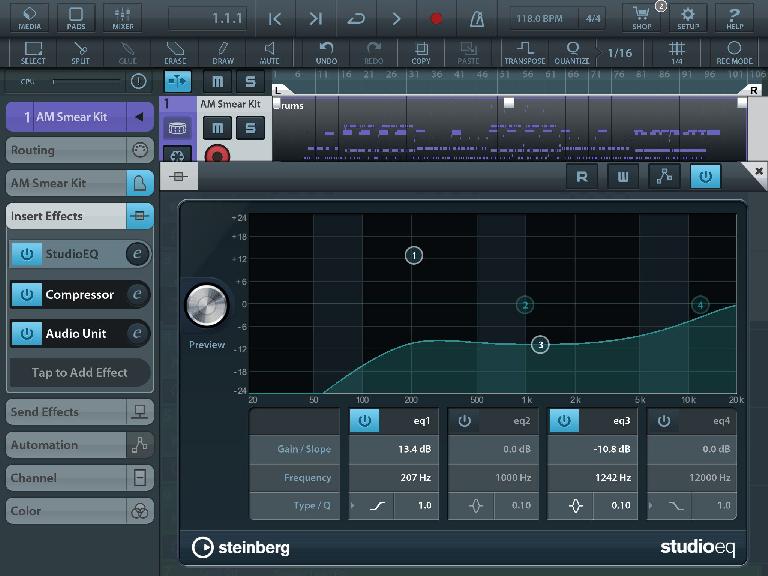 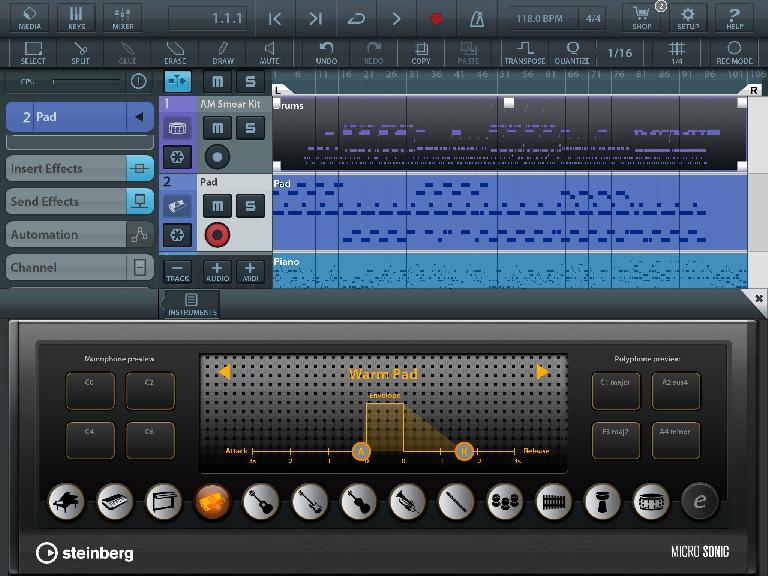 Does it cost more than many iOS music apps? Well, yes. But then it does more as well. You might argue that Steinberg should throw the extra effects in for the purchase price, but the addition of Audio Unit support opens up your third-party stuff to use in Cubasis, so that’s less of an issue. Steinberg occasionally runs price promotions on it too, which are worth looking out for.

The stuff that was already in Cubasis is equally as impressive as what’s new: a MiniSampler for creating, editing and mapping your own instruments, automation, MIDI CC support and comprehensive routing support inside iOS and over 500 audio and MIDI loops to name but a few. It’s probably my favorite mobile DAW not just because it’s so intuitive to use but because it can do stuff I expected apps would struggle with, and do it well. It’s the most approachable and certainly one of the most powerful mobile DAWs around. Pair it with a proper audio interface like Steinberg’s UR44 or something else with iPad compatibility and you’ll find you can achieve way more than you might expect using your iPad.

Cons: The FX could maybe be thrown in for the purchase price. Costs more than many other iOS DAWs—but then it does more.