Language
What if your software controller could work across all kinds of different apps? The Contour Designs ShuttlePro v2 may have the answer'¦ Â

Creative software long ago passed the point where it became so powerful that a simple keyboard and mouse or trackpad are less than ideal methods for controlling it effectively. And while there has been a lot of development in the field of hands-on controllers for specific DAWs or even ecosystems like NI’s Komplete Kontrol, these don’t satisfactorily cross over to other kinds of software like audio visual or even Office applications.

And yet creatives frequently work across many disciplines. In a typical day, I myself will use office, DAW, video editing, photo editing, web browsing and screen capture software as a bare minimum, and often more than that. So why shouldn’t a controller be able to handle all of them, at least to a useful extent?

Contour Designs specialises in multimedia controller devices that do just this. The ShuttlePro v2 is its latest, a sleek and lightweight multi-controller that comes with templates for a dizzyingly wide range of applications for Mac and PC. Download the driver software and you can customise any template, or indeed make your own, but more of this in a moment. The buttons are not labelled because they can do more or less anything depending on the app you’re in. The build quality is good and the size just about right for most hands, either left or right. 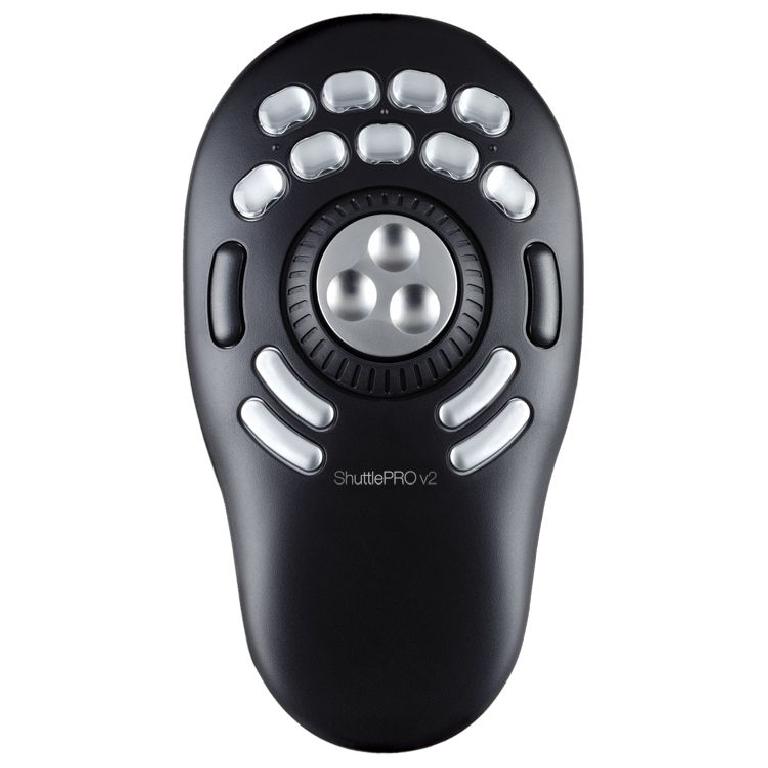 Fire up an app and there’s a good chance it will be among the more than 100 directly supported with a template. These range from obvious candidates like Final Cut Pro, Logic, Reason, Live, Cubase and other DAWs through Premiere, Maya, major web browsers, Microsoft’s Office suite and most of Apple’s native OS X apps and Adobe CC. Crucially, slightly older versions of many apps are also supported so you don’t necessarily have to have the latest and greatest. A full list doesn’t yet seem to be available on the website but here’s a list I screen grabbed from the app. There are some omissions – Cubase 9 is very new for example – but Contour will surely add these and others as they go along. 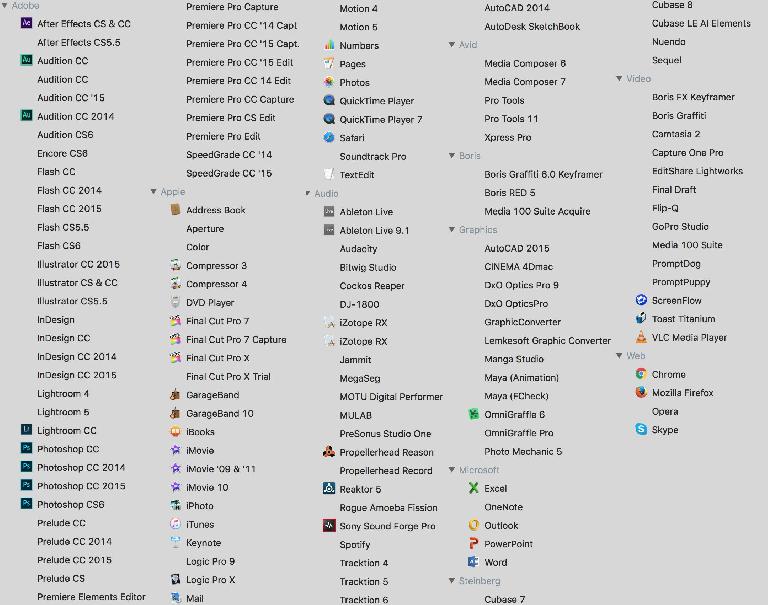 A list of the currently supported apps, which gets updated regularly

In use, the Shuttle automatically detects the app that’s in the foreground and adapts to its controller set. This works really well, with the very minor caveat that in apps where different areas can have focus you have to remember to make sure the part of the window you want is active. Otherwise you can be turning the jog wheel and wonder why nothing is happening, then realise it’s because you haven’t selected the timeline yet, for example.

There are multiple buttons, all of which are pre-programmed for specific tasks or commands but can be quickly re-programmed using the editor. This is fast and easy, and you can also change the wheel behaviours to suit. Almost any command is available including things like closing or saving documents, different types of mouse click and even running Macros which you can configure. A typical example might be to program a command + keystroke, then a short pause, then another key command. The result would be a multi-step process reduced to a single button. 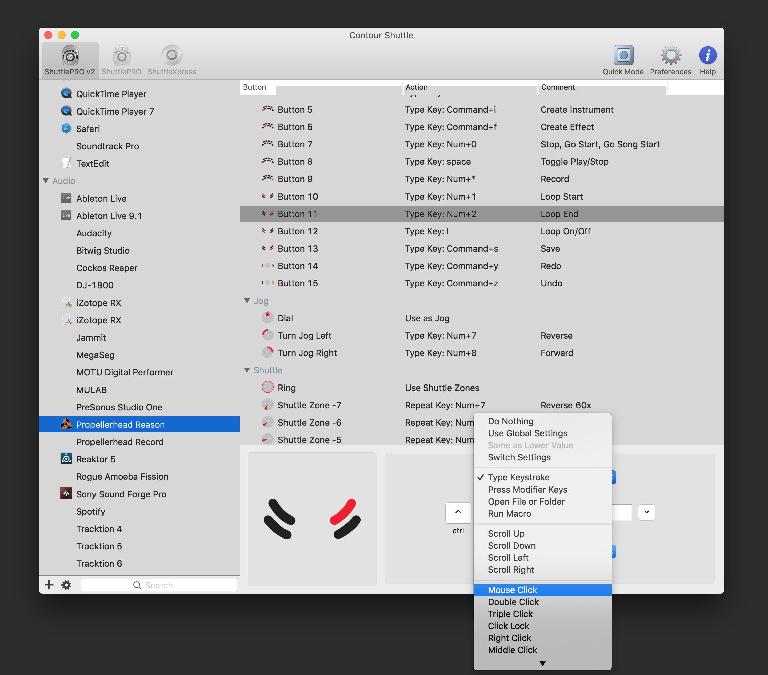 Easily customise any control or template, and even create Macros

The Shuttle works exactly as advertised and can massively speed up your workflow in almost any app, with the added bonus of being completely customisable and auto-detecting as you switch between apps. Commands can be easily rearranged or tweaked, and the ability to zoom through timelines, zoom in and out on images, select things and generallly go faster is genuinely amazing. Anyone who works with creative software, especially anything with a timeline, should seriously consider this tool. A smaller version, the ShuttleXpress, is also available with a more slimmed-down control set but still a great core of features. You’ll almost certainly wonder how you managed without one.

Pros: Insanely useful for navigating and controlling all kinds of software. Works with over 100 apps out of the box. Fully customisable. Older versions of many apps also supported. Very easy to set up. Create and run macros.

Cons: An integrated trackpad for mouse control would make this the perfect device, though likely push up the cost and physical size too.