Language
It's light, metal, portable with full-sized keys and polyphonic aftertouch. But how does the CME Xkey MIDI controller keyboard really perform in the studio and on the road? Andy Bowen finds out. 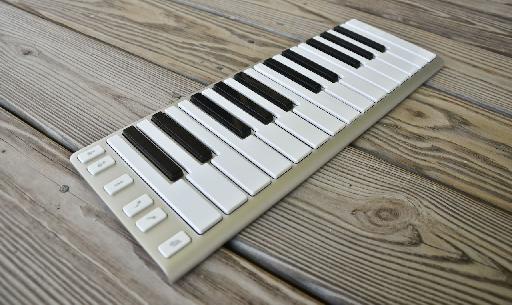 In the era of the MacBook musician, there’s nothing that strikes my fancy like a super-portable piece of gear, and that’s just what the CME Xkey is. Oftentimes, portability comes at a cost: mediocre features or finicky build quality. In this review, I take this micro-sized controller through the wringer to see how it fares a life on the road. 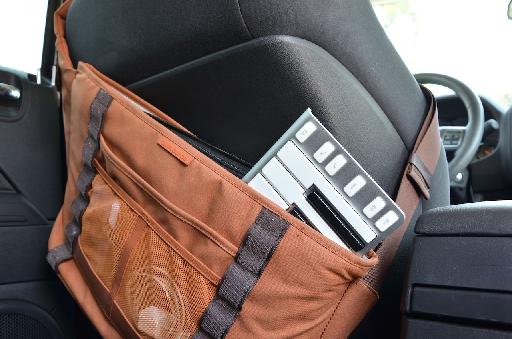 Right off the bat, it’s obvious that the Xkey was designed to fit in your backpack. At 15.27-inches wide, it’s slightly larger than my 15-inch MacBook Pro. Set side by side, with their brushed aluminum frames and all, it’s almost like a match made in heaven. Personally, I always choose quality over aesthetic beauty, but really… look at this thing. It’s sleek, compact and quite nice on the eyes. 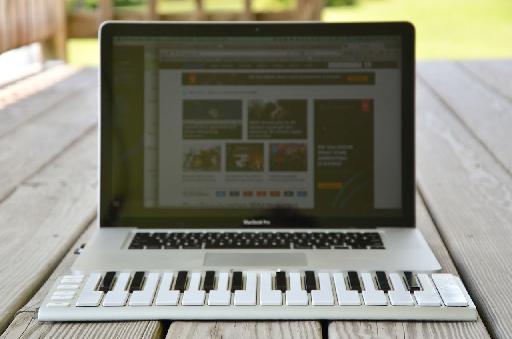 The Xkey is remarkably sturdy for being only half an inch deep. Mine migrated to and fro from shoulder bag to bus cubby while on the road earlier this year, and emerged with no more than a few scratches to the finished metal and keys. If you’ve ever been on tour, you'll appreciate the fact that it survived being tossed and squashed by luggage at each shower stop; the thing holds up better than you’d expect. When I first picked it up, I was surprised at how heavy it felt. In reality, it only weighs about 1.3 lb, but given its thinness, I had expected more of a plasticky (cheap) feel. Not so!

If you’ve ever been on tour, you'll appreciate the fact that it survived being tossed and squashed by luggage at each shower stop: the thing holds up better than you’d expect.

The individual keys take a bit of getting used to. Not because they’re a smaller size like the microKORG, but because they’re well, chiclet keys. They are the standard professional size (which is awesome given the controller’s small footprint), only they’re about the same depth and weight of those on an Apple wireless keyboard, producing a very similar “clack” when pressed. Left of the 25 keys, there are several soft rubber buttons. Six, to be exact. These feel similar to a generic MIDI trigger: a jelly-like button with no tactile feedback upon a complete press. 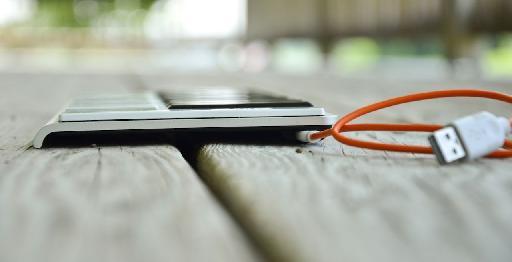 Plug it and play. That’s the best part about the Xkey, second to its flexibility. On your iPad, PC or Mac: it doesn’t matter. Make the connections and a soft red light on the back right will indicate it’s ready to roll. How exactly does one connect the Xkey? The unit has one single Micro USB port located beside said power indicator. Out of the box, it comes with a premium, bright orange and white USB cable. You don’t have to use that one, of course, but be sure to test any cable you plan on using before packing up for a trip. The space between the port and underbelly of the device is very small and few of the Micro USB cables from the annals of my desk actually fit.

As far as features go, you won’t find anything outside the essentials. Between its six jelly buttons, there are controls for octave selection (up and down), sustain, modulation and pitch bend (up and down). The pitch bend and modulation controls do support pressure sensitivity, so you’re not looking at a completely on/off situation. As with the chiclet keys though, they take some time to master.

Anyone’s first reaction (including mine) to the sustain button might be to wish for foot pedal support. But remember, the device only has 22 keys to begin with, and its sustain controls work well for one-handing pads—which is mainly what this uber-portable device is designed for. Speaking of the keys, it’s worth noting I was able to hammer out decently accurate velocity values while triggering a kit on EZdrummer. You wouldn’t think it, but in fact, the Xkey even supports polyphonic aftertouch(!). The downer is that you will have to adjust your playing style more than you probably want to get the best results.

Finally, the Xkey has three complementary apps. Well, one app, specifically, but it’s available on the iPad, PC and Mac. Aside from firmware updates and support documents, every other feature in the software is targeted for the advanced user: editing velocity curves, reassigning parameters and configuring new assignments to all the keys and buttons.

As it powered on for the first time, I prepared myself for the inevitable lag I had come to expect from such USB-powered devices. Thankfully, my assumption was wrong. If there is any lag from the Xkey’s end, I didn’t notice. And I really, really paid attention. (Let’s remember that nine times out of ten, lag with virtual instruments doesn’t originate from the controller.)

Two artist friends of mine (Jarrod Ingram of Royal Tailor and B. Reith) did me the pleasure of working CME’s controller into their workflow during a recent tour and their impressions were mutual: the Xkey rocks. It’s sturdy, versatile and lunges from zero-to-music in less than ten seconds. Ryan Tedder can pull his own mobile Airstream-gone-studio behind OneRepublic’s Prevost, but we don’t all have that luxury. Airports, coffee shops, cramped hotel rooms, kitchen counters, laps: these are the places where many of us make our best music, and portability just happens to be the Xkey’s greatest talent.

So, would someone ditch an Akai MPK249 or Novation Launchkey Mini for the Xkey? Probably not. Without loads of mouse work, you’re gonna need some knobs, buttons and maybe even a fader to arrive at any sort of finalized programming—especially when you’re dealing with intensive virtual instruments. But the Xkey isn’t about finishing, it’s about starting. I was able to quickly capture and develop spontaneous grooves with this device that would have otherwise been lost to my fallible memory. And that makes me very happy. 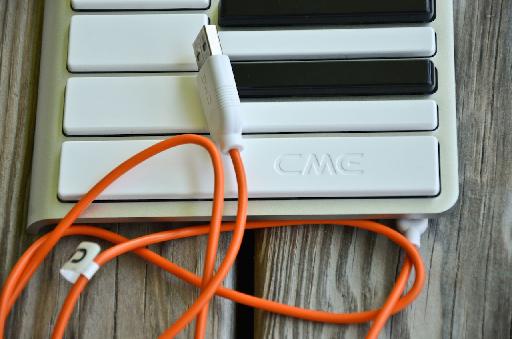 For $99, there are few controllers that can compete with the Xkey’s portability. The Akai MPK mini is a very close contender, and it has more functionality (pads and knobs). But as far as lugging it around in your backpack, well, you’re gonna have to take a bit more care with the MPK mini.

If CME produces a 3x3 trigger pad in the same Xkey line (which I think it should), I’ll be the first to buy it. Just think of an Apple Magic Trackpad with 9 rubber pads. Yeah, that would be dope. Oh, and a Bluetooth version of the Xkey would be wonderful too.

Note: Jarrod Ingram and Brian Reith contributed to this review