ClassicFX combines some much-loved audio effects in new and interesting ways on your iOS device. Hollin Jones took it for a spin.

Igor Vasiliev makes some cool, esoteric music apps for iOS and Creative FX is the latest. Running on iPhone or iPad, it’s an interesting collection of relatively conventional types of effects but combined in an almost synth-like environment, enabling you to open up much more creative possibilities that simply chaining FX together would normally offer. It works in standalone mode where you can use it for live processing audio input like a regular effects unit, and also supports AUv3, Inter-App Audio and AudioBus as well as Ableton Link. Free forthcoming updates will apparently open up the effect for control via MIDI, though this is not implemented at the time of writing.

There are three main elements - delays, filters and LFOs and these are used to create echo, flanger, chorus, rotary and other effects. These effects in turn are grouped into different structures by what the developer calls “algorithms” - essentially routing and setups that can be stored as presets. The main interface is a combination of futuristic and retro, with most of the main controls grouped on one screen. There are A and B sections, each identical and each of which can store different settings. The morphing fader running along the base of the window can be used to morph between the two sides. Morphing can happen manually, automatically or in a looped cycle. 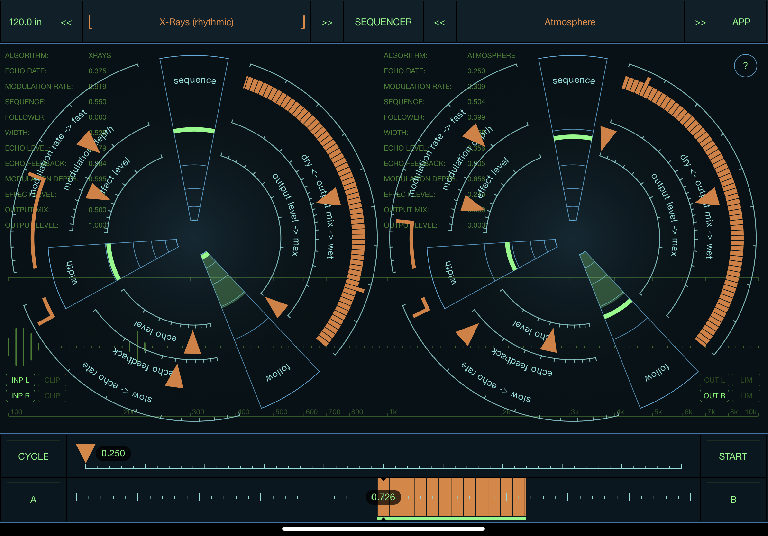 There’s a decent bunch of presets available, many of which are labelled “rhythmic”, meaning they make use of the sequencer function to animate the sound with user-definable curves. These can be edited by tapping on the Sequencer section and it’s possible to add up to 16 individual measures of curves here so that the effects animate over a longer period of time. 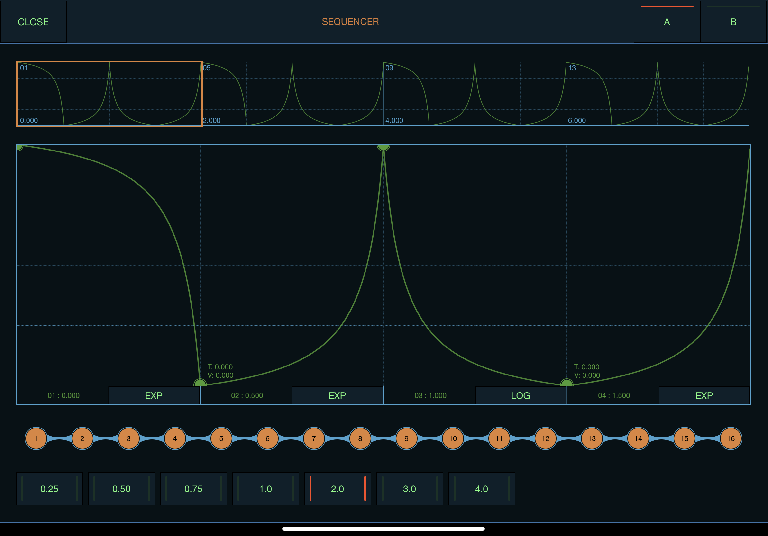 Back in the main screen, touch-based controls are arranged across two circular areas including effect mix, overall levels, stereo width, echo level and feedback, modulation rate, depth and more. A level meter runs behind some of these elements showing you the volume of your input as well as having a frequency chart on it. You’re also able to use only the left input channel (as well as left and right) which is handy for adding stereo effects to mono input sources. 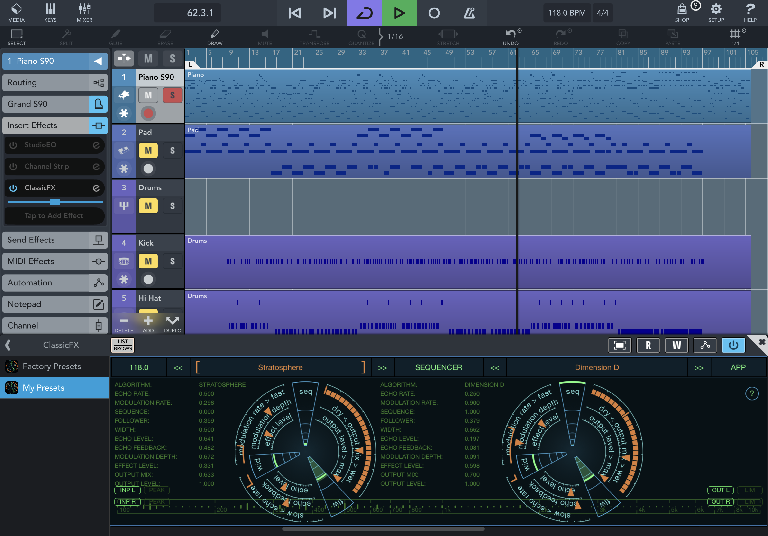 The design does take a little getting used to. While the science of the app is largely hidden from the user and as such “just works”, the overlay of markers onto sliders in some areas can obscure the text underneath. This isn’t hugely problematic since it’s only at certain positions that it happens but it would be smoother to find a way to change this in the design just to make things even easier to follow.

Sonically the effects become more than the sum of their parts by virtue of being chained together. On the whole they are quite “spacey” in that they add reverb, depth, echo, flange and movement to sounds to varying extents. They sound great on synths and guitars and can also be applied to drums, vocals and more to get psychedelic results. There’s fun to be had by playing with controls and just seeing what shakes loose. It definitely rewards experimentation and despite looking quite complex, isn’t as difficult to wrap your head around as it might appear.

Pros: Fun, experimental app for iOS. Works in various modes. Add dynamic, moving FX to any sound. Hides a lot of the complex nuts and bolts from the user.

Cons: Morphing not presently available when running as an AU. Interface could be tidied up a little.