If you're looking for an affordable but great-sounding solo string instrument collection for your scores or soundtracks, Cinematic Studio's latest release may be just the ticket.

Several years ago, a new strings library by a new developer appeared on the scene: Cinematic Strings 2. While I never owned it, I got enough hands-on experience to reach the conclusion that while it did not have as many articulations as the ones I favored for my personal use, for many of my Logic Pro clients it would be a better choice. It had a big lush sound right out of the box, small learning curve, inexpensive price, and worked with the free Kontakt player. And it did indeed become very popular.

Then they released a new strings library, the first entry in their “Studio Series”, along with a piano. To my surprise, I liked this one even more and reviewed it positively for Ask.Audio. They recorded a smaller section and somehow managed to make it sound still warm and somewhat lush yet more detailed. This made it more often than not my personal “go to” but I also found it very easy to layer with other libraries. Now they have released the next member of the series, Cinematic Studio Solo Strings and it is no surprise that it has the same virtues as its big brother.

Cinematic Studio Strings is a Kontakt 5 Player library, so a full version of Kontakt 5 is not required. It was recorded on the same scoring stage in Sydney as CSS, and again, even without reverb, the sound is lovely. It is not as wet sounding and is more detailed than some of its competition, It can be used as a solo instrument or part of a quartet or as a first chair with other string libraries, especially CSS. The latter is probably what I personally will use it most for.

You have four basic string section instruments: 1st violins, 2nd violins, violas, and cellos as well as two ensemble patches, full and light. I was somewhat surprised and frankly disappointed to see that no solo bass was included. What if I want to write a string quintet?

Again like CSS, it has all the most frequently used articulations: Sustain, with legato (recently improved both in this library and CSS) staccato, staccatissimo, spiccato, tremolo, marcato, pizzicato, Bartok pizzicato, trills, measured tremolo, harmonics, sforzando accents, portamento, and col legno. There is also a lovely Con Sordino, scripted not recorded, but very believable.

The Classic legato patches default to one speed and are the most playable, so you could play the part with them, and then switch to the speed reactive patches. The Advanced legato is included mostly for compatibility with the full sections when using these as first chairs and not really necessary for the solo instruments.

The instruments are very playable, especially the Classic legato patches. Sustains were sampled with four dynamic layers modulated via a modwheel crossfade and switching between them is controlled by cc1.  As with its predecessor, at lower cc1 volumes there tends to be a little more vibrato than I prefer (although generally with solo strings I want more than with sections) and again, this is controllable with cc2 (breath.)

As you can see, they have kept the GUI and keyswitch notes almost identical in CSSS and CSS, which is very helpful both with the learning curve and when using CSSS as first chairs.

The Marcato patch again has the option of a “spiccato overlay”, one of my favorite features. And again, switching between short articulations is controlled by cc1, which I like. 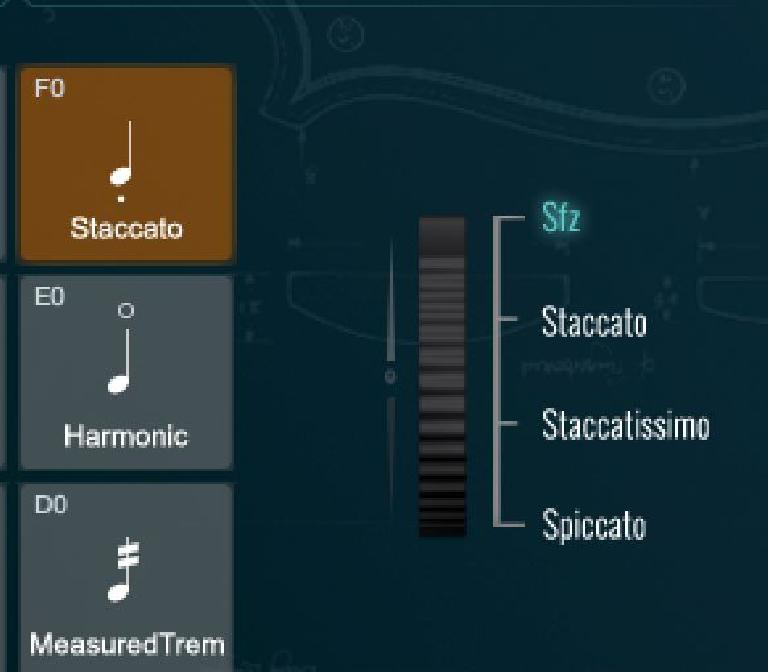 As with CSS, the pizzicato articulation contains pizzicato, Bartok snaps and col legno and the col legno is way softer than the other two. While I know that with real players they actually are, it nonetheless makes it a little harder to work with.

Here is a chart with the various cc assignments. 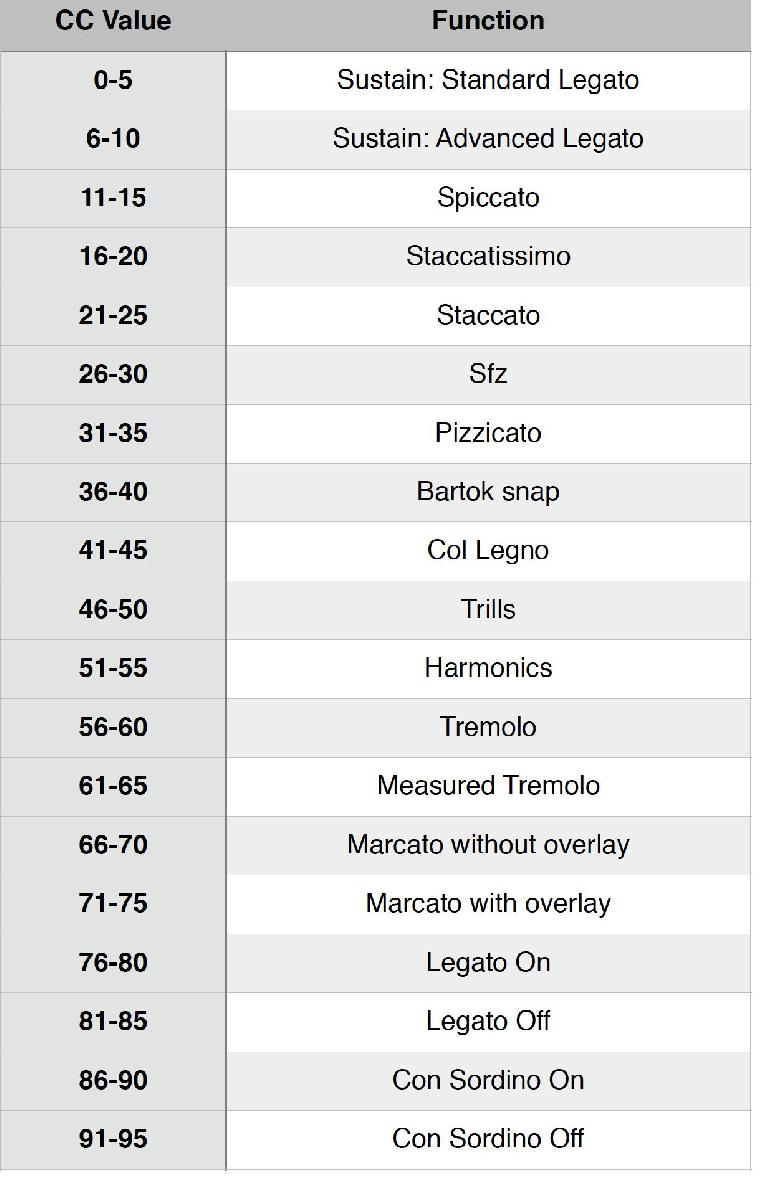 There are a bunch of short videos that are really well done: an Introduction, technical walkthrough, articulation demo, legato introduction, classic legato demo, and I especially recommend the first chair tutorial if like me you are already familiar with CSS and anticipate using CSSS in this manner. At $299, it is a bargain. And with a loyalty discount for owners of Cinematic Strings 2 or Cinematic Studio Strings it is only $199!

As with CSS, if you are mocking up elaborate classical repertoire or composing a concert hall piece, this might not in and of itself do all you want, but for commercial composers and those learning orchestration, it will do 95% of what you probably would ever want to compose.

If you already own Cinematic Studio Strings there is no question in my mind that you want to buy this library. Even if you do not, it is a wise choice.

Pros: Beautifully recorded with a great level of control, does not necessarily even need reverb while still detailed. Very playable and instantly gratifying. Works with the Kontakt 5 player so a full version of Kontakt 5 is not required. Not that CPU demanding. Terrific demos and video walkthroughs.

Cons: No bass instrument. Still not loving the pizzicato patch implementation and it still takes a little bit to adjust to needing to play the sustains a bit on top of the beat.