This real tube distortion module has a multimode filter, flexible gain staging and a slim footprint. Scott Riesterer put it through its paces.

Cephalopods represent some of the most alien species on our planet. Squid, Octopi, Cuttlefish and Nautilus all belong to this family and have inhabited the briny depths of our oceans for hundreds of millions of years. The foreign nature of these tentacle-wielding deep-dwelling creatures tends to place them in a region of mystery in our collective imagination. In the case of the giant squid, this sense of mystery was historically coupled with one of terror at their size, power, and unpredictability. The Cephalopd from Sognage is a more familiar beast; one that brings vintage technology into the modern world of eurorack. While it’s nothing to be afraid of, it does bring a lot of power to the table with a slight air of mystery.

From a quick glance at the Cephalopod, two things will probably jump out at you. First, the badass panel design featuring a black faceplate adorned with tentacles. Second, the glowing blue vacuum tube protruding from the front of the module. Cephalopod uses an Electro-Harmonix 12AX7 tube (also known as an ECC83), which is commonly used in guitar amps for its tone and low noise. I realized a few years back that vacuum tubes are a world unto themselves. If you meet a tube junky, they can talk your ear off about all the different types and how different they sound and what they’re best used for. Then you have the whole NOS (New Old Stock) situation, which is quite fascinating.

Tubes are immune to the effect of electro-magnetic pulses, which short out the transistors ubiquitously used in our modern electronic devices. These pulses are released amongst other things by nuclear bombs. For this reason some armies have stockpiles of them in order to operate ancient equipment in the event of nuclear war. At some point these army surplus tubes became available for sale, and many have been bought up by amp manufacturers. These tubes were made decades ago, but were never used, hence the awkward oxymoronic name New Old Stock. The Electro-Harmonix tubes used in the Cephalopod are not NOS tubes, but are manufactured to carefully match the character of their vintage counterparts, and respected for doing this quite well. 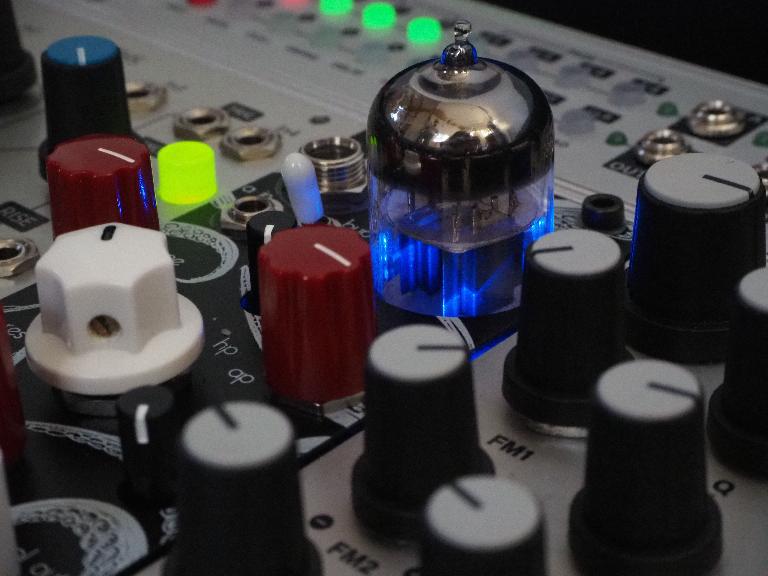 What makes a tube desirable are the harmonics that it adds to a signal, but also how it dynamically reacts to changes in volume. At moderate volume levels, even harmonics are added to provide a pleasant thickening to the tone. With higher volume signals, odd harmonics are generated, which can be more dissonant. Many guitarists make use of this response and intentionally work their strings to take advantage of this dynamic. This effectively makes the tube amp an extension of the instrument. Because modular systems can produce such a wide range of dynamics, they are similarly situated to benefit from tube behaviour. However, Cephalopod is designed to work with more than just modular systems.

In addition to having a standard eurorack input, Cephalopod has a ¼” line input designed for use with guitar, bass and drum machines so it can also function as an input interface for your system. I particularly enjoyed plugging my Teenage Engineering PO-32 Tonic Pocket Operator in to give it some serious girth and grit. Connecting my Arturia Microbrute was similarly satisfying and I was able to add a vicious growl to the synth. In the modular domain it works well both as an in-your-face effect to completely transform a sound, or as a more subtle touch layered in parallel to add some texture.

While I love my 4MS Spectral Multiband Resonator, it has such a distinctive glassy tone that sometimes I want to process it for a tonal contrast. Cephalopod definitely made it sound different, bringing out fuzzy warmth with restrained settings, and a grungy edge with more aggressive settings. I played a short set for Drone Day this month, and used SMR and Cephalopod in the Send/Return loop of Intellijel’s Springray 2 quite prominently. 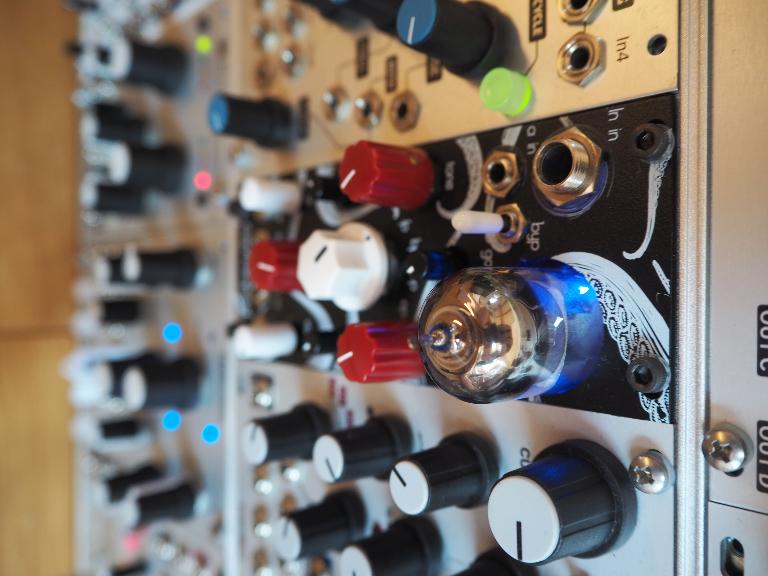 For those who have worked with guitar or microphone preamps, Cephalopod’s controls will be fairly easy to approach. While dialing in your sound it’s important to take your gain staging into careful consideration to avoid unnecessary noise, unless that’s what you want. There’s both an input and output volume knob, along with a gain control that can be bypassed. There’s a tone control knob with a CV input, but also a multimode filter with CV control and resonance.

The module has a compressor circuit, but only a sustain control so there’s no adjusting the threshold or timing. Instead it’s more useful to think of the compressor sustain as an additional tone control. Higher sustain levels will allow more bass to pass through the compressor, which fattens the bottom end, but can also add more distortion to the signal. Driving the input signal will also add more distortion, and you can really dramatically break things up if you want, but to keep things subtle, more modest input levels should be used. Sognage advises that leaving the input volume at 12 o’clock works fine for most input signals.

Getting back to noticeable visual details, probably the third thing you’ll notice about Cephalopod is the build quality. All of Sognage’s products are handmade in South Africa and they stand behind their products with a lifetime build guarantee. This through-hole approach is refreshing to see when so many modules have panels that are mass assembled by robots. It gives it a vintage feel, and really hammers home the analog feel of the module. Because really, can you get any more analog than having a tube sticking out of the front?

There’s a few small things I noticed that I have been told will be changed in future releases of the module. Firstly, the two panels were only joined with jumper pins and headers. This meant that while installing the tube or disconnecting the ribbon cable, the panels would pull slightly apart. Secondly, I thought it was odd that the filter cutoff knob was small, while the filter CV knob was large. Personally, I tend to spend more time manipulating the cutoff knob than the CV knob so I prefer it to be more robust. 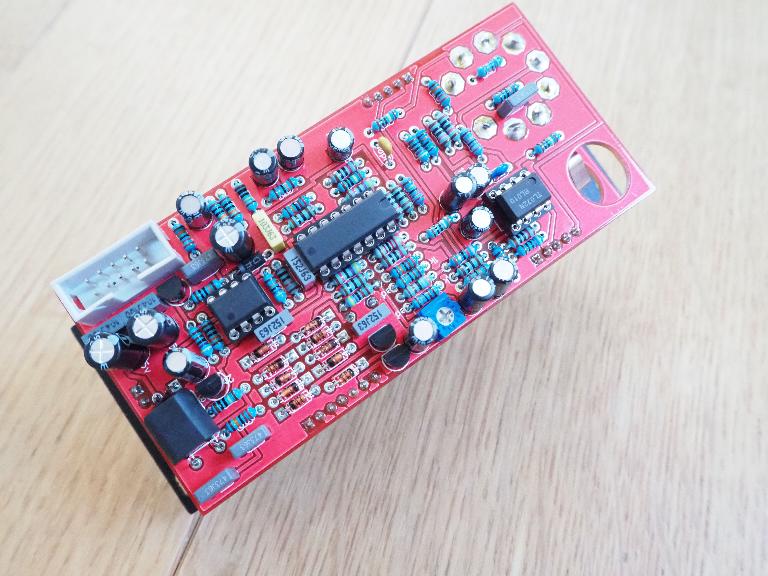 Cephalopod provides a great solution for the distortion-thirsty. I can see it working very well in a small instrument processing rig, but even in a larger system with an existing balanced audio interface it can be nice to have a line input to inject another signal. Plus, having the tone controls and input together is very convenient. With a slim 10HP footprint, the module boasts a range of clearly labelled controls without feeling cramped. If you’re looking to add some grit, grunge, girth, and/or fuzz to your system, you might want to wrap your tentacles around this guy.

Cons: Can be noisy, especially if care is not taken with gain staging; May summon Cthulhu.