Language
A studio microphone with a B1 capsule and a head that rotates180 degrees? You won't be surprised its from Blue Microphones, known for their innovative designs. How does it perform? Read the review...

I was fairly excited when I took a look (and a listen!) at the Blue Hummingbird at NAMM earlier this year. The rotating capsule promised to seriously shake up the mic placement process in my studio, and I waited patiently for the press samples to arrive at my door. Well, they finally did, and I spent some quality time with the Hummingbird for a pop country artist session. Here's what I found.

Spin Me Right Round 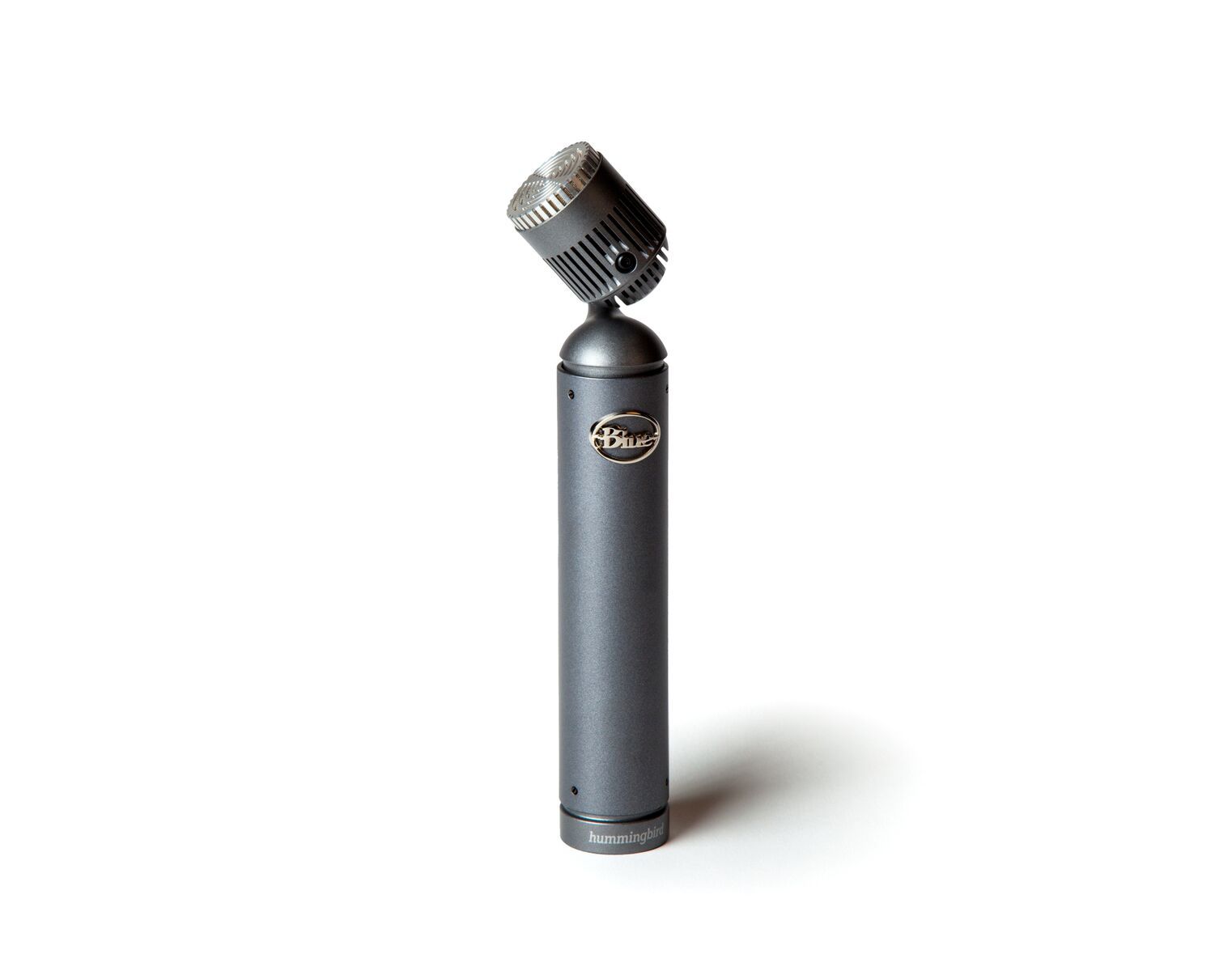 So what's the big deal about the Hummingbird? Well, it's a venerated Blue B1 mic capsule on a 180 degree rotating head. You read that right, the mic head actually spins around 180 degrees to allow for a 'sweeping' technique when micing up a source. You can sweep the mic head from one part of the source to the next while listening and find the 'sweet spot' in seconds… all without having to move the mic stand (or the mic itself) an inch!

For those of you who like to close mic sources like drums this can be an incredible convenience. You no longer have to compromise between the logistics of where the mic is actually physically placed vs where YOU, (as recording engineer,) want it placed. The rotating capsule allows you to get the mic out of the way and yet maintain the exact angle and direction you wish.

Ok, But Is It Worth All The Fuss? 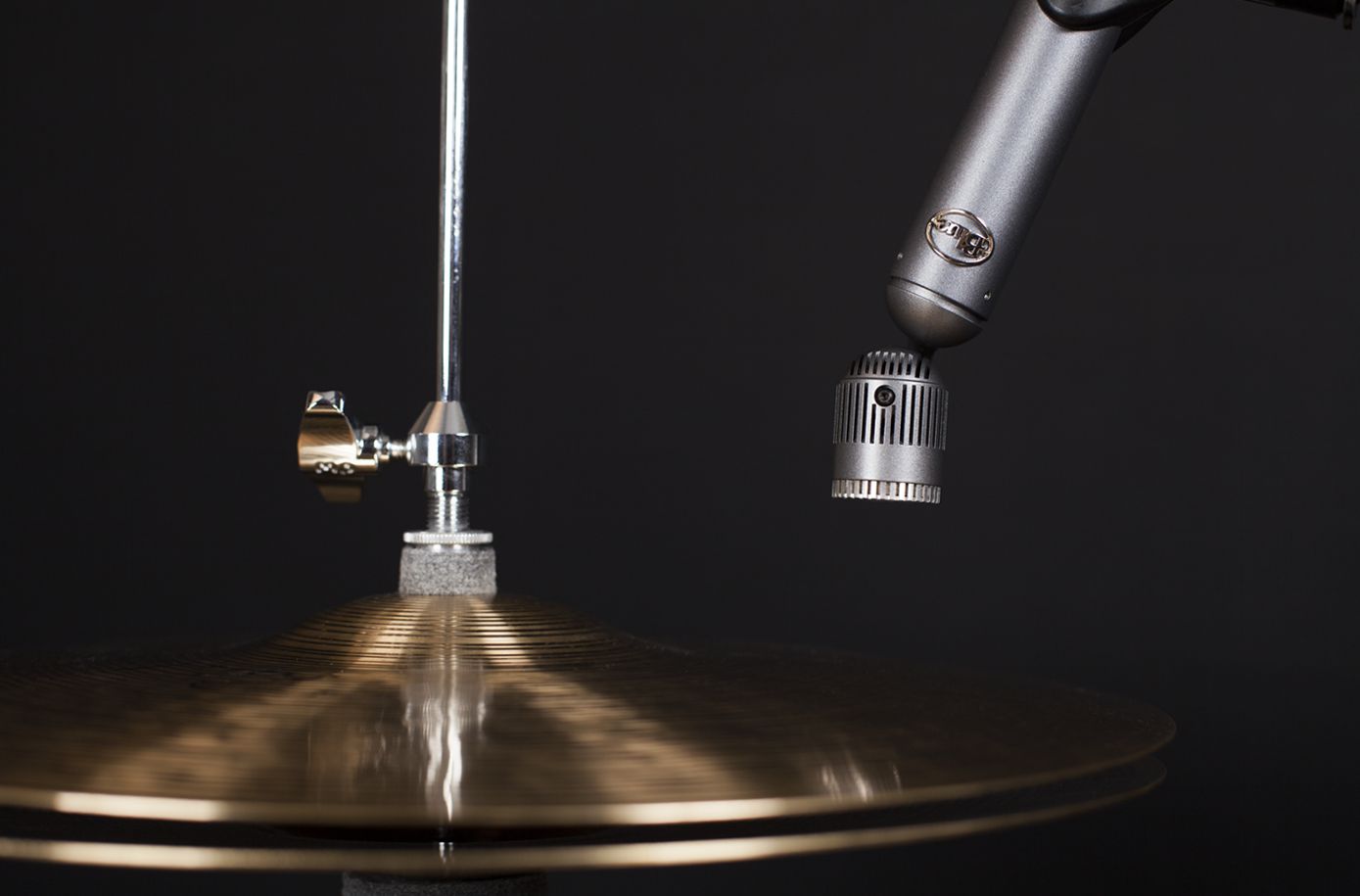 Yes. Yes, yes yes. A million times yes. Let's be honest, although most of us have our 'favorite' mics, we all know that we could do the job with a lot of different options. When I hear someone tell me a mic sounds good, I often think first “That's nice, I have a lot of mics that sound good - why would I buy another?”. In the case of the Hummingbird, you can tack on “It sounds good, and it can save you a lot of time”.

I found that by quickly placing the mics where I wanted them, then spending my time rotating the capsule to get them pointed in the perfect spot, it really cut down on my mic setup time. I was able to 'dial in' the sound I was looking for quite fast. If I had to sneak a mic in between the hi-hat and a neighboring cymbal stand, I didn't fret because I knew I could still get the perfect angle I was looking for within seconds.

I also was happy to incorporate the 'sweep' technique into my mic setup. I set up the hummingbird over a snare, had the drummer play a bit while I rotated the capsule, played back the recording and found the perfect spot for that drummer. It allowed me to get to the sound I had in my head a lot more quickly.

Here's an audio sample from a recent video shoot. I used a pair of Hummingbirds as drum overheads. About halfway through the sample, you'll hear every other mic/instrument cut out except for the 2 hummingbird overhead mics.

I still can't believe (and I was there!) that what you're hearing is only the 2 hummingbird overheads! No kick mic, no snare mic… just 2 overheads. These mics are the real deal. The flexibility in placement allows you to get a truly 'dialed in' sound quite fast.

I'm a big fan of the Hummingbirds. The B1 capsule is quite responsive, the 180 degree angle adjustment is very convenient, and the price is right. I'm a curious about how the rotating capsule will hold up over time, although it feels incredibly sturdy and I suppose only time will be able to answer that for me. I will say that I do plan on keeping these mics around long enough to find out!