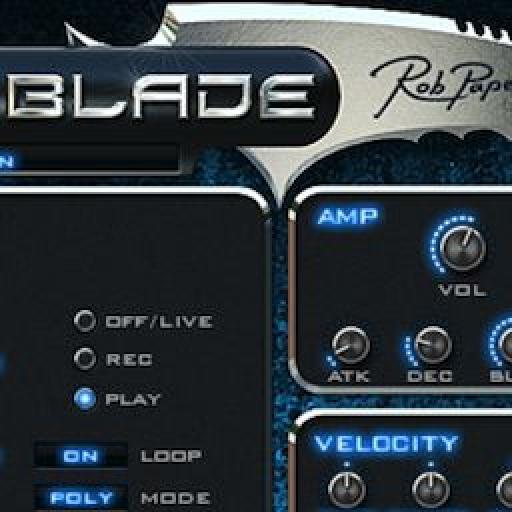 Language
There's soft synths and there's soft synths... and when Rob Papen releases a virtual instrument you can be sure it'll create cutting edge sounds. GW Childs cuts to the chase in this review of Blade.

If you ever get in to a conversation with anyone around synthesizer plug-ins, most likely it won't take long for one of Rob Papen's soft synths to come up in conversation. Granted, it is quite rare, depending on your locale, that you'd get into a synth plug-in conversation regularly, and if you do, well you've either got really cool friends, or you need to get out more. But, that's besides the point. Either way, Rob Papen's synths have made serious impacts on this sub-culture of plug-ins and electro. 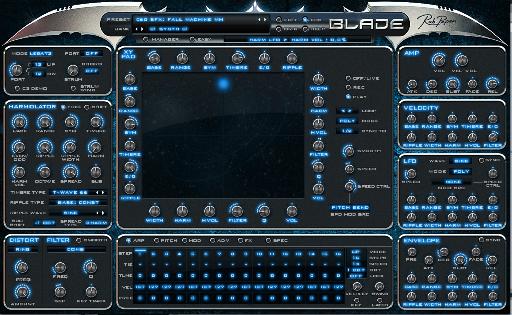 Recently, Blade was announced, and thinking that this might be the second coming of BLUE, or Predator, I was most excited to get my hands on Blade to see if this was the next synth that might change my life. Is it?

Aside from having some of the coolest graphics I've seen in a soft synth for a while, Blade's beauty is far from skin deep. And, as I've gotten to know the synth, the name is no coincidence, either. Though, I'm not really sure which came first, Blade and NI's Razor do share a few things in common. The main similarity would be that the key oscillator of Blade, known as the Harmolator is very similar to the oscillators of the Razor, as they both use partial banks for the thick, and unreal sound being produced by both synthesizers.

However, this is really where any similarities begin and end. Blade, from here on out, takes its own turn into new territory using functions that are loved and appreciated from all the Rob Papen synths we already enjoy. For example: Classic Rob Papen effects like Gator, the rhythmic trance gate appears in Blade as an optional effect. Along with several, several other effects you've used in the past. There's also the much loved and cherished arpeggiator that really can aid you in creating amazing melodies, percolating bass synths and so much more with minimal effort. 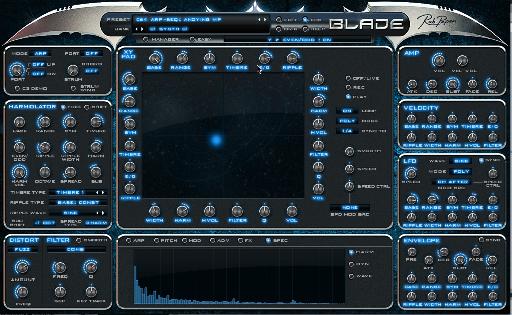 But there is one more major feature on Blade that really sets it apart from almost everything else out there. The innovative XY pad that is built-in to Blade is both enjoyable to watch, but also powerful in its usage. Unlike many XY pads out there, the Blade XY can record movements on its own. Furthermore, these movements can be held within the patch and tied to the host clock, and so on. So, it's like having a very powerful LFO where you determine the wave shape by hand. And, as it ties in to the Harmolator, which is the central oscillator/partial bank, you're essentially creating wave shapes of actual sound and modulation in real time.

This functionality is amazing for any sound out there, but it's especially helpful for wobbles, ambient effects, crazy leads, and mega basses. Though, don't think for a moment that Blade is only good for the types of patches I listed. In fact, the sound bank for Blade is beyond huge and sports patches that are good for all types of styles. I mean, it's Rob Papen here on the presets, along with several other big names. Of course it sounds good. But, in closing, let's talk about the sound design a little more.

I have a great time with this synth. It's powerful, robust and it's so deep that it makes the Razor look like Pong in comparison to Galaga. In fact, it's so deep that I noticed many of the presets seemed to regularly take only partial advantage of what's really available under the hood. This isn't saying anything against the work of the sound designers at all, the possibilities with this synth are huge.

I guess what I'm saying is that I really do see more sound designers coming along and designing patches that take this synth even farther in the future. Or, perhaps even artists coming along and inventing styles that haven't even been thought of yet. The potential really is there. But, expect to spend some time learning this synth.

All in all, I'd say at $139, you can't go wrong with the price. And yes, this will add a lot to your tool belt. And, if you do bite, Rob himself has taken the time to explain, over video, a great deal about the workings of this synth. Make sure and take a look!