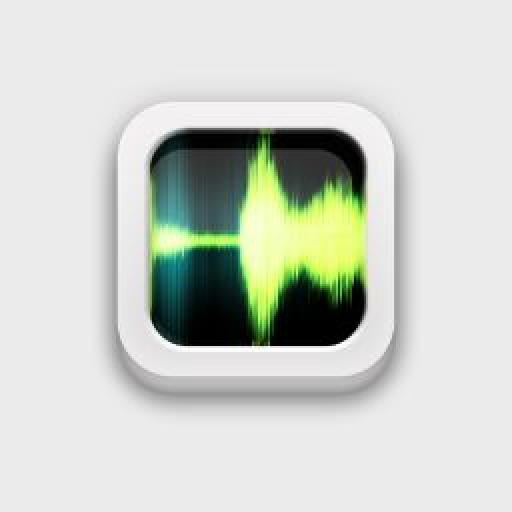 Language
If you wish to route audio and MIDI internally on a Mac, there are a number of useful options. On the iPad/iPhone platform, however, it becomes more tricky... that is until Audiobus arrived!!

I've reviewed several apps for the iOS platform at this point. Musical apps, effects apps, rhythm apps, I've seen 'em all. This app that I'm reviewing right now though is a rare honor, for the next page will be devoted entirely to an app that may yet change the iOS for music, indefinitely.

Before I go into big explanation, let me talk about the state of iOS music apps, at the moment. There are currently tons of music apps out there for the iOS platform. There are synths that allow you to play, and manipulate sound till your heart's content, there are drum machine apps that allow you to create wonderful beats. There are even effects apps that make anything you run through your iDevice echo, and so on.

This is great, but with all of these small apps, it begins to lead to an overarching question: How can I use all of these apps together? After all, it would be great to use my synthesizer app with my drum machine, right?

Enter Audiobus - It's essentially Soundflower, or Rewire for iOS. However, unlike its desktop cousins, Audiobus has a graphical user interface so that you can see the signal flow. 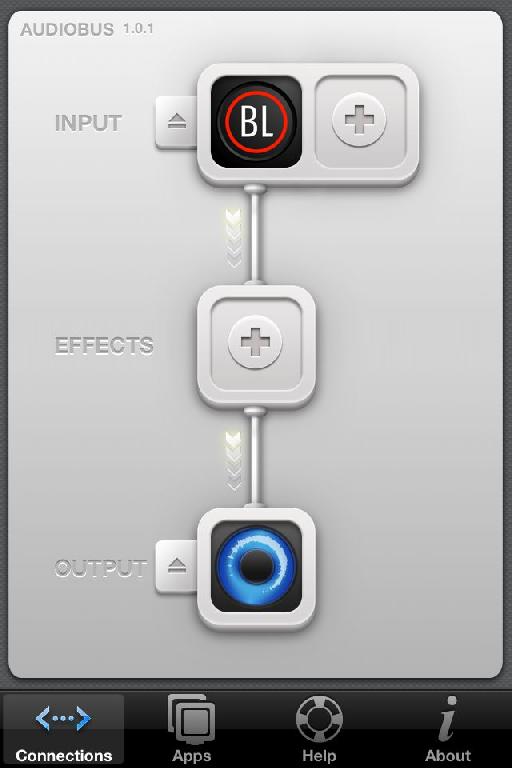 While this sounds amazing, there are a few things you should know before purchasing. First, Audiobus does not work with just any application. It must be supported, or it will not appear as a input, effect, or output. Yep, you can also have effects in between the input and the output.

Yes, Audiobus does do what it claims to do, with the apps it supports. And, for a relatively new app, it supports quite a few. I did notice some strange sync issues, here and there when modifying tempo in the Output app (Loopy). But, I'm willing to cut Audiobus some slack here. Rewire had sync issues off and on for years, and still does, sometimes.

My main comments would be this: For an app at version 1.01, this Audiobus runs very smoothly, and it does what it says it will do with the supported apps, and there are quite a few apps. If other developers latch on, and include support for Audiobus, this could definitely herald a new age for iOS devices where you don't need to own several Apple devices to make music on the go. You just need one. And, those limitations of only being able to play a synth app, by itself? Yesterday's news! People will really wonder about what they did before Audiobus was introduced.

Learn more about Audiobus at http://audiob.us