Whether you’re a singer songwriter or a budding podcaster, you’ll need the gear to record your tracks. Audient’s EVO bundle aims to give you everything you need, as Hollin Jones found out…

Originally renowned for its high-end recording consoles and interfaces, Audient has for some years now also been producing more compact and affordable recording hardware, bringing its years of studio experience to a much wider audience. Its latest release is actually a bundle, aimed at users ranging from singer songwriters to podcasters and electronic musicians wanting to add live sounds to their tracks.

The EVO Start Recording Bundle has a recommended price of $249 and for that you get  everything you need to start recording - just add a computer or an iOS device which let’s face it, you almost certainly already own. And yes, that includes the software too. There’s an interface, a mic, headphones and cables to link it all up, as we’ll see. Let’s jump into what’s in the kit.

At the heart of the bundle is a means to get audio into and out of your computer. In this case, it’s the company’s EVO 4 USB audio interface, a super-compact and USB-powered box that pretty much fits in the palm of your hand. There’s a USB-C port on the unit and you get a USB-C to USB-A cable for connection. As ever if you need to terminate in USB-C or Lightning you’ll need an extra cable, but this is the case with many products. 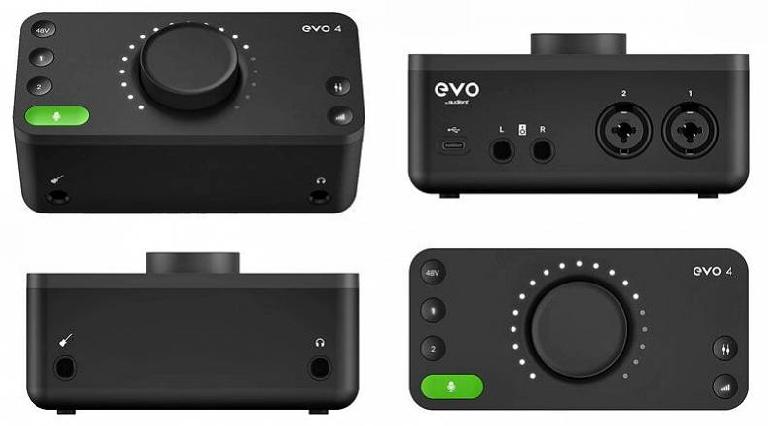 The EVO 4 has a great selection of tools, laid out in a straightforward way. There are two combo XLR inputs with transparent EVO preamps as well as a JFET instrument input which is on the front surface. Stereo jack outputs connect to speakers, and there’s a headphone output with direct monitoring which is vital for recording vocals. The preamps offer 58dB of gain range and the unit can record at up to 24-bit / 96kHz with very low latency at the appropriate buffer size settings. Phantom power is available too, all powered via USB so no PSU is required.

It uses a clever main knob with a crescent of LED lights to display multiple meters depending on which of the other buttons - channel gain, monitor levels - you have pressed. Setting levels can be a bit of a minefield for less experienced recordists and to that end it uses a system it calls Smartgain to hep you out. Press the green button on the top surface and the interface will automatically set the mic level based on your playing or singing volume so when you do go for a take, it’s all good. This worked really well in my tests and should help to prevent clipping for a good number of people.

There’s also a loopback functionality which allows you to record the computer’s audio output alongside your mic, which is useful for voiceover recording for games and things like that. It’s enabled via the EVO Control app which runs on your Mac or PC and this slick app also lets you manage levels, muting and input metering from the computer as well as the hardware itself. This is a nice touch and provides another layer of utility especially for beginners.

Next up is the SR1 condenser mic, which comes with its own shock mount to prevent vibrations being captured in your recordings. Its supercardioid polar pattern offers great rejection from off-axis and a 14mm capsule with a 20Hz - 18kHz frequency response is adept at handling both voices and instruments. It also comes with an XLR cable so that’s one less extra thing you have to add. You’ll need a mic stand of course, but what kind depends on whether you’re seated at a desk or standing. 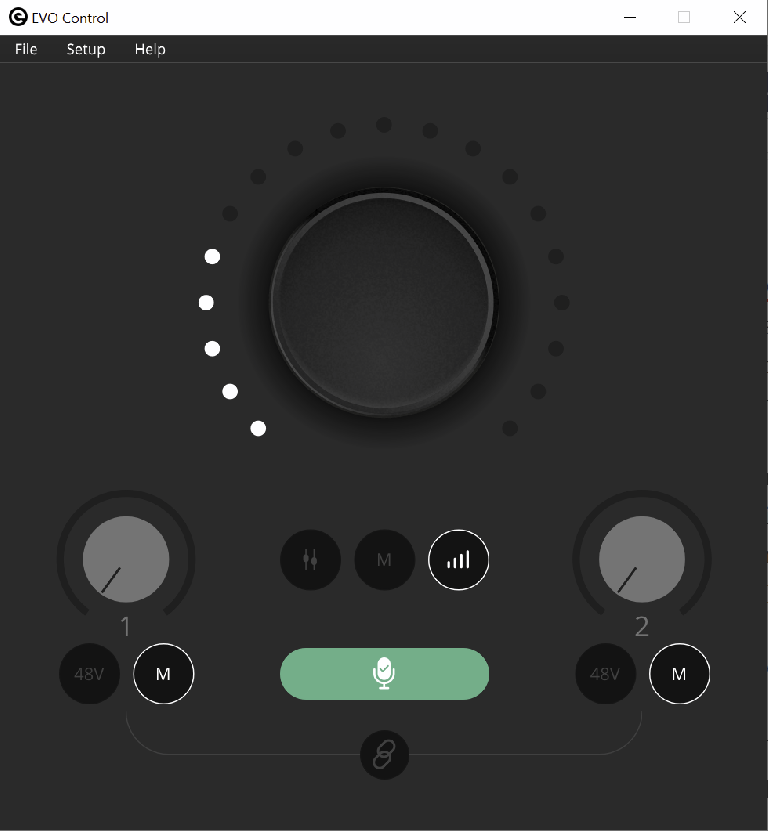 Monitoring duties are handled by the SR2000 headphones, closed-back, on-ear models to minimise sound leakage. With 40mm dynamic transducers and soft ear pads, these provided great, balanced sound while remaining comfortable enough to wear for long periods. Their 3m cable also means you have a little leeway when it comes to moving around during recording or monitoring.

It’s also worth mentioning the software bundle that comes with registration too, since you’ll need a way to actually record your music or podcasts. You get Cubase LE for Mac and PC and also Cubasis LE2 for iOS - both very capable DAWs with their own plug-ins and production tools. Cubasis for iOS is definitely among the most powerful mobile DAWs ever made, and the fact that it runs just as well on recent iPhones as it does on iPads is quite a feat of engineering by the guys at Steinberg. It also means that even if you don’t have a computer - or your computer isn’t particularly powerful - your iPhone can do the work. Of course the EVO 4 interface works with iOS devices as well as computers - though you may have to add a specific cable (like Lightning to USB-C) for your particular model. 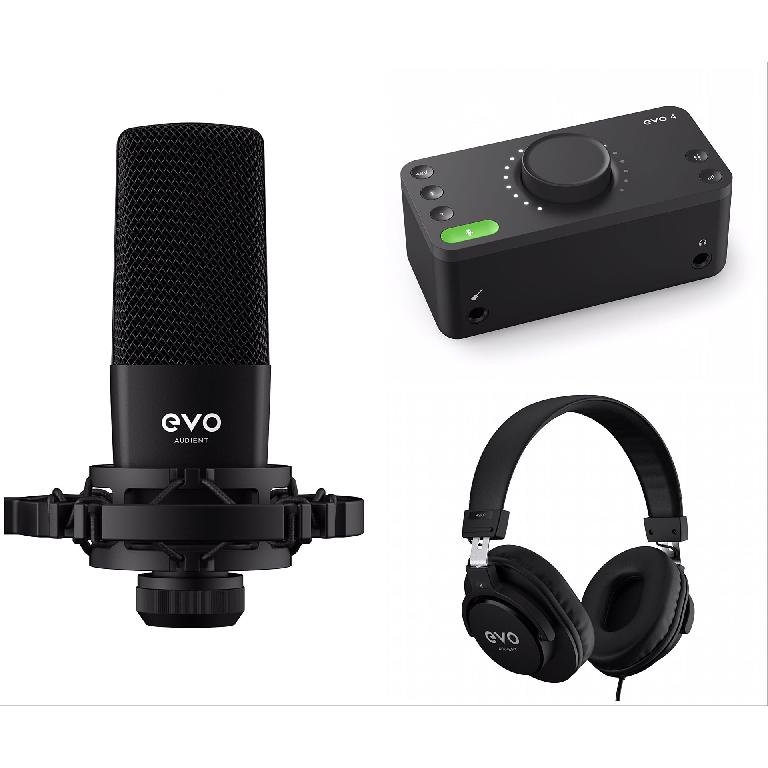 You also get some extras including Steinberg Retrologue 2 LE, Waldorf Edition 2 LE and M-Tron Pro LE, all for desktop, and sound sets from Loopmasters as well as Two Notes’ Torpedo Wall Of Sound, a speaker and mic simulation plug-in for shaping your recordings.

If you’re only after something to podcast with, a USB mic may well do you just fine. But any kind of music recording, be it vocals, percussion, acoustic or electric guitar and the like, really requires a more professional setup. Audient has included everything here that you need to get up and running from scratch and the results are excellent. It’s easy to set up and use, and features like Smartgain take the worry out of recording even for complete newbies.

There are two inputs so you could of course add a second mic, or plug in a mic and a guitar - how you record is up to you. And monitor out to powered speakers or via headphones, with the clever LED dial giving you visual feedback. Set things up or control them from the EVO app on your computer, and record into Cubase on your computer or iOS device. Or indeed any other software you may have. It’s as simple as setup gets for pro recording, and the results are great. At the price, it’s a studio in a box.

Cons: Which varieties of USB cable come included will be an issue in music tech for a few years to come.