Going far beyond what a regular MIDI controller can offer, Artiphon's Instrument 1 opens up a whole new world of performance. G.W Childs is suitably impressed...

MIDI controllers for many of us who use DAWs as well as outboard gear are no longer as necessary as they once were. Music applications have made it very easy to simply input everything without ever having to touch a key. But what if someone made a MIDI controller with some soul? In this review, I’d like to tell you about a MIDI Controller from Artiphon, known as Instrument : A MIDI controller that feels more like an instrument than any MIDI controller I’ve ever worked with!

Its easy to see why Instrument 1, the brainchild of the fledgling company Artiphon, blew up. It’s a tiny representation of a guitar, with a bridge that you can strum like real stringed instrument and potentially allows you, through MIDI, to physically emulate any guitarist you want, all while triggering a software instrument. However, when devices like go from Kickstarter dream to reality, most of us who have seen guitar-ish MIDI devices come and go for several decades usually know better than have a look. It’s probably great for a 15 year old with an iPad. Not for a real musician. 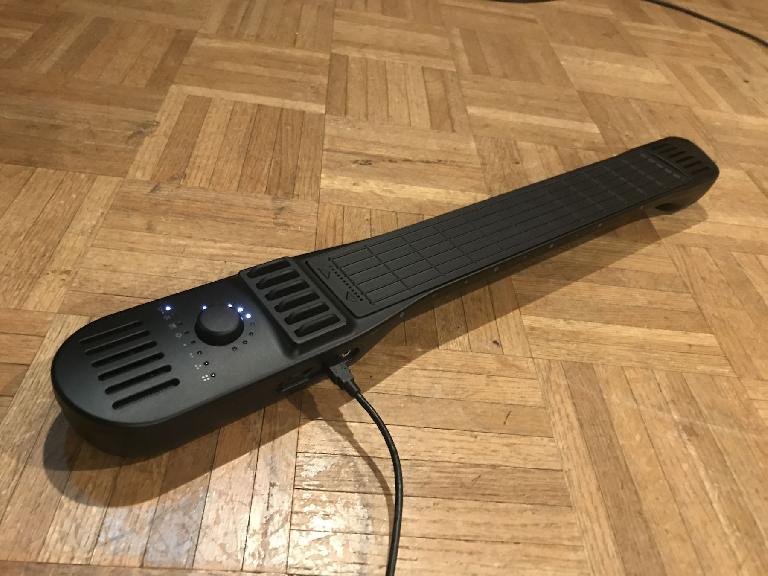 Let me tell you, this is not the case here. A few minutes in to the Artiphon editor for Instrument 1, you’ll quickly gain an insight that the small, slender controller is chock full of features (MPE, Arpeggiator, Aftertouch) that even the most ambitious of tweakers would salivate over should they take the time to look.

How Does It Feel?

Before I get to all of those features, I should probably mention the physical build and quality of Instrument 1. It comes in a slick, magnet-sealed box that is definitely durable enough to act as a short-term, short-distance travel case. And is in fact built to resemble a guitar case of sorts, housing all of the included cables underneath the bridge of Instrument 1 under a small foam panel. Instrument 1 itself is a real beauty to hold as well as experience. Since there are hardly any moving parts besides the Control knob at the base and a power button, you don’t have to worry about anything falling off or getting snagged. It’s almost like holding a solid piece of light plastic but it’s light enough that you sometimes question whether you are holding anything at all. 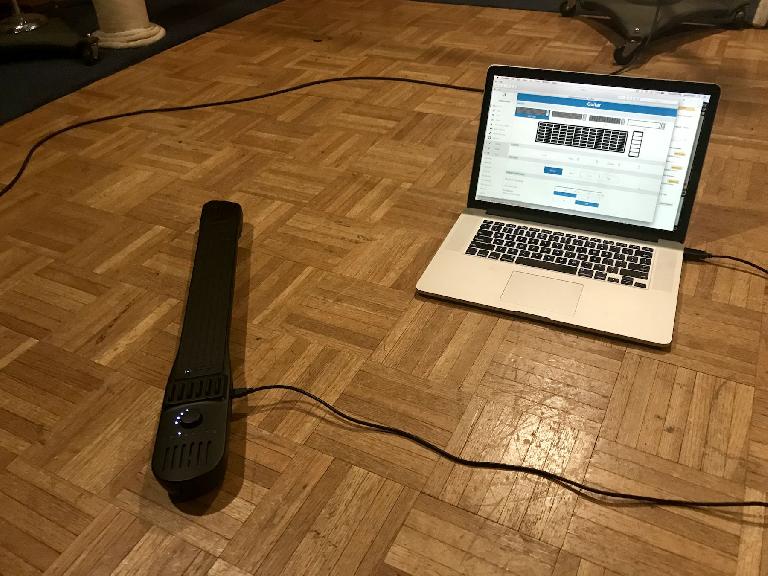 Once you start playing Instrument 1, you quickly begin to realize that you are holding something other than just any old MIDI controller. The default Guitar mode, my first time out with Instrument 1, eerily allowed me to strum a favorite soft synth of mine, KHS One, in a bell patch with what feels like no latency whatsoever. And it was expressive enough that I found myself wanting to use the alien interface of guitar mode more, as it is so nostalgic with music which I grew up with. Guitar mode really is just the small tip of the iceberg when it comes to Instrument 1. 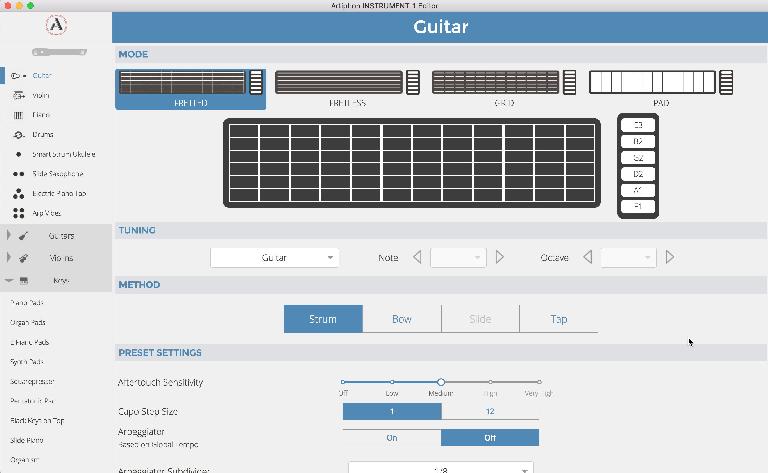 As an Ableton user I was delighted to discover that there was a Grid mode, where the rectangles of the plastic fretboard suddenly become individual grid buttons (72 buttons in total), similar to an Ableton Push, making it one of the smallest, most portable grid based controllers out there. Granted, there are no LEDs to mark which clip you’ve triggered. But having quick, easy access to a controller on stage that allows access to that many clips slots and / or MIDI notes more than makes up for it. And to be honest, I really like that there aren’t a ton of LEDs. What separates Instrument 1 from being as garish as a Keytar is that it's very subtle in appearance and draws almost no attention to itself (especially in black). You can lay low in a session without anyone seeing much of it. But because there are slots for an optional carry strap, you can also get up and start moving around as you play some monster power chords.

Speaking of moving, Instrument 1 does have an internal accelerometer. So you can choke and move the neck around and use it to interact with the Mod Wheel channel of whichever soft synth or hardware synth you’re currently working with. Additionally, you can do pitch bends by moving around the plastic molded strings on the fret board. There’s even an amazingly simple yet utterly complex function known as smart strumming that will causes the last strum you just performed to repeat at specified resolutions for as long as you continue to hold your hand on the upper frets. It’s kind of like having an AI guitarist running in the background that tries to drop in a few additional strums for you at strangely opportune moments. You kind of find yourself relying on it. 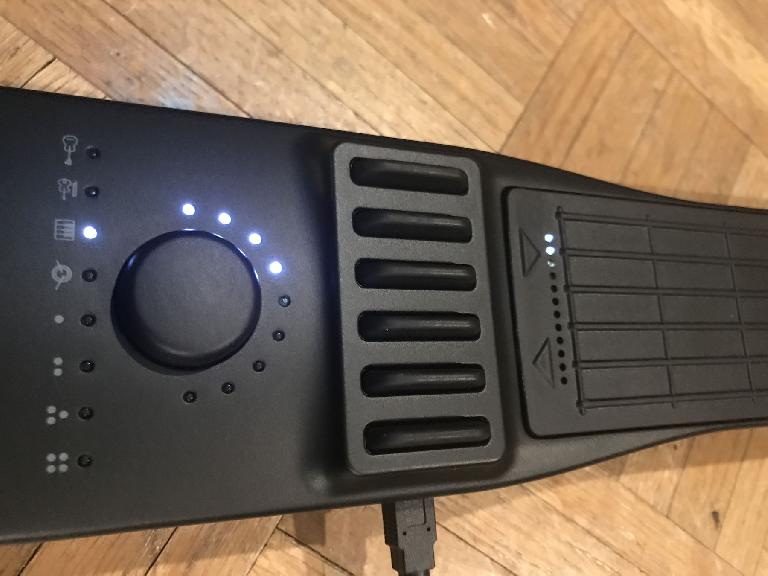 If you’ve ever spent any time with an E-bow, you’re going to love the Fretless setting. Once enabled, the frets of Instrument 1 become inactive and you can begin gliding your way all the way up the fretboard. This is extremely cool with synths that have portamento enabled as you can create hoover style synth sweeps in a fun, expressive way unlike any other. It makes playing synth bass a whole new experience. 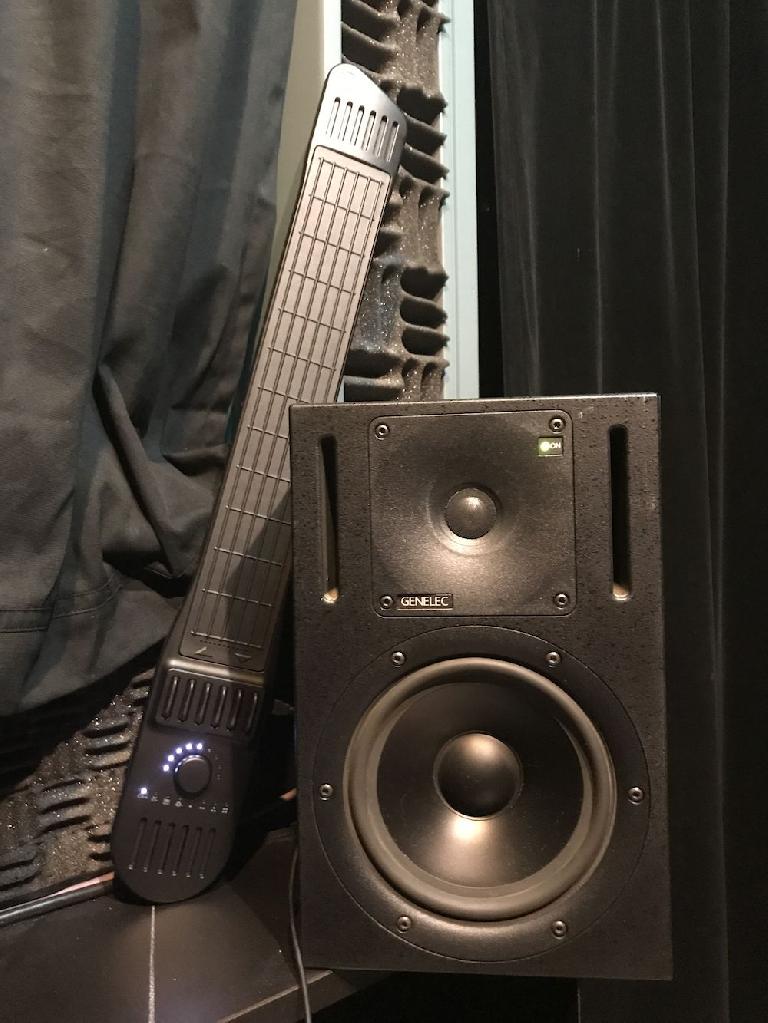 If you download the Ableton Template for Synth 1, you’ll gain a very cool performance environment where you can actually tap in to Instrument 1’s MPE, or Multi-Dimensional Polyphonic Expression capability, where 6 MIDI instruments can be controlled at once, per each string of Instrument 1, and every note has its own MIDI channel! Polyphony concerns go out the window here. This is a little mind bending at first, as you suddenly gain power of 6 synths and can pitch bend each instrument by pressing down on the fret harder, or raise the neck and modulate them. Could you imagine running six instruments in a show off of one controller while having access to all of them at once? It can happen right here. 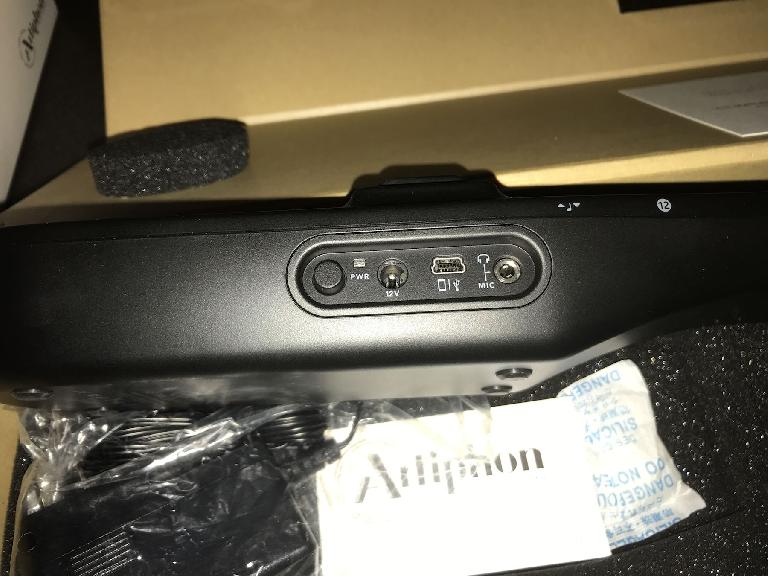 In addition to being an extremely expressive and valuable controller for many reasons, iOS users and laptop users alike will also treasure the built-in audio interface and speakers residing within instrument 1. Mike Butera, Founder and CEO of Artiphon stated that, being a violinist, he wanted to build a controller where he could feel the vibration of the audio in the instrument as well as accommodate a lifestyle that requires technology be somewhat on the go with an instrument experience and interface that feels authentic and real.

With speakers at both ends, you are very much surprised when they first come on, and you find yourself hearing a mix, in stereo, on such a small controller. What’s crazy also is that they sound really good for small speakers - definitely better than laptop speaker quality and good enough that you could use them as lo-fi speakers for dialing in final mixes.

Artiphon really won me over as a first time user and as a fellow musician that is kind of tired of the same old grid-based MIDI controller interfaces. I’ve really had a desire to move when I make music the way you can with a guitar. I’ve really had a desire to get and perform some sick fret slides in my work. What better way to accomplish this than with synths that I already own? But through the control of a device that really does bridge a gap between several different play styles. What better way to think outside the box? If I can’t come up with a good hook on my keyboard, I’ll just switch over to a fretless bass way of playing it, with a little arpeggiator to back me up when I get sloppy. That’s what Instrument 1 accomplishes and it does it with the same grace that it would take to flip a switch on the body of a guitar. Beautiful, and no small accomplishment.

Cons: Power button gets bumped on accident sometimes, when it’s sitting in your lap, due to location. Might be a little pricey for some.

Learn more about MIDI sequencing and performance in the Ask.Audio Academy here: https://ask.audio/academy?nleloc=category/audio/topic/midi

Jay Asher
Will they be at NAMM?
Rounik
Hi Jay. Indeed Artiphon will be at NAMM this year at the Hal Leonard Booth. Say hi to them from me :)

Jay Asher
Cool, will do.