Language
For many pro producers, Antelope Audio will be well known for audio devices with excellent clocking and sound quality. Matt Vanacoro puts their USB & Thunderbolt Orion Studio interface to the test.

Antelope Audio is known for making high-quality audio devices with absolutely stellar clocking, specs, and sound quality. When I heard the company that boasts Igor Levin as its inspiration and lead designer had a modern Thunderbolt interface available for me to review, I pounced on the opportunity. After all, my very first audio interface as a young man in college experimenting with recording and computers was the Aardvark. I couldn’t be more excited to see what Antelope envisioned as a ‘modern interface’. Let’s take a look at what they’ve made.

Audiophile, High-End, or Something Else? 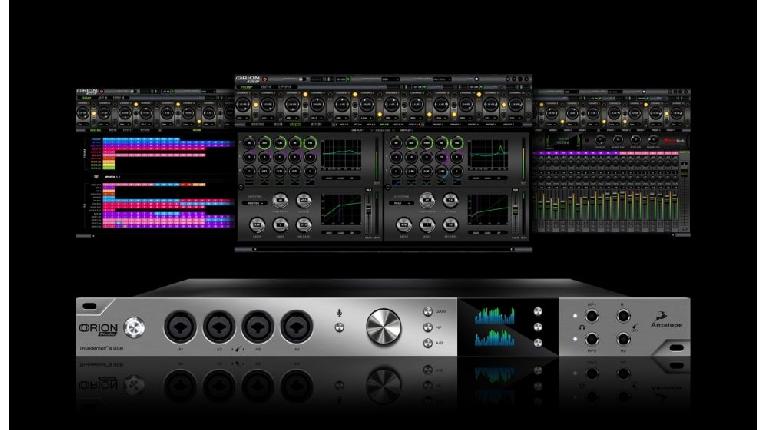 Antelope has definitely made a name for themselves with gear that is often classified as ‘high-end’ or ‘audiophile’ in quality. I began to wonder, what would an audiophile’s audio interface look like? What sort of things are modern interface designers trading off in order to make devices sell better or more mass marketable?

The Antelope Orion Studio absolutely looks and feels like a high-end piece of equipment. From the high-resolution display to the beautiful glass and metal that makes up the front of the device, this thing absolutely screams ‘professional’. The meters on the display were very readable and responsive, the knobs and buttons are metal and feel incredibly sturdy, and the ¼” XLR connections are all tight and solid.

How Does it Sound?

The sound of the Orion is absolutely stunning from end to end. The microphone preamps have plenty of headroom, and the noise floor is absolutely nonexistent. I found the preamps to be wonderfully warm—something that I had my ‘radar up’ about as I have found some high end interfaces to be a little too ‘transparent’ for my liking on the preamp side of things.

Antelope has provided a staggering amount of software control with the Orion. The included software allows you to route just about anything to anywhere. Want a zero-latency mix combining both inputs and software returns? No problem. Need to record a guitar direct but want to have a little amp simulation in the headphones to inspire the guitarist? Antelope has you covered. With a ton of top-quality effects all included with the Orion Studio, you can run a large library of EQs, Compressors, Amp Sims, and Reverbs all on the DSP of the device without having to worry about increasing your CPU load. You can also control every aspect of the hardware with an iOS app as well as the included software. 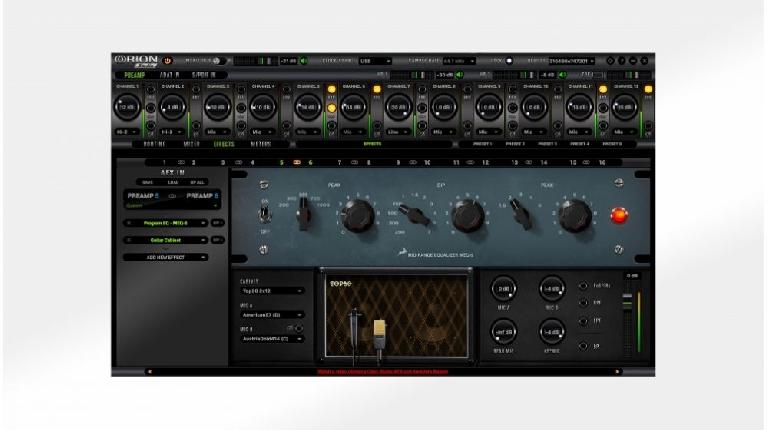 Perhaps my favorite feature of the Orion Studio is the I/O. You get 12 mic pres to utilize, making recording an entire band with a single interface a breeze. There are some fantastic guitar-centric reamp outputs available, plus 16 channels of I/O available via ADAT along with 2 channels of S/PDIF. Most audio interfaces in this class provide 8 inputs, and the extra 4 inputs are an absolute blessing. With 8 inputs dedicated to recording a drum set in your home studio, you can still get a guitar, bass, and 2 vocalists into the mix without having to augment your device with ADAT I/O (which you can still do, should you choose). 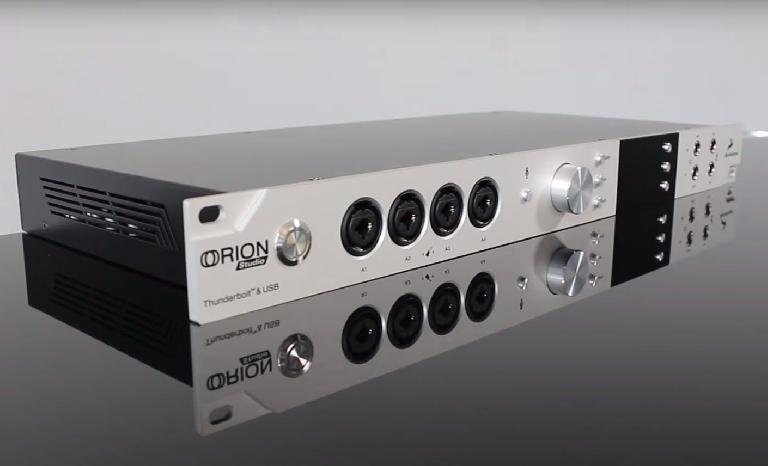 The Orion Studio is a fantastic piece of gear that can be the central hub of any studio. The software took me a bit of time to set up and get used to, but once I had it up and running the Orion felt absolutely rock solid. It looks great, sounds fantastic, feels reliable and solid—everything a high end piece of studio gear should be.

Price: $2795
Pros: Stellar sound, incredibly flexible routing and monitoring, included DSP for plugins, Thunderbolt and USB connections, rock solid clocking, mastering-grade monitor outputs.
Cons: The software may take a little time to get used to for newbies, but the payoff is worth it. This device can be the center of your entire studio with ease.
Web: http://antelopeaudio.com/pro-audio/thunderbolt-usb-audio-interfaces/orion-studio-audio-interface