The Discrete 8 microphone preamp and audio interface from Antelope has some interesting tricks up its sleeve. Paired up with the modeling power of the Edge microphone, the Discrete 8 allows for a significant level of tonal flexibility and will definitely shake up your workflow.

The Discrete 8 interface itself looks sleek and modern. Antelope has taken a minimalist approach for the front panel in terms of buttons and display, but everything is highly functional. There are 2 mic preamp/instrument inputs on the front panel as well, a convenience that many will appreciate. The LED display feels a little low-res, but definitely shows what it needs to show. There are 3 word clock outputs to spread the precision clocking love, coaxial digital I/O as well as optical, 8 great mic preamps, 2 ‘reamp’ outputs for sending instrument level signals, and 8 analog outs on D-SUB.

The Edge mic is simply breathtaking. Everything from the packaging to the included shock mount/wind screen combo simply screams ‘you are living in the future’. The brushed metal look definitely impresses at first glance, and the hefty ruggedness of the mic exudes confidence in the build quality. 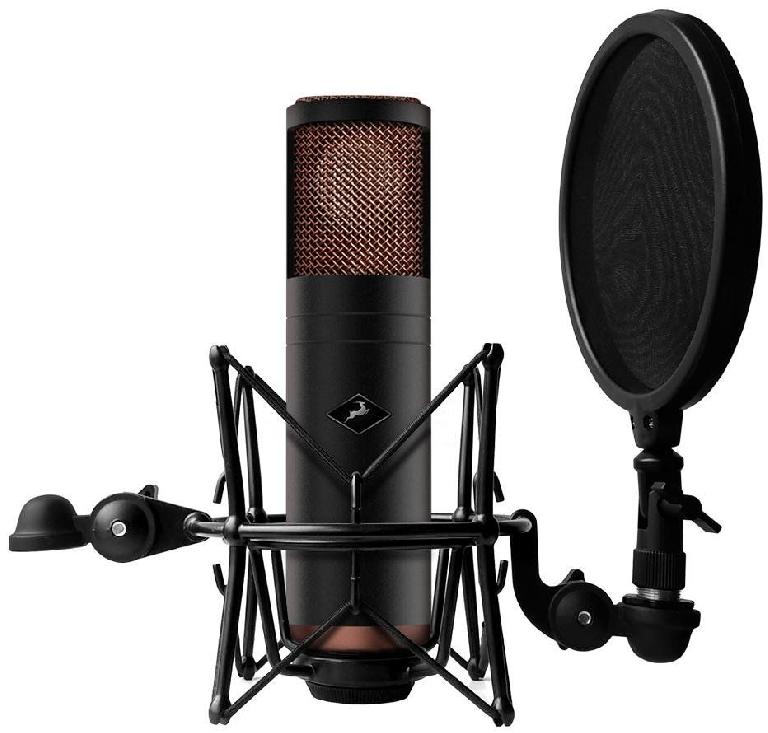 The mic has a custom dual XLR cable that occupies 2 spots in your preamp for a very cool reason we’ll get into later. You plug the Edge into 2 preamp spots on your Discrete 8 and activate the microphone emulations through the Discrete 8’s control panel. The mic emulations are accessible in an easy to find spot just near the mic pre’s gain in the software. You can select from a variety of microphones. There are 4 available now, but there are a bunch more on the way.

To test out the Edge/Discrete workflow, I recorded a few short guitar and vocal samples. I started with Edge’s ‘base model’. The Edge itself is a really great microphone, and should not be dismissed simply in favor of using a fancy model!

Here’s a sample of the Edge recording a short guitar strumming pattern.

I was definitely happy with the result, especially for a single mic setup! I then loaded up the Berlin 47 mic emulation to see how it responded.

I was really blown away. Having used mic modeling wayyyy back in its infancy, I didn’t really expect much. I had never heard anything I couldn’t accomplish with a little time and a good EQ. The Edge, however is completely different. The physical characteristics of the mic feel quite altered. The proximity effect, pickup pattern, and just the entire character of the mic actually felt different when I was recording. Of course with Discrete, all of the modeling and effects utilize the FPGA engine so everything happens in real time with no latency.

Moving onto a vocal sample, I tried the base Edge model with a simple voiceover.

Again, I was quite happy with the result of the Edge’s default sound. I quickly loaded up the Berlin 87 emulation, one of the most revered vocal mics of all time.

The differences in the feel and response of the mic were much more apparent when using my voice. I probably spent an unreasonable amount of time simply moving backwards and forwards to play with the pickup pattern and see how it felt different. The Edge model was very revealing and precise, but the 87 felt extremely musical and ‘forward’ if that makes any sense. I definitely felt like a lead vocal or narration would cut through just about any dense mix. 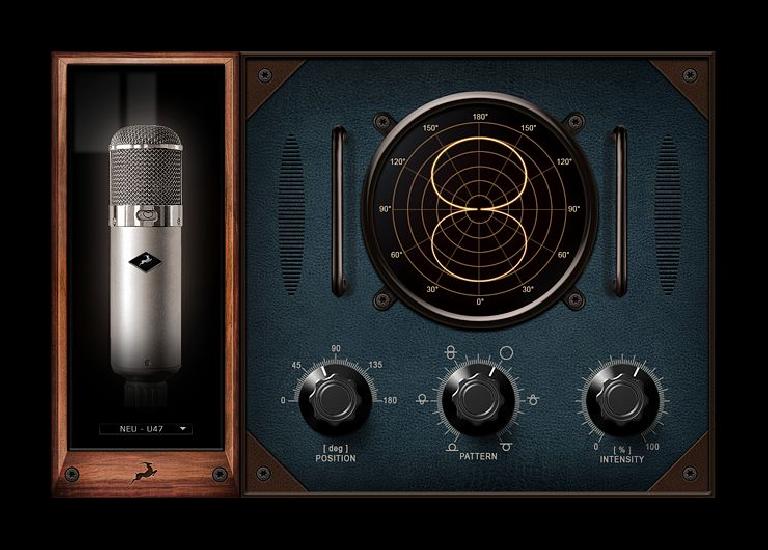 When using the Edge’s default model, you can even utilize the bi-directional nature of the pickup pattern and record 2 channels completely DISCRETEly (I see what you did, there, Antelope). In other words, you can place one single mic between 2 sound sources and get 2 tracks of audio completely separately. It’s just another tick in the convenience category that makes me like the Edge and Discrete combo even more.

The Discrete 8 and the Edge combo is really an amazing pair. Antelope Audio just threw down the gauntlet and proved that mic modeling is here and accessible to everyone. The Discrete 8 is a fantastic interface in its own right with a compliment of effects, wonderful sounding preamps, and precise clocking… but adding the Edge brings this package to the next level. What’s more, is that this package is priced quite nicely.

Cons: I wish they would hide some of the ‘housekeeping’ things like the audio network IP and such to ‘clean up’ the software control panel a bit.