Can great things really come in such small packages, and at under $100 per speaker? Matt Vanacoro was pleasantly surprised when he road tested the Alesis M1 Active MK3 monitors.

It’s monitor madness here at Ask.Audio’s eastern HQ, and I’ve had the wonderful opportunity to have a different set of monitors in my studio to check out every month for quite a while now! The latest pair to grace my isolation pads are the Alesis M1 Active MK3 5” active studio monitors. I’d used the M1s in many a studio in their previous iterations, and I was both excited and curious to see how the latest active offering in the M1 line would fare.

The first thing that I noticed upon unpacking the M1s is that they are built incredibly well, and have the ‘heft' of a professional feeling piece of gear. Honestly, they definitely feel more pro than their $99 price tag. I unboxed them, hooked them up and got a nice view of the rear panel. There’s a single XLR-1/4” combo input on the back, along with a volume knob and a power switch. That’s it. These speakers were dead simple to set up. 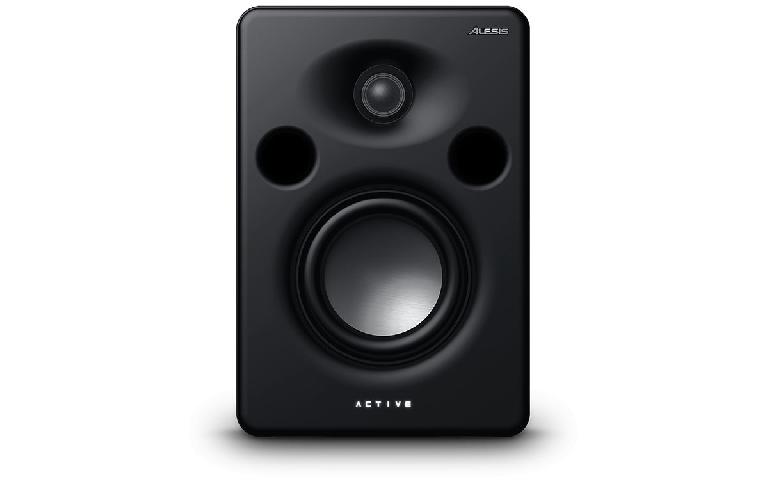 Once powered up, the ‘active’ logo at the bottom of the monitor lit up with a futuristic glow. It’s kind of cool that when the monitors are ‘activated’, the word ‘active’ glows. Not subtle, Alesis… but still cool. Oddly enough, a few folks had voiced some complaints in the past about the blue LEDs on the old models. I know we’re all against blue lights for sleeping purposes nowadays, but I typically want to remain alert in the studio so that seems silly to me. I’ll grant it, though, the M1s look very cool. The rubberized chassis is reminiscent of some more more expensive designs, and I really liked it. 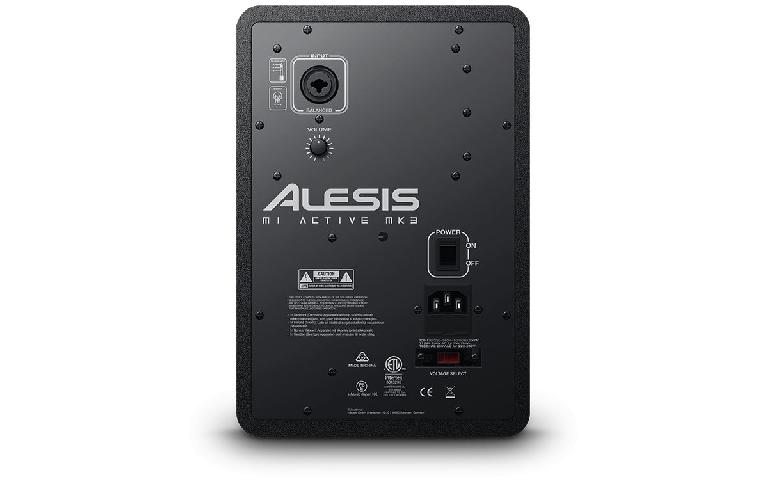 After playing back some tracks in Logic I immediately ran to the back and turned down the M1s. I have to admit, I underestimated how much power could come out of that little 5” speaker. It felt like a lot more than 65 watts. The M1s were able to push a lot of sound my way, and it had plenty of clarity and little to no perceptible distortion. Not what I was expecting for the price and size, but most welcome.

The two front-firing ports built into the face of the monitors absolutely give it some heft and clarity in the bass area. I was impressed by the bass response almost as much as I was impressed by the overall volume. These monitors have punch and clarity, as well as very good spread and imaging. I didn’t feel like the sound was ‘localized’ only from each individual monitor, I got a very pleasing spread from right in front of me.

I felt like the speakers accentuated the upper mids / lower highs in my mix compared to some of the other monitors I had used lately. Not necessarily a bad thing, since I’m of the mind that the right monitors will give you the sound you are looking for, not necessarily the most pleasing sound. If this doesn’t necessarily make sense, check out Joe Albano’s awesome article on what to look for when setting up studio monitors.

The Alesis M1 Active MK3s are most definitely excellently designed, great sounding, and amazing value for their price tag. I’d love a power switch on the front, but that’s my own little personal ‘soap box’ to stand on regarding studio monitors. At a hundred bucks per speaker, I really don’t see how anyone could expect more from these. They’re an excellent addition to any studio.

Pros: Amazingly priced, beautiful design, detailed lows, dead simple to set up and use, excellent power for the size.

Cons: Power button on the rear, slight accent to the upper mid frequencies

Please consider supporting the free news, reviews and workshop we bring you at AskAudio by subscribing to the AskAudio Academy and getting access to hundreds of hours of pro audio training.